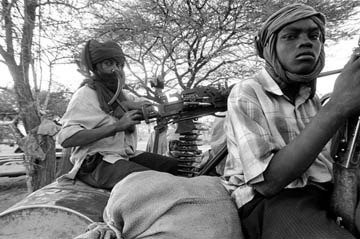 A PHOTOGRAPHER is a witness. Witnessing war is one of the ultimate human tragedies.

War photographers are accused of being adrenaline junkies. Continually on the hunt for the next war, the next picture, they shove their lenses into the faces of their traumatized victims.

They are portrayed as voyeurs of suffering, and scavengers of the worst that humanity has to offer – mere human robots snapping pictures in the theater of war.

But there is a price to be paid for viewing all of this suffering.

The photographers all spoke of filming scenes of such grotesqueness that they knew the photos would never be published.

According to a study published in the Columbia Journalism Review, war journalists had significantly more post-traumatic stress disorder (PTSD), depression, and psychological distress than their domestic counterparts.

The war group also experienced a rate of PTSD over the course of their lives that far exceeded that of firefighters and police officers. In fact, war journalists approximated the PTSD rate recorded in combat veterans.

The photographers in the study all spoke of filming scenes of such grotesqueness that they knew the photos would never be published. Yet, even in the light of public squeamishness or editorial sensitivities, they felt compelled to record a visual testament.

Although the images never went further then the vaults of their mind, the collective weight of their memory would often intrude on their waking consciousness and nightly dreams.

With all the invasion of privacy, with all the peril, there is still this sense of mission.

Nachtwey believes his photography serves a purpose beyond visual remembrance.

He knows the gripping effect his photographs will have on people, and he has never stopped hoping that this effect will serve to stop the war, the hunger, and the poverty that is portrayed in his work:

“It’s more difficult to get publications to focus on issues that are more critical, that do not provide people with an escape from reality but attempt to get them deeper into reality. To be concerned about something much greater than themselves. And I think people are concerned. I think quite often, publishers don’t give their audience enough credit for that.

In fact, at the end of the day, I believe people do want to know when there’s some major tragedy going on; when there’s some unacceptable situation happening in this world. And they want something done about it. That’s what I believe. We must look at it. We’re required to look at it. We’re requited to do what we can about it. If we don’t, who will?”

There must be a reconciliation of the opposites of viewing the ugliest of humanity versus the beautiful good that humanity can create. 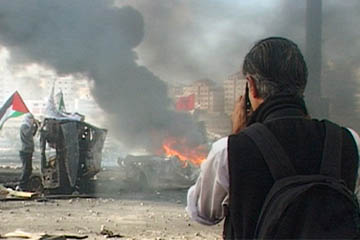 After 20 years of being a war photographer, Don McCullin wondered, “…these moral questions, later on, they came to haunt me.”

He speaks of a time when he was in the Congo, where the government soldiers had rounded up some young rebels fighting for Patrice Lumumba, and they were stripped, and the soldiers were goading them with rifles.

The young rebels looked at Mr. McCullin, pleading with him, with their eyes – to save them. There was nothing he could do. The government soldiers would have shot him.

As a witness, he took the picture, recognizing that he could be castigated for doing so. The photo, and the moment, will not be forgotten.

“I don’t approach these people as places as current events,” says Mark Brecke, a war photographer who travels light, and alone. “That’s not why I do this.”

Brecke speaks of the people he has encountered, of stripping it all to the bare bones. He says, “It’s as if, in the face of it, stripped of everything else, they find the center, something spiritual – that thing that is most human.”

Even so, there is only so much humanity a human can take. “The day after a Congo grenade attack, I paid a guide to take me into the mountains to photograph the silverback gorillas,” says Brecke. “I’d had enough of people for a while.”

Perhaps this is why Don McCullin retired to Somerset, land of Arthurian legend, where he now gardens and advocates for the preservation of the English countryside.

Mixed within the fruits and berries of his garden pictures are Indian Gods and Goddesses. “I think I’m allowed to use this as a kind of herbal medicine for my mind,” McCullin says. “To love the environment where I live.”

*If your goal is to be a travel photographer, the MatadorU Travel Photography program has the resources you’re looking for.