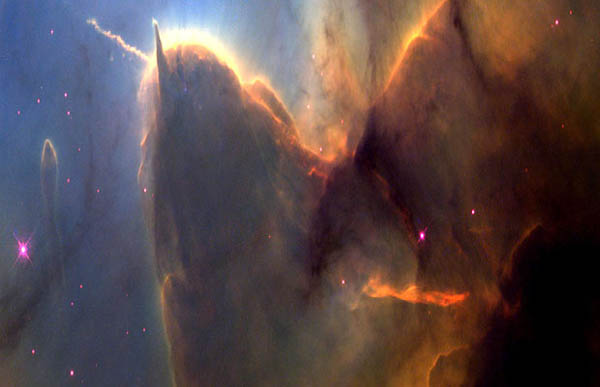 After a few decades of relative calm, the US aims to rekindle the space program and aim for the red planet.

His speech mentioned “a sequence of deep-space destinations” and “progressing step-by-step until we are able to reach Mars.” As I watched his speech, I couldn’t help but wonder if this will be the catalyst for a new age of space travel and human discovery, as happened on Earth five centuries ago.

There’s also the distinct possibility it will lead to the overturning of the current theory of everything, just as humanity slowly accepted the Earth was not flat half a millennium ago.

This week, news from space offered hope of finding life on planets orbiting dead stars; but also cast more doubt on finding life outside our solar system. It has also been discovered that some planets do not orbit their stars in the same rotational direction, which is the reverse of the dominant scientific theory.

One thousand years ago, Europeans must have looked out at the Atlantic Ocean and wondered what lay beyond the horizon. Maybe they thought that God had created the world to keep some knowledge beyond humanity where nobody dared to venture. 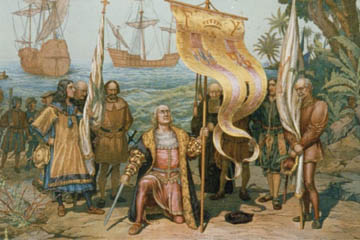 Then Christopher Columbus traveled towards the horizon, and beyond it, to start the European migration to the ‘New World.’ Columbus thought he had reached Asia, yet of course, we now know that he reached a whole new continent previously unknown to him.

Thousands of travelers now cross the sea and horizon by plane and boat every day. On clear nights, many people look up at the sky, marveling at the colours created by the sun rising or setting, and wonder what is really out there among the stars.

Just as we have mapped much of our planet today, our descendants will know our universe as we now know Earth, and look back at our limited knowledge in the same way we viewed world geographical knowledge in Columbus’s age. It is likely they will be able to experience space as we now travel around the Earth.

From Moon Landings to Hubble Images

While flying machines are still in relative infancy, telescopes have four times the history, as they were first invented in the early seventeenth century.

Four hundred years of innovation have seen them reach incredible power and intricacy; the pinnacle of the technology is the Hubble telescope that is circling the planet to bring amazingly clear images from galaxies and nebulas almost too far away for us to comprehend.

The only equivalent in Columbus’s days might have been the stories and images brought back to Europe by Marco Polo and other travelers to the Far East. As some of those fantastic stories were proven to be accurate, while others were mistaken identities or downright falsities, the same might be true of our current perceptions about the physics of the universe.

It is currently believed that the Cassini spacecraft has discovered liquid methane lakes on Saturn’s moon Titan, which if true, is the first surface water found anywhere else in the universe.

NASA also believes they have discovered forty planets outside our solar system, and within a decade, they hope to find one in a habitable zone: the right distance from the sun to retain water on its surface.

While we are starting to map the solar system as Columbus began charting the Americas, there had been a long history of sailing before those expeditionary voyages.

Just over forty years ago, the Apollo missions took the first humans to the moon.

While this was a momentous achievement, if space exploration takes us to the edge of our solar system, or even out into intergalactic space, the moon landings might one day seem more like one small step rather than a giant leap.

Don’t miss the Top 10 Images Taken By The Hubble Telescope.

What do you think of the new age of space exploration? Does it ignite wonder or skepticism? Share your thoughts in the comments!