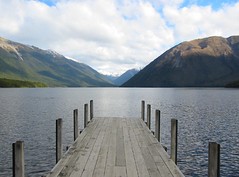 Kim Greene reveals why holding too tightly to rigid travel plans may hurt your journey.

Travel is one of the rare circumstances in life that reveals something new about the traveler with each journey.

Earlier this year, I was called to “The Land of the Long White Cloud” by chance. Instead of visiting friends and staying in the bustling metropolis of Sydney, I flew 9,292 miles to rent a campervan and drive around New Zealand’s South Island.

I knew it was going to be a different kind of journey for me when all the gear had been packed into the van and we set off down the road, heading toward a general area a few hours away that had been recommended by a local barber just the day before.

Herein lies the eternal struggle: whether to fight for control of a trip or let the destination determine your course. Follow the pre-planned route and make the right turn to the next big thing, or decide to take the longer road through a smaller town, known among locals for its artisans?

On the surface, it seems an easy decision to make. Many of us prefer planning for logical, practical reasons. Usually we’re only in a destination for a finite period of time, so it makes sense to maximize the time visiting the best an area has to offer and minimize the time making decisions or getting lost.

After all, daily life in most of the Western world is all about personal control.

But by its very design, planning doesn’t account for the things that could – and inevitably do – go wrong: transit strikes, flash floods, airport delays, and the like. Even more infuriating than a wrench suddenly being thrown into the plan is the fact that there’s no way that anyone could control it.

After all, daily life in most of the Western world is all about personal control – what size latte we order, what clothes we wear, what decisions we make at work, what activities we choose during our spare time.

From programming the TiVo to ordering dinner, the outcome of our choices serve as a constant reminder that we are ultimately in control of what we receive and that goods, services, and experiences should cater to our needs and expectations.

But even though it’s easy to stay in that state of mind, travel often presents opportunities to relinquish control and see the world as it is, rather than how we assume it to be. 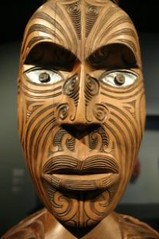 “I like having an idea of the things I want to do so I don’t miss something,” says Kelly St. Hilaire, 27, a human resources generalist who takes more frequent, smaller trips. “But I think when you plan too much it’s more stressful. I don’t want to have to be somewhere because my schedule says I have to.”

When it comes down to it, what’s there to lose by pulling over for an impromptu pit stop? What’s wrong with backtracking and heading to a town that’s not on the itinerary? What’s to be missed by further exploring a great location rather than racing off to the next must-see?

“Some people want to know exactly what to expect. I would hate to travel that way because it takes all the fun out of it,” said Sara Kriegel, 29, who most recently visited India earlier this year.

“What’s to be gained is actually experiencing another place and learning more about how other people live; seeing something you might’ve missed if you were just walking around with your nose in a guidebook. I would rather experience something I can’t just read about.”

The key is realizing that if you approach a location with an open mind and good company, the trip most certainly won’t be filled with regrets. Sure, being logical and prepared is basic common sense, especially when visiting a culture vastly different than your own.

Allowing for more freedom during traveling, however, also allows for opportunities that couldn’t be planned.

Allowing for more freedom during traveling allows for opportunities that couldn’t be planned.

Within a few days of driving around the South Island, my yearning to grab the guidebooks calmed to an appreciation of what was being seen and done at each moment.

So although this meant being unable to find a open pub in Greymouth on a Tuesday evening (who knew the city shut down at 8 pm?), it also meant spontaneously hiking, fishing, glacier climbing, skydiving, and horseback riding – as well as sleeping in almost every morning.

It meant deciding where to go based on the weather and picking up hitchhikers who were wandering in our general direction. It meant being ready for all that couldn’t possibly be penciled into any schedule.

How long would you allot for gazing at mountains or wandering into a ravine on the side of the road? Talking to a farmer at the local outdoor market? Taking the metro a stop too far and discovering a new neighborhood?

Kim Greene has written for several publications, most recently the New York Resident. She works at a publishing house in New York and her travel plans for the next year include jaunts to Ireland and Canada.
Tagged
Travel
What did you think of this story?
Meh
Good
Awesome