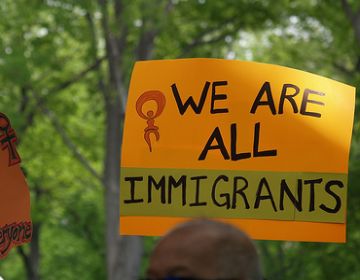 A Southern Poverty Law Center (SPLC) report noted that the number of “militias and other extremist organizations that see the federal government as their enemy” jumped up immensely in 2009, with active Patriot groups increasing a whopping 244%.

Yep, you read that right – two-hundred and forty-four percent.

Seems it has been more than a decade since some of these groups have really seen the light of day, but the social climate suddenly became “ripe” for their re-emergence. According to the SPLC, these Patriot groups:

Define themselves as opposed to the “New World Order,” engage in groundless conspiracy theorizing, or advocate or adhere to extreme antigovernment doctrines.

“The people associated with the Patriot movement during its 1990s heyday produced an enormous amount of violence, most dramatically the Oklahoma City bombing that left 168 people dead.”

Maybe even more frightening is the surge in “native extremist groups”, ones that actually harass or are violent toward immigrants and foreigners, with the number of these groups growing from 173 groups in 2008 to 309 in 2009.

Besides the fact that physically threatening people from other countries is bad enough, what does this mean for travelers? It seems to me that in the end these hate groups will, understandably, drum up more anti-American sentiment throughout the world, not to mention give more ammo to terrorist organizations abroad.

Fear-mongering in the States usually equals a backlash in other countries, and unfortunately travelers who are open-minded and wish to connect with other cultures end up receiving the brunt of that anger.

Fear mongering in the States usually equals a backlash abroad.

Plus, there is the whole notion that we are supposed to be getting closer as a world, understanding each other more, and trying to connect across land and barriers. This type of news just seems to utterly refute that belief. It’s more than a bit disheartening.

At the same time, I guess it’s not necessarily newsworthy to look at the increase in people who are traveling, connecting, and bridging between different cultures, is it?

What do you think the rise in hate groups in the US means for travelers all over the world? Share your thoughts below.