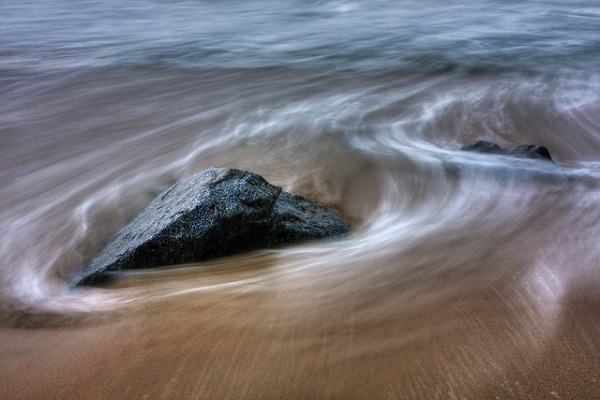 As Christine Garvin takes her leave, she wonders if we can ever not feel loss when something in our life comes to an end.

MOVING ON is rarely an easy thing. For me at least.

No matter how much I love to travel, no matter how much of a rush I get out of stepping off an airplane onto soil that hadn’t previously made its way in between the grooves of my soles, stepping back onto that airplane to go somewhere else always leaves me with a sense of loss.

Even on Thanksgiving Day, looking in the bathroom mirror at my parent’s house as I washed my hands, I was brought back to that biting sensation I felt leaving their home after a Christmas visit two years ago. And I’m not even close to my parents.

And so taking leave of editing BNT, which I have done for the last 21 months of my life, is certainly bittersweet. I’ll still be around Matador of course, and I’ll continue to contribute articles now and again to stay in the ‘what the hell are we all doing here?’ conversation. But I guess we all have to take with us even the slightest notion that we’ll be missing something important when we venture in a new direction.

Then again, I guess we end up losing something just about every day.

The great explorers throughout time often had to leave their family and everything they knew behind, possibly permanently, in order to follow their inclinations (and hearts); even if we just move a town over from where we grew up, we give up walking over to our best friend’s house, sharing a late afternoon glass of Chardonnay with the wise-but-crazy Mrs. Stanyon, and leaning against the smooth bark of the tree down the street.

Then again, I guess we end up losing something just about every day. Spending money, ending a phone conversation with a friend, watching a child go to their first day of school. Experiencing a father’s death. Endings are a part of everything we do, even when the flip side is an inspired new beginning. 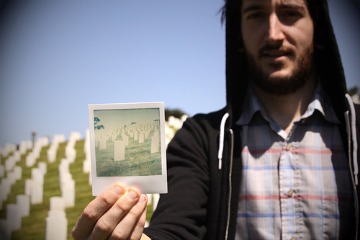 And that’s just it – the money might have bought the computer you’ll write your first book on; the phone conversation could have been the inspiration for working on a new project together; a child’s first day at school is often a ritualistic introduction into the next stage of their life, even as they leave their childhood behind. Life slowly drifting out of the eyes of a loved one can mean peace.

Every move we make is wrapped in a cycle of beginning and ending, with a middle that varies depending on what we’re supposed to ‘get’ from that situation. A marriage may last 20 years, while living in a tiny apartment of a fourth-floor walkup in Harlem might last six months. Or vice versa.

I’m not going to say it’s never worth being sad over endings because they always bring a tidal wave of fresh energy and movement. Because we sometimes have to be sad, really sad, over losing something. Sometimes we have to cry and throw a fist into a wall and beg and plead the universe for it not to happen, to just take us back to where we were, this hurts so bad, why would we deserve this?

Or those endings can make us really friggin’ happy. Maybe a little of both.

When we can, stepping back and seeing the cycle for what it is, that there will soon be something new, and at some point that will be old, takes a bit of the pressure off.

But when we can, stepping back and seeing the cycle for what it is, that there will soon be something new (if it isn’t there already) and at some point that will be old, and that will end and bring about something new again, takes a bit of the pressure off. Maybe allows for a bit more ease.

And so as I ease my way into other projects already started, I mentally (and physically, really, with writing this) close out a phase of my life that has been more than the word ‘important’ could describe. It has seen me through engaging my writing on a different level than I might have thought possible before those 21 months began. It has bonded me with people that I’ve started some of these new projects with, ones that fall even deeper in line with what I believe I’m here for this go round.

It has given me perspective on the cycle, and how to hit that place they call flow.

Thanks for reading over all those months.