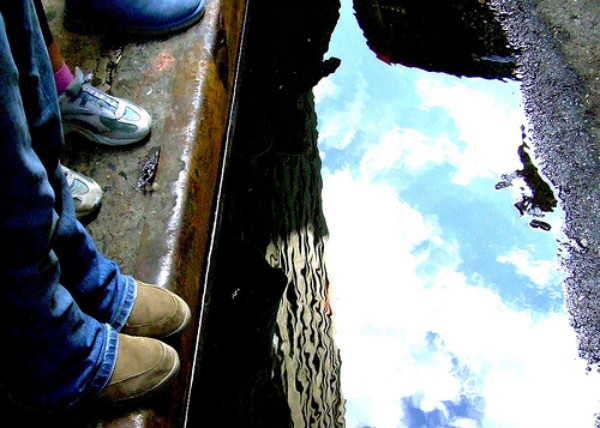 Getting the most out of your journey is like going on stage without a script. Here’s how to do it.

Many of my articles revolve around the same idea: activity isn’t the same as experience. Travel is more about how, not where you go – it’s the technique and the attitude you cultivate which makes all the difference.

Improvisational theater (improv for short) relies on the same approach. Though on the surface they seem unrelated, improv and inner travel are fundamentally the same.

Most of us can accept that going to a party is no promise of having a good time. Yet, not so obvious to many, is that simply going somewhere exotic is no guarantee of enjoyment. Likewise, most people don’t realize improv isn’t about going out on stage without a script and “being funny.”

In each case, it’s not just a matter of showing up. How you go about the activity is key to the experience. Improv, in particular, offers a remarkable insight into developing your how.

Something Wonderful, Right Away

A word of preparation: literalists will hate this.

Stepping into the world of improv philosophy will make you feel like Alice taking a tumble into Wonderland. Much of it seems counter-intuitive, even nonsensical. But paradoxically, there’s no faster way to arrive at Experience than by abandoning Destination. 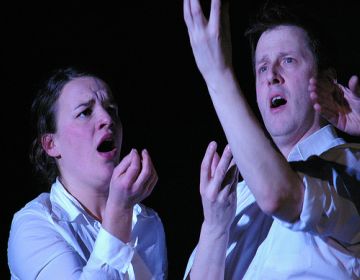 Improv is generally associated with comedy, though it doesn’t have to be – which often leads to comedy. In fact, one of the guiding principles is “don’t go for the joke.” Instead, you let the humor – the discovery – rise from the situation of being human, allowing ideas to play off one another.

Going for the joke dehumanizes your fellow actors, turning them into objects. Real wit is about taking the moment as a gift, to find the “pop” of a wall breaking down.

Similarly, travel is also about breaking down barriers, internally as well as externally. By learning how to work with the moment to make greater discoveries, travel takes on a greater depth than simply being somewhere far from home.

Improv isn’t just an art – it’s the art of making art. There are no “rules” to it; if a label is needed, “strategies” is perhaps a better fit. The following strategies, or ideas, are adapted from Jonathan Pitts’ list, Improv Wisdom:

Improv is about building a mutual reality together. Imagine someone tosses out an idea: “Look! A stampede of cattle!” Replying “no, it’s not” collapses the moment into conflict, letting the gift thrown to you sail over your shoulder. Saying “yes, but I’d rather watch TV” is like catching the ball and dropping it.

But responding with “Yes, and they’re coming this way!” accepts the other’s reality and allows you to expand on it, rather than blocking it.

Participate – don’t be a “talking head.” Act, and don’t focus the dialogue on your actions. Take an active choice rather than a passive one. 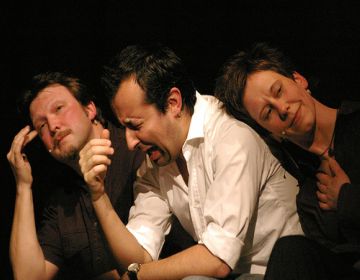 The past is gone and the future can’t be demanded: the present moment is what we have, all we ever will have. Use it. Step out of meek compliance – make the moment bigger and brighter. Get off your ass and DO.

The other actor is the most important person on stage.

Imagine the world if everyone else thought this way. We wouldn’t dwell on the absent, but on the person we were with. We’d listen to them more closely. Give-and-take would be easier, dropping our insistence on “what we have to say” as if it were just another seashell on a beach full of them.

Give information to your partner, then listen to them, then respond to them.

A space can be anything you want it to be.

Make it yours – but once it’s there, it’s there. Take responsibility for your actions, and own the space (share it, of course).

Take responsibility for your actions, and own the space.

If you make a mistake, make it work for you. Adapt and improve it. Provide more detail, and avoid pre-conceived ideas. Be comfortable that you can create something good and spontaneous without approval from your inner judge.

If it doesn’t work, so what? Start something else. If you want serious, focus on characters, relationships, and feelings. If you want comedy, focus on objects and actions, or take something to the Nth degree.

Surprise yourself by making unexpected choices. A scene is a comment and a response. Find the game in the scene and play it, or start a new scene.

The Finger Pointing to the Moon

If any of this sounds familiar to you, from the times when you went outside your zone of comfort and learned about new possibilities, then you’ve experienced inner travel. Everybody has, and yet we also avoid it, because we fear what’s unknown. 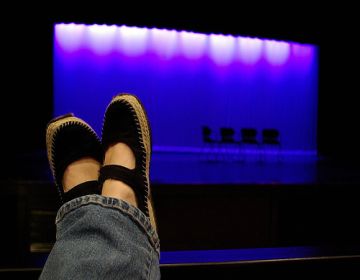 The art of improv may sound mystical, if not completely flaky – and it should. Creativity is not about following rules, it’s about challenging them, playing with them, to find something undiscovered.

Is this not the same as the art of travel? If we’re always led by the hand to the next stage, how do we ever grow? If we don’t question the truth of our lives, how do we ever understand them?

The strategies described above are only a few of hundreds that compose the art of improv, whether in music, theater or other realms. When applied to the art of travel – and personal relationship – they take on a greater meaning. They become a method for adaptation and exploration, for meeting what’s outside what we know. They become part of a logic that cannot be taught or explained fully, but only lived.

How have you experienced the art of improv, inner or outer, travel? Share your thoughts below.

How to plan for 2021 travel in the age of COVID, according to 23 travel agents
Everything Americans need to know about traveling to Mexico right now
The best stops on the Blue Ridge Parkway
7 countries you can’t enter if you have a DUI
France’s Loire Valley overflows with elegant castles and flawless gardens