01:00 May 5, 2020
Top Countries
Top CitiesView All Destinations
Trending Countries
Trending Cities
Load More
Everyone has heard a story about how the travel cure has made someone’s life better, whether it be a physical, mental, emotional, or spiritual improvement. 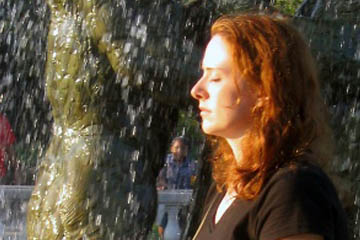 Travel is an amazing force because of the opportunities it affords to learn about new places, experience new things and meet new people.

However, travel can also be a tremendous force for healing.

In fact, strapping on a backpack and heading down the open road can be so powerful that I’ve come to call it the Travel Cure.

Everyone has heard a story about how the travel cure has made someone’s life better on some level, whether it be a physical, mental, emotional or spiritual improvement.

Recently, a friend told me about her stepfather who had experienced this phenomenon. Several years ago, he learned he had a degenerative, incurable heart disease, and one year to live.

He and his wife made the decision to sell everything, including their house, and spend his last year backpacking through the parched deserts of India to the towering domes of Russia.

Those who have had a transformative journey of their own know how this story ends: the untold benefits of traveling allowed him a new lease on life.

Without the stress of a demanding job and the day-to-day grind, his health improved to the point that he continues to live a normal, active life. His only worry now is looking for somewhere permanent to live.

My own experience of the Travel Cure was much less dramatic, but still testament to how travel can help save our lives.

After a series of events, including reverse culture shock and the death of a close friend, I was plunged into a deep hole of despair.

Soon enough, I was reaching for my backpack, ready for another adventure. This time, however, I wanted it to be more focused. I wanted to try what writer Elizabeth Gilbert terms â€˜the physics of a quest.’ According to Gilbert,

“If you really are prepared to see anything that happens to you as an expression of truth that has been offered up for your own benefit and learning – then revelation will not be withheld from you. You will be shown who you are and what it all means.”

Open to expressions of truth, I headed for the gilded Buddha statues and dripping jungles of Thailand.

I had no solid travel plans. There was no itinerary, and no one to meet. My only guidebook was Joseph Campbell’s iconic Hero with a Thousand Faces.

I answered the call to adventure by landing in Bangkok in the middle of a dark warm night. On a whim, I headed south to the islands and beaches that have filled so many travel brochures.

One dusky evening, as I lay sleepily on my hotel bed channel surfing, something on the television caught my eye. A documentary came on about a village in Thailand created by a German-Thai couple for children infected with HIV/AIDS.

I was moved to tears as I watched the jolly former-CEO and his petite Thai wife’s venture of creating foster-style homes for these children who had been orphaned or abandoned because of their infection.

As soon as the sun rose, I contacted the German.

We arranged to meet in Bangkok, where he lived. He then drove me two hours north to the verdant, snake-riddled rural heartland of Thailand where the village was located. 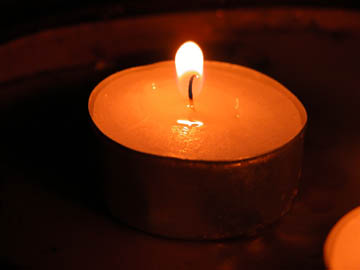 Photo by Image After

I spent two days with the children, who were, for the most part, flourishing against the odds. I felt humbled, imbued with a new found sense of hope, and remembered the Chinese proverb, “It is better to light a single candle than bemoan the darkness.”

Having witnessed how precious and precarious life can be, and how these children embraced each moment, I closed my eyes, counted my many, many blessings and pledged to be optimistic and live in the present, no matter what.

At the village I met an Australian woman who â€˜happened’ to be passing through and who had just published her autobiography, much of which centered on her work as a modern day Mother Teresa in Thailand’s most notorious prison, ironically known as the Bangkok Hilton.

Despite all of the pain and suffering she has witnessed and endured, she was one of the most positive people I have ever met. “I live on faith,” she told me. “I don’t have an income, I do God’s work.”

It was another encounter that made me happy I had found the courage to step out of my geographical and psychological comfort zone.

The Healing Power Of Travel

Taking note of the signposts and following them had opened up a whole new world. My understanding of the infinite possibilities became much broader.

Meeting people who had given up lucrative corporate careers to devote themselves to others planted seeds in my own mind and inspired me to do something meaningful.

When traveling, we are given opportunities and experiences that we otherwise would have missed. When we choose to see these experiences as significant, then they are ultimately healing, and help light our path as we step into the future.

I was able to return home with a magic elixir – the new experiences gave me a new perspective.

By changing physical environments, something inside of me had also changed. Just a month earlier, before I stepped off the plane in bustling Bangkok, I had been utterly depressed. Now, I was on my travel buzz, in awe of the people I had met and the beautiful things I had seen.

I was transformed. As Japanese Buddhist priest Shinso said 1000 years ago, “No matter what road I travel, I’m going home.”

What do you think of the healing power of travel? Share your thoughts in the comments!

The oldest city in every state, mapped
The oldest restaurants in the world, mapped
Barbados could soon allow remote workers to stay and work on the island for one year
For the perfect day of hiking and Colombian coffee, head to Jardín
This epic new film ‘Breathtaking’ follows climbers on the world’s most dangerous mountain: K2
✖
travelstoke
Download the mobile app
stoked by