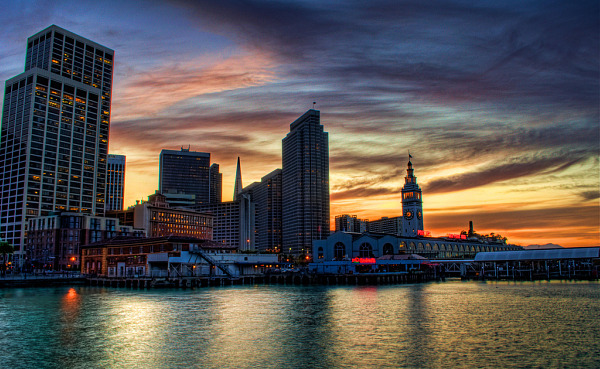 The City by the Bay / Photo: rBG³Photo

Just one afternoon during a return trip to San Francisco has Editor Christine Garvin questioning whether or not she’s going to break.

Things you miss not living in the city – the 38 Geary and 22 Fillmore buses.

Back of the bus, a black guy sits down between two other guys, one older scruffy white man, one guy of nondescript age and race, maybe Asian, maybe white, might be mixed. The black guy says, “You smell that? That’s skunk, I tell you” and I peer around to see who might have the smell of pot left on their clothes, maybe from a late night than just ended a few hours ago, or maybe that they toked right before boarding the bus.

Instead, the guy pulls out a massive bag of bud, opens it, and turns to nondescript boy? man? and says, “Yeah, that’s the good stuff. Can you believe dat?” and Mr. ND says nothing, nodding slightly. The guy with the weed keeps on talking, maybe it’s the weed talking, who knows, and the scruffy guys smiles. So I smile.

Then I turn my head and think about what it’d be like if the other he was sitting next to me, our arms around each other, smiling and looking into each other’s eyes, laughing at our secret love. I would whisper in his ear, “I know you want to be deep inside me right now” and he’d moan a little, quietly, so only I, and maybe the little Asian woman on the other side of him, could hear. 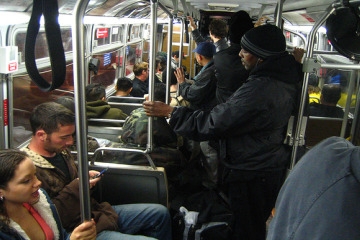 Then he would whisper back in my ear, “Don’t get me hard while we’re on the bus,” and suddenly I remember when I was 21, five months into living in the Bay, hanging out in the city with one of those boys who lived in my apartment building.

We were probably on the 38, heading downtown – I just remember going down hill, somehow – standing because the bus was full.

One quick jab at the breaks and my body pressed quickly back into him, until I could steady myself. I looked at him and he smiled, and I didn’t get it. Later he said, “Yeah, when you rubbed up against me…” and shocked, I said, “I didn’t rub up against you!” I guess I made him hard by falling backwards into the pull of the bus.

“I’ll get them myself.” I imagine snapping her neck. I really haven’t felt this way in a long time.

Uncertainly she says, “They aren’t there…”

“Yeah, I saw four pairs when I grabbed this one. I need them to be tight. For a performance. It’s happening tonight.” I couldn’t get the words out, I was so pissed. 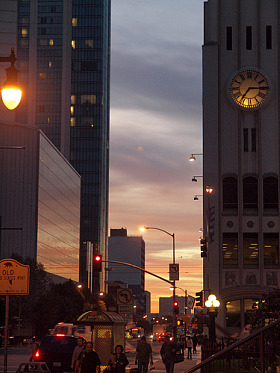 I wanted to say, “Yeah, I know I’m not a size 0 I’m not even close to a size 2 but Old Navy has these fucked up sizes that makes people think they are smaller than they really are and these size 2s might fall off my ass while I’m dancing so while I know that I might have a muffin-top in the size 0s, can you please let me get a damn pair without being condescending as hell with your ‘I really think the 2s fit better’ bull shit?”

Another woman says, “Did those work for you, ma’am?”

“No, I need a size 0. I’m going to get them myself,” I respond as I push past her, tired, still annoyed by all the people who moved slowly along the wide-bricked sidewalk of Market St. near Union Square (that gives way to dirty sidewalks just a block over, where the tourists end and the Tenderloin begins), and now facing a corporate store I hate doing something I hate just so I’ll have something to wear that night.

I’m ready to be getting the cheap massage I’ve been daydreaming about since I stepped into SF, the one at the place in the Inner Richmond where I spent many cold evenings trying to let go of my battle with sugar, my round stomach that stood in between me and the guys I longed for, contemplating how to get out of a relationship with an over-the-edge boss 25 years my senior.

I grab the size 0s but keep the size 2s in my hand and push my way back to the dressing room, wanting to be triumphant over that little bitch but knowing somewhere inside they wouldn’t fit, like this city no longer did. “You found them,” the other woman says, and I just nod, knowing not to utter anything. I step inside as I’m unbuttoning my pants – damn, it’s already 2:30, if I get back to the Richmond by 3:30, do I still have time for the massage? – and pull the size 0s on.

“Those work?” the other woman asks as I open the dressing room door. I shove the size 2s into her hand and walk away with the size 0s, heading to the front of the store and clipping them to another size 0 pair hanging there. I left the hanger behind.

Man on the Brick Sidewalk 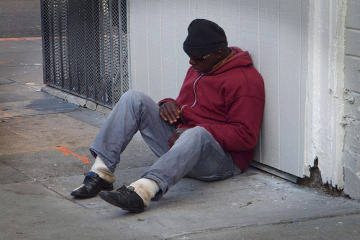 I see him maybe a half block beforehand, standing in the middle of all those tourists, they are making wide circles around him, some staring as they pass by, others looking away so as to not make eye contact.

I’m drained, just want to get a seat on the 38, maybe one of those four middle seats on one of the long buses, where it’s like a turnstile so the bus can even have a shot at rounding corners, where it feels a bit like being on one of those tea cup rides at Disneyland that spin you around and around. But I have to deal with this guy.

Stepping over a body at 8:15am – oh hell, it was probably 8:30, I was always late to work – crosses my mind at that moment, how to live in the Mission, one had to become hard to cracked out people lying against the corner walls of stores, or maybe just flat out in the middle of the sidewalk, blocking the flow of foot traffic or someone trying to catch the 22 before it took off.

I remember that one homeless guy that Amber and I became “friends” with – he’d walk us the couple of blocks home from the 16th Mission Bart station, or from the 22 bus stop on Valencia, we’d chat, he’d tell us about the latest bureaucratic red tape that stood in between him and an apartment, or his two kids that lived in a nice house way out in the East Bay, how he used to have a lot of money through odd jobs, but then it was suddenly gone.

We never knew what to believe, but he was so intelligent, engaging. Until we’d see him drunk late at night, or sometimes late afternoon, then the lines blurred. And the day he knocked on our door, we peeked through the window and saw it was him. Blurrier lines.

He knew something the rest of us didn’t, us spending our money at Old Navy and trying hard not to look at the gritty city by the beautiful Bay.

“Brrrmwaaaawaaaaawaa!” snaps me back to Union Square, to San Francisco, to all the questions I left here, to the life I no longer lead. It was the first sound he had made, standing in the middle of the sidewalk, at least as long as I had been there. He knew something the rest of us didn’t, us spending our money at Old Navy and trying hard not to look at the gritty city by the beautiful Bay.

I have a Luna bar wrapper to throw away in the trashcan, which is near the edge of the sidewalk, a good five or six feet from him. I go there and chuck the trash, walking on the other side of the bin, continuing past him. Then another guy stops in front of me, asking, “Do you know where the Lens Crafters is?” as my hand flies to cover my bag and the wallet barely tucked inside of it. “Sorry, I don’t,” I answer, immediately feeling the guilt. Is this who I am now, or is it this place?

“Where are you heading?” he continues and I say, “Just trying to catch the 38 back home.”

“Where’s home?” he asks and I say, “Not here anymore,” quickening my step as I see the bus turn off Market St. up ahead.

Have you experienced a day during your travels that transformed you? Share your stories below.