10:41 Feb 11, 2020
Top Countries
Top CitiesView All Destinations
Trending Countries
Trending Cities
Load More
Travel is the perfect antidote for the mundane. But what happens when it takes over? 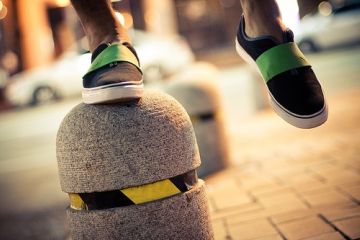 The discomfort of hardship rests heavy in my stomach, a bit around the edges of my heart, and at moments, in my tightened jaw.

I ease just a bit at the thought of escaping to the beach this coming weekend, and NYC the following. Ahh…my mind will move away from its focus on sadness and the mundane to being present to all the exciting things happening around me.

Travel – the recipe for a broken heart, for being stuck, to fight a sense of boredom and “settling down.” I’d venture that many of you who consistently read Matador have “used” travel for one or all of these reasons.

Nothing wrong with that. Yet a conversation I had the other day led to a couple of eye-opening realizations about my own travel desires: the constant feeling of aliveness of being out in the world makes it seem at those moments that the mundane doesn’t exist. But in reality it does, and is happening without me.

I live to not sit in the mundane – I’m an Enneagram type 4, for chrissakes – and yet by doing this too much, by being imbalanced in the pursuit of excitement, I actually cause myself more pain in the long run.

I’m still backed up from not taking care of tax stuff, dealing with my crap in storage, and sitting on some serious student loans because of taking off last year and traveling.

I wouldn’t change having the experience, but I would change how I dropped everything to have the experience. Even now, as I’m more settled for a while, I haven’t caught up on all of it, because in some ways, I try to always live in “travel mode” to keep things fresh and exciting.

Radical acceptance of the entirety of life means not only allowing the mundane, but embracing it as much as possible.

It would take you days to count how many articles at BNT and Matador are about keeping life “fresh and exciting” through inner and outer travel, because so many of us feel our lives are the exact opposite. But radical acceptance of the entirety of life means not only allowing the mundane, but embracing it as much as possible.

Some people go too far in allowing the mundane to take over – that much we know. Yet the other side is also true, and I can speak from personal experience: sometimes, allowing the amazing – the umpf – to take over is just as detrimental.

So as I nurse my stomach, heart, and jaw through the hardship I’m experiencing, I’m trying my best to see the purpose in filing those receipts, making sure all those billing addresses are updated, and clearing out 18 literal and virtual in-boxes.

Have you ever felt as if travel caused you to drop some important responsibilities? Share your thoughts below.