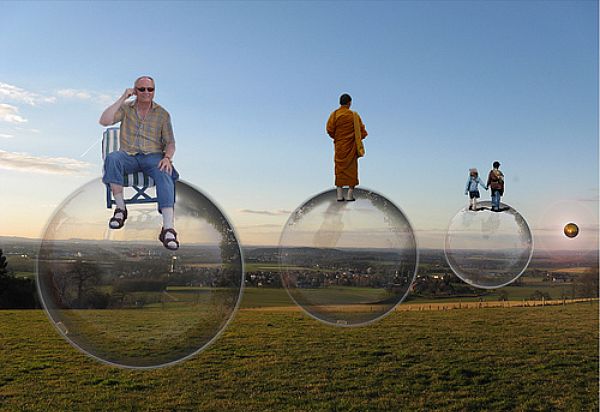 Sure, it’s nice to think we’re “all one.” But while travel may teach us this idea is only good in theory, letting go of our notions of self may be a bit trickier.

When we travel, we literally become different people. Stripped of our habits, routines and safe places, we are forced to meet the world as we are.

The more we travel, the more accustomed we become to participating and thriving in the world because travel, by design, brings an openness of heart and a clarity of self.

Some travelers have a spiritual fantasy of this new life, and it can include the clichéd vision that, despite all our cultural differences, we’re really “all one” (this idea is particularly prevalent among Californian tourists).

Unfortunately, when you’re traveling, this naïve view results in a lot of stolen wallets. But, more importantly, that’s not how the traveler’s transformation of consciousness really goes down. 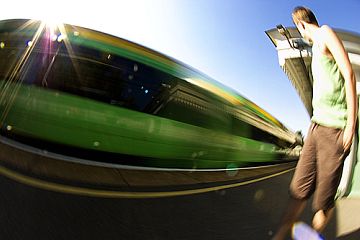 The truth is that we “meet” ourselves at the weirdest times, and it’s usually not the stock photograph moment of showering under a waterfall or reaching the top of a volcano.

Sometimes, it’s not flattering at all. I remember frantically trying to purchase a rail ticket in Salamanca, Spain one spring afternoon ten years ago.

I was on task and in a hurry. It was 1pm, though, and the ticket office was closed.

You know where this is going: siesta. I was so irritated I finally realized I was stomping around like a prototypical American tourist. I couldn’t laugh at myself, but I did have the sense to find a café that was open. The message was clear: “Time moves differently here. Slow down, and have a beer while you’re at it.”

I never would have thought the most salient moments of my travels would involve my own frustrations, rigidity or resistance to the places and cultures I’m visiting. But those are precisely the doors that open first: the ones with the most pressure behind them.

Other times, cultural differences can invite transformations of self. In 2006, I was traveling in Nicaragua, part of an archaeological crew investigating prehistoric rock art on Ometepe Island. One day, we waited for the bus to take us to the other side of the island. It was late, of course.

Cultural differences can invite transformations of self.

“Island time,” said my travel partner. And I was fine with that. I was a seasoned traveler by now, by my own esteemed judgment.

Then the bus arrived and to my dismay I saw it was already choked with people. Young boys were standing on the back bumper and riding on top clutching roped-down suitcases as the bus careened down the muddy road.

It seemed impossible, but we climbed aboard along with twenty more people. It was a slow shifting of elbows and knees until we could get on. Finally, I found my place near the front of the aisle, being leaned against on all directions.

In Central America, body space is optional. Even the distance that strangers will naturally sit on an uncrowded bench from one another is smaller than most Americans are comfortable with. 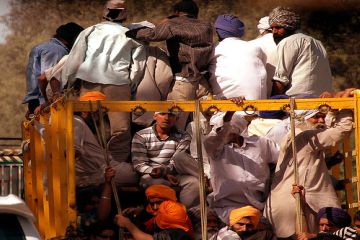 I began to sweat. Sure, it was hot, but this was different: it was a cold sweat. I was tense, rigid actually, exerting a lot of physical force to not fall over from all the pressure around me.

I tried to make more room and be as small as possible, but this just collapsed my space more.

Then it happened: I felt my sense of self expand and surrender. I relaxed into the pressure on all sides and the tension dissolved. Suddenly I felt the shared bodily consciousness of everyone on the bus: tranquilo.

We swayed back and forth as one organism. Murmurs of laughter and bodily contentment rippled through us. And I didn’t need to hold myself up anymore – the crowd kept me upright. For a while, I stopped thinking altogether, completely dissolved into this strange and yet somehow familiar sense of unity.

Someone’s body odor snapped me out of it. Dear god, I thought, what if the Californians are right?

What travel experiences have changed your consciousness? Share them below.