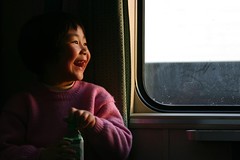 “After spending all that time traveling half-way around the world, what have you learned?”

I lean back in my armchair and contemplate this important inquiry that I am so often confronted with since returning back home to the US after a long journey.

Trying to come up with a coherent response to this seemingly overwhelming and complex question, my head drifts back, eyes shut, and I think back to the past eight months on the road.

All that comes to my mind is a slide-show of warm and welcoming faces from the innumerable wonderful friends that I’ve had the pleasure to cross paths with on the trip.

Many differences are quickly apparent among this unceasing stream of people: different beliefs and customs, different languages, different forms of self-expression, different temperaments and personalities.

I could go on and on, listing off the dissimilarities, but in sum, all of the differences are trumped by a unifying commonality: humanity.

A Teacher In Every Face

Going back to our original conundrum, “What has traveling taught me?”

Through traveling and coming into contact with so many different types of people, I now better understand how similar, in fact, we all are.

Through traveling, I have learned that we are all different peas stemming from the same pod, often with similar hang-ups, aspirations, fears and desires.

Through traveling, I have learned that we are all different peas stemming from the same pod, often with similar hang-ups, aspirations, fears and desires.

Traveling has taught me to expand that circle of brotherhood, encapsulating not just immediate family and friends, not just the members of our town or the citizenry of US or Europe for that matter, but rather all of humanity.

In short, traveling has taught me to be human.

The failure to grasp this simple notion-treating others as human beings-is at the heart of much misunderstanding, aggression, and strife that has plagued humanity throughout time.

Traveling has also taught me to not take life too seriously, but at the same time stand back mouth ajar and awe-stricken by its miraculousness.

Adrift in the Universe

By no means am I saying that traveling is a pre-requisite to the understanding of these traveler credos that I’ve put forth. Like the writer Dagobert D. Runes once said:

“People travel to faraway places to watch, in fascination, the kind of people they ignore at home.”

Traveling with an inquisitive and open mind does facilitate this process and fosters its development.

Many of us live in a society, the US, where only around 10% of us have passports, and due to a lack of intercultural understanding, have dangerous isolationist and non-cooperative views of the world.

This is obviously an important topic, but a more central message for me is to generate an interest in decisive action.

If that decision towards action comes to fruition in deciding to quit your job or stop doing whatever you’re doing to make that extended traveling trip that you’ve always dreamed of, then power to you.

But that’s just a tiny example of a much broader theme in taking command of the life that we live.

To me, it seems as though so many people live lives of mediocrity, burdened by an overhanging fear of failure preventing us from taking action to better position ourselves for the life that we desire.

The mighty Ã¢â‚¬Ëœf’ word-failure-plagues us, leaving us in a paralyzed Ã¢â‚¬Ëœwhat if’ mindset, questioning our past decisions-or better yet lack of-and striving for certitude in our existences.

But if we really grasp the truism that failure is a mental construct, then what’s stopping us from leaving in the dust this life of mediocrity and achieving greatness?

This deep-seeded fear of failure is a direct impediment to interpersonal growth and is one of the main reasons that as a species we’re so terrified of change and uncertainty.

But if we really grasp the truism that failure is a mental construct-an internal representation of the world around us in that we create-and in reality there are just outcomes in which we can always learn something, then what’s stopping us from leaving in the dust this life of mediocrity and achieving greatness?

We have all the tools to forge greatness in each of our lives, however you may decide to define it.

The problem lies in our obliviousness to the enormity of our potential power: specifically the grave misunderstanding of the procession of change which is at the heart of this human plight.

The human mind has a lot of difficulty grappling with the inherent non-linear and asymmetric nature of change, and as such we are often fooled into thinking that the energy involved in invoking change should be roughly equal with that of the outputs or its effects. 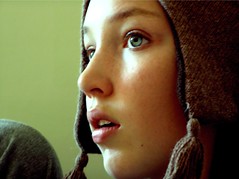 This view of change, besides simply being incorrect, also fosters a mentality of complacency and passiveness in action, as well as creating a nihilistic view of the world in which we are all just powerless and static beings.

Fact of the matter is we are not creatures living in isolated vacuums, often tiny inputs inevitably will have huge far-reaching effects, and our actions do have an immediate impact not only on our lives but throughout our intricately webbed world and its history.

Now understanding this concept of change, the decision that confronts us is not whether or not we want to change the world-we inevitably are and will just by living in it and acting-we rather must decide on the magnitude and direction of our effect.

About four years ago or so, I decided for whatever reason to stop watching TV and to start reading everything that I felt would give me a better understanding of the world and would aid in making me a more evolved person.

The direct cause of this decision I can’t recall, but obviously something triggered it, pushing me over that proverbial tipping point towards action. 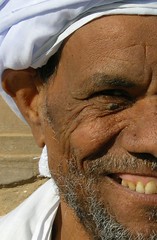 Anyway, this decision was a pretty big commitment for me, because only a few years before that, in the middle of my sophomore year in college, I had just finished reading my very first proper book from front to back.

Fast forward to today, where I’ve embraced a philosophy of change and its conduciveness towards growth.

My decisions to go to graduate school in Spain, to head off into my travels through Asia; all these actions are manifestations of a philosophy that I have come to understand through the synthesis of ideas put forth by other writers interacting with my ever-changing experiences.

That decision made four years ago set my life on a completely different trajectory.

Additionally, the life trajectories of many of the people that I’ve encountered throughout the past few years have all been altered to some degree all as a direct result of that one decision that I made four years ago.

These same people will alter the life trajectories of many others indirectly through me, and those others affecting more and more others, and so on ad infinitum.

The point of this little anecdote is not to soothe any megalomaniac desires on my part, but rather to show the extraordinary effect we can, and often inevitably will have, on ourselves, our immediate surroundings, and even the entirety of the world, through our decisive actions.

We can choose the immortal imprints that we leave upon this world.

At any given time we can choose whether to be active or passive players in this game of life; we can choose how and how much of an effect we will have.

We can choose the immortal imprints that we leave upon this world.

The first step is the decision to take action and the direction that you would like to head; the rest is all just a continual re-writing of the history books.

Through our actions, specifically actions through ideas, we can reach the plains of immortality.

In a similar spirit, hopefully some of the ideas that I talk about, ideas which where borne from countless other thinkers’ ideas, may act as that same trigger towards positive action in some of your lives and might continue living onwards.

A version of this article was originally published here. Reprinted with permission.

Tim Witting details his wanderings around the world on his blog Tim’s Nomad Diaries.
What did you think of this story?
Meh
Good
Awesome

These destinations are opening to US tourists this summer Canadian Mounted Police fined seven US visitors $1,200 for hiking in Banff NASA releases epic 10-year timelapse of the sun For the perfect day of hiking and Colombian coffee, head to Jardín 21 drinking games you can play in any bar
✖
travelstoke
Download the mobile app
stoked by