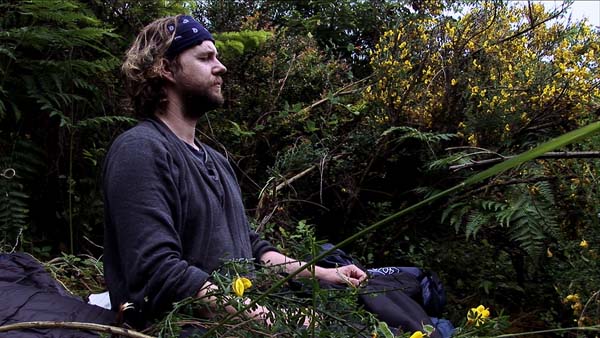 Jonas Elrod / All photos courtesy of Wake Up

The filmmaker and director takes time from his busy schedule to answer some burning questions about his latest documentary, Wake Up.

[Note: Before you dive into this insightful interview, you may want to check out my film review of Wake Up first.]

BASED IN NEW YORK CITY, Jonas Elrod has been working in film for over 10 years now, many of those in commercials and music videos. He’s worked with heavy hitters such as Jay-Z, Justin Timberlake, Nike, ESPN, and Spike Lee. The subject of his latest documentary, Wake Up, is himself.

Jonas wakes one day to discover that he’s tapped into another world. He sees visions of angels, demons, spirits, and auras. He’s checked out medically and psychologically and found to be normal, so he goes on a quest to try to figure out what is happening to him, talking to spiritual leaders, teachers, and healers of different faiths. After watching the film, I was left with a few questions. And he was kind enough to answer them.

BNT: It must have been pretty scary to go public with what’s going on with you. It takes a lot of courage. Why did you decide to document this search? What are you hoping to achieve through the film?

I will admit that there were huge waves of fear with this process. Just exposure on any level but with this, the subject matter is incredibly sacred to me. I would have felt uncomfortable being in a film even if it were a film about oral hygiene or the slow food movement. I have always been a fiercely private person and opening myself up to tell this story was no small feat. 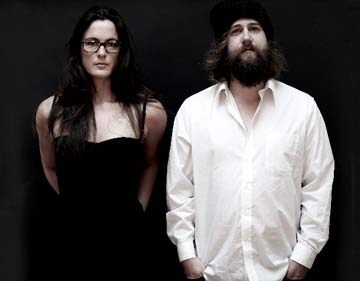 The genesis of this film was during the initial opening to these other realms. Spirit came to me and told me to expose what was happening. I was completing my first documentary during the opening so I was pretty sure that they meant exposing it as a documentary. At the time I had no idea that me and my girlfriend, Mara, would be in it, working as a launching pad into deeper territory.

In hindsight I am very pleased that we both took the plunge. At first, before my producer and co-director came aboard, I would have Mara do interviews with me making sure that the moment was captured–no matter how raw it was at the time. I am not a big fan of docs that do “remember when…” When we were officially up and running my team kept the process going. If I had an experience–a breakdown, a break through–they were there to document the process right then and there.

It was difficult to stay open and raw but looking back at the film and the audiences’ reactions I know we made the right decisions going forth. The overall intent of the film is not to sell a belief or a path but hopefully open people up to start asking questions.

BNT: I have to admit, as open-minded and “spiritual” as I think I am, I was skeptical at the start, particularly when you started explaining your visions. The idea that you saw angels with wings “like you’d see in a book” had me rolling my eyes (why don’t angels look like something else?).

But I think your own skepticism about everything helped to temper my own. What was that feeling like, knowing you were definitely seeing things but at the same time not really wanting to accept what was happening?

That’s a great question and I can totally see your point of view. I have had misgivings on the whole angel/demon thing. I did not want to be known as the angel/demon guy and I also didn’t want this to be associated with a particular religion. That being said I have seen other things that are in the canon of other religions as well. 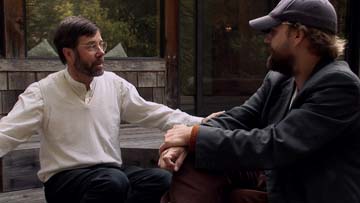 My take on it is that it is all out there and, yes, I have experienced and seen things I would call angelic and demonic. Growing up a God fearing Christian in a small town in the south, I found myself completely shaken to the core at these experiences which for me go way beyond what religion has taught me.

And yes, I still carry skepticism around certain things in the “spiritual” and “mystical” communities.

Like you I am open but really at this point I am not incredibly interested in the supernatural aspects of these experiences. We were lucky enough while filming to meet a Sufi Mystic that really put things in perspective for me. He really opened me up and let me see how I was getting lost in the woods with the paranormal and not really looking at the bigger picture. That bigger picture for me is source.

I accepted what was happening but had huge resistance to it. My life has changed and I realize I cannot go back to the way I was before. With this knowledge I was forced to Wake Up and look at it, try to understand it, and most importantly learn how to integrate it. Through years of hard work, amazing teachers, and understanding, I am at peace with it. That did not happen overnight.

Next Page
Tagged
Photo + Video + Film
What did you think of this story?
Meh
Good
Awesome

Tonight’s buck moon is happening during the best meteor shower of the year
The difference between butter chicken and chicken tikka masala
21 drinking games you can play in any bar
The optimal road trip to see all the US national parks, mapped
Watch: A woman shows how many ways NYC tourists are scammed in Times Square