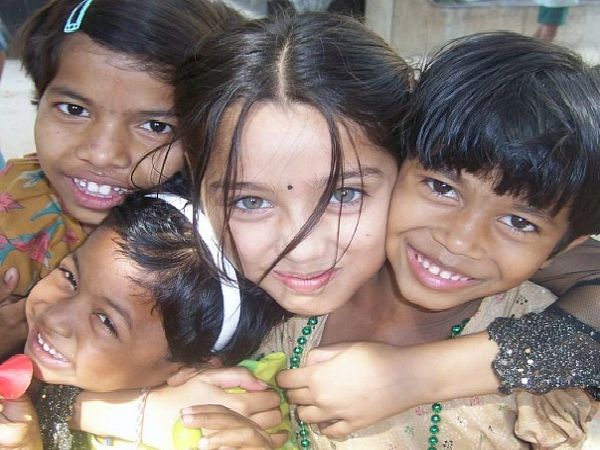 Author Shelley Seale relates her experiences with children living in the slums and orphanages of India.

Very few people haven’t heard of the Oscar-winning movie, Slumdog Millionaire. The story follows two young brothers as they grow up in and survive the slums of Mumbai, India.

In order to show the reality of life for poverty-stricken Indian children, many scenes in the movie were actually filmed in the Mumbai slums. But in true Hollywood fashion, the ending was heartwarming goodness. The ending for the real children of these slums is not so pretty.

, in order to tell the story of the children she met while volunteering in Indian orphanages. BNT spoke with her to find out the reality beyond the movie.

BNT: Due to the popularity of Slumdog Millionaire, millions of Westerners caught their first glimpse of what the slums of India look like. Also included was a storybook ending. What is the reality of the lives poor children are living in India? 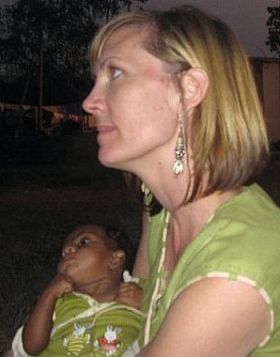 SS: The movie, while a fictionalized account of two brothers trapped in the slums of Mumbai, orphaned and victimized, portrays all too well the actual reality of millions of children in India.

Currently 25 MILLION children there live without homes or families of their own – in orphanages, slums, railway stations or on the streets. They are highly vulnerable to abuse, harassment, HIV/AIDS, and being trafficked into child labor if they’re lucky – brothels if they’re not.

Based on what I’ve seen over three years traveling the country and researching the book, the movie was sometimes very difficult to watch – because everything that happened to those boys, I have seen the real life accounts far too many times.

However, the child actors were incredible and like everyone, I loved the magical, feel-good ending. But I also hope desperately that we will not forget that there IS no such fairytale ending for millions of Indian children in similar circumstances.

What made you decide you wanted to help these children, and how did you figure out the best way to go about doing just that?

When I visited India for the first time, in March 2005 on a volunteer trip to an orphanage where 120 children lived, I assumed the kids there were all orphans in the true sense of the word – their parents had died. Instead, I was shocked by how many of them had been “orphaned” by poverty; their parents had left them at the Miracle Foundation home because they were too poor to feed them.

As I got to know the children and the stories behind how each of them had wound up in the orphanage, I decided to begin writing a book about their lives in order to give them a voice. They, and the millions of others just like them (or in far worse conditions), really are invisible for the most part, in their society and to the world. My goal was to provide a strong and hopeful voice that would let their stories be heard.

Does your book mostly discuss your own personal journey in getting to know and understand the children’s situations, or do you also talk about the larger picture of what local and foreign governments are doing to alleviate poverty?

Both. I tried to weave together both aspects – individual children’s stories and lives alongside my experiences with them and journeys throughout India; alongside the bigger picture of the issues that affect them such as poverty, child labor and trafficking, abuse, AIDS and other diseases.

I conducted an incredible amount of research while working on this book, and I try to weave in small bits of that information as I tell the personal stories of these kids.

Have you come up against any barriers, distrust, or even anger from Indians either living in India or in the West due to the fact that you are a white, Western woman taking on this cause? 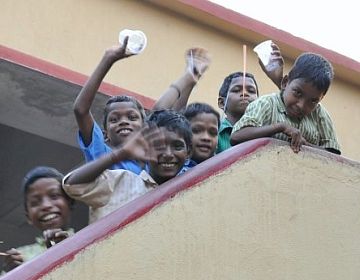 Some of the children Seale met on her trips

I have some, but not too much. For the most part everyone has been incredibly supportive, both Indian and non-Indian.

However, occasionally I do get comments online or people who question me as to why I don’t “help my own slumdogs,” or questioning whether I’m aware that children in need, poverty and other social ills exist in my own country.

Well, of course I know this. In fact, I have been a huge advocate for children’s rights in the US for many years before I ever got involved in India. I know we have children in need here, and we also have vast problems with poverty and homelessness, and I care about these issues and work on them here, too.

But I don’t think it really matters where a person lives – all lives are equal, here and India and everywhere. I guess I don’t understand why it should matter if they are Indian or American, or any other nationality.

I will say that I am very aware of being a Westerner writing about India and problems there, and I try to be extremely sensitive about that. We should come to listen, to learn, to assist where and when asked; and so the goal of this book is simply to allow us to hear what those voices have to say.

You commented on the BNT piece about the “Incredible India” branding campaign geared toward high-end tourism. Do you think it is possible that this type of campaign could actually help money trickle down to the children living in the slums?

I do think so, if it’s done the right way. I personally feel that, as with everything related to tourism, the initiatives into this side of a local culture depend entirely on how they are done and what kinds of people are conducting them.

Dharavi gave me a resounding rebuttal to the myth that poverty is the result of laziness.

Yes, I think it could be very exploitative, if you are talking about a tour leader who takes people around to basically gawk at people living in slums or on the streets. I think that’s the image that comes to mind when people refer to “poorism.”

But it can be done right. It can be done in a way that involved local people who are living and working in their own communities, and they want to cross cultural divides to truly introduce visitors to all the aspects of their home.

I myself went on such a tour in 2007, with Deepa Krishnan of Mumbai Magic tour company. They provide schooling for kids living in slum communities, and Deepa donates a third of her company’s profits to the organization.

Deepa took me to Dharavi, the slum where much of Slumdog Millionaire, and introduced me to women making pappadam bread while their toddlers hopped around them, and men making clay pottery by the hundreds. Dharavi gave me a resounding rebuttal to the myth that poverty is the result of laziness. I have never seen people work so hard in all my life.

How would you like to see the situation change in say the next 5 years, and do you think it is truly possible for the slums to be significantly reduced?

I don’t have any particular expertise on such large-scale urban planning, so all I know is my own personal experience and opinion. I’m not so sure the so-called slums should necessarily be significantly reduced, because where would all those people go?

I have been in India many times when I have read stories in the morning newspaper about slum dwellers who were basically left homeless when their communities were torn down.

Personally, I feel that more support and services should be made available to these communities and citizens, so that their living conditions could be improved and their children can go to school. But again, I’m not an urban planner and I don’t know what all is involved with this.

Can you tell our readers, many of whom have been or are planning to go to India and also consider themselves conscious travelers, what they can do to lend a hand? 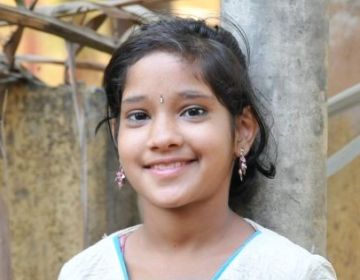 Happiness is a part of the picture

There are all kinds of cool ways that people can lend a hand, whether they’re going to India or from their own homes – and the good news is that they range from the really easy and short-term to longer and more involved!

If you’re traveling to India, there’s an amazing organization called Stuff Your Rucksack.

They act as a middleman between organizations all over the world that need materials and supplies, and travelers who might have a little extra room in their baggage and can take such items.

I also have a list of donation and volunteer points on my website. Here I list all of the organizations that I, personally, visited and interviewed for this book. Travelers can also check out websites such as Global Volunteers and Global Vision International.

At home, people can do anything from sponsoring a child through Miracle Foundation or World Vision India; to signing petitions to protect child rights at places such as Global March. Consumers can also be aware of where products are coming from, and make sure they are not made using child slave labor. One good resource is Better World Shopper.

How do you feel about the author’s perspective on the slums of India? Share your thoughts below.