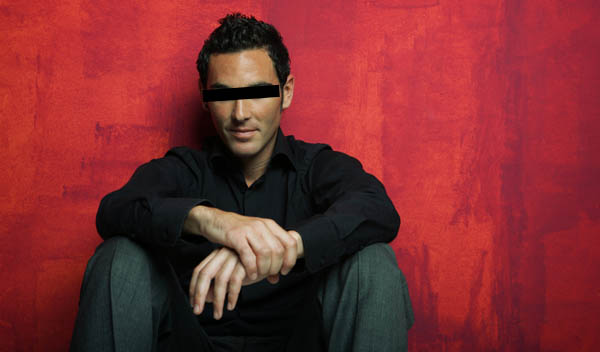 Not the real Simon Black.

Simon Black, a mysterious traveler who writes for “Sovereign Man,” shares his philosophy on traveling, thinking outside the system, and what true freedom really means.

What do you get when you cross Jason Bourne with Donald Trump? Likely the enigmatic figure of Simon Black.

Simon writes dispatches to his website Sovereign Man, including his newsletter “Notes from the Field,” sharing in his own words “shockingly candid information about the markets, my travels around the world, and surprising secrets we discover along the way.”

I spoke via Skype with Simon to uncover his philosophy on traveling, thinking outside the system, and what true freedom really means.

BNT: On your site, you reveal Simon Black is not your real name. You say “I go by an alias because I value privacy and discretion– there’s not enough left of it in the world today.” Is there anything more you can tell us about your background?

SIMON BLACK: I used to be in the military, and did that desert “stuff” for a while. But then I became disillusioned with the direction the country was headed. I spent so much time in the military overseas, that I didn’t feel comfortable in the US anymore.

The first place I went afterward was Panama. Someone that I had been stationed with was down in Panama back when the US forces were still here, back in the 80’s. And this guy just could not stop talking about how great Panama was and how I had to check it out, so I did and it was fantastic.

I’ve always had a real estate background, so that’s the financial end of how I view the world. I started doing some real estate investment down here in Panama, and it just led to more and more things, and next thing I knew I was traveling all over the world, and here I am.

What motivated you to start up your site Sovereign Man as opposed to keeping your knowledge to yourself? 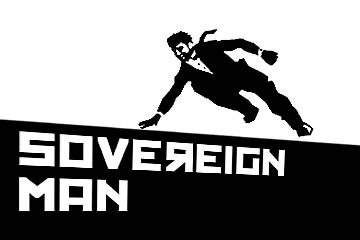 I think that travel is the best teacher. You can go to school for years, and you’re not going to learn the kind of things that you learn when you’re running around Africa, and Latin America, and Asia.

When you spend so much time with different cultures, and you actually put your feet on the ground somewhere and you meet the locals, and you get to know prominent and influential people in different countries, you really learn how the world works. You don’t learn that in school, there’s no textbook for that.

And so over the years I built up some level of knowledge particularly in certain industries, whether it is international finance or offershoring. I realized that a lot people were recognizing where the world was headed, and they were uncomfortable where the world is headed.

What direction do you feel the world is headed?

When you grow up in the US, you grow up thinking America, USA, #1, and maybe that was true in 1986. You get indoctrinated from very early age into this system, and it’s that system now that says America is #1.

Religious people seem to think that God and Jesus Christ are Americans. And America is the first among equals in the world. And anything outside the US, whether it’s medical care, whether it’s a government system, whether it’s corporations, technology is somehow inferior – and the fact of the matter is that it’s not.

People are surprised go overseas to places and they find the quality of everything they can get is phenomenal.

For some people disillusioned with the current system, their reaction is to get angry, particularly at the government. yet you believe people need to eliminate the mindset that “you are subject to a corrupt government that is bent on degrading your personal liberty.”

I think the illusion that you can have some grassroots campaign and change the system and fight the man is frankly bullshit. I just don’t see it being possible. It really is counterproductive and at the end of the day, you have yourself and your family to worry about.

And there’s literally an entire world of opportunity out there – whatever the problems you might have, there are limitless options and solutions out there to improve your life, whether it be a personal situation or a professional situation.

One of the things we do is get people to think globally. People in the United States, they’re out of a job, they can’t find work – well, where are you looking? Are you trying to find work in Fort Myers, Florida, the epicenter of the real estate collapse? Probably not a good idea. You have better chances of finding a job in different places in the world.

People get so focused on their country, they became a slave to their geography, and it’s just completely senseless.

How can people think outside their geography?

People have a box that they live in, whether it be their country or their neighborhood, and with that worldview, they end up fighting for turf in this little box, fighting over changes that they don’t like.

And in truth, that’s a pretty enslaving battle. If you’re going to fight that battle, you’re going to lose, because things are going to change, there’s no way to prevent it. If they’re not changing in your favour, then that’s just the way it is.

I’m trying to get people to realize that this box, the system everyone believes in, is a complete fallacy. I don’t want to start quoting the Matrix, but seriously, a lot of things that western society deems important – our FICO scores, whether we own or rent, our position in the rat race, etc. are complete nonsense.

Extensive travel is one of the ways to step outside of the box and see all of that garbage for what it really is.

You see just as soon as you go somewhere, the way you previously viewed an area, the way you viewed the people, they way you viewed your own opportunities, probably came from people who had no first-hand experience and it was all hearsay. You suddenly find lots of opportunity there because you’d freed yourself from this artificial mental construct that kept you confined to a singular geography.

Our goal is open people’s eyes a little bit.

Your site newsletter aims to “provide concise, actionable information each day to help achieve those ends.” Can you eleborate?

For those that are ready for it, we offer slaving away in a cubicle and worrying about your credit score, or whether you’re still going to have a job tomorrow. Human beings are not meant to exist in that way.

What does true freedom mean to you?

I think true freedom is being able to make your own choices, without having the influence of other entities you haven’t invited into your life. I’m a permanent traveler, I don’t have a home anymore. That usually blows peoples’ minds. They say, where do you live? And I say, I don’t live anywhere. Where do you get your mail? I say I don’t get mail, I don’t have a postal address. When I tell this to attorneys they say, where do you get served? I don’t get sued either.

Freedom is being able to have complete control of my time and make choices, and choices are based on what I want, and not being told by someone or something else.

In 2009 for example, I spent a month in Dubai, month in Argentina, month in Panama, couple months traveling around Europe, several months in Asia. I spent some time in New Zealand, Croatia, Colombia, Chile… all over the place. I just go from place to place, I generally have a reason to go, either personal or professional opportunity.

Freedom is being able to have complete control of my time and make choices, and choices are based on what I want, and not being told by someone or something else.

We’re not promising anybody a magic pill here. We’re not saying if you hate your situation, all you have to do is take this pill, call this lawyer, buy this piece of property and you’ll be good to go. Everybody is completely different in the things that make them happy.

I think everyone wants more freedom in their life, whether it’s freedom from their asshole boss, or being able to have more time, or not having to worry about money, or their bills, all these types of things that people tend to worry about. You know everybody has issues and challenges, and it’s about the ability to build away from that.

That’s really what I’m providing on my site. Actionable advice to achieve more freedom, that allows you to live a happier, richer and fuller life.

For more, visit Sovereign Man, and sign up for Simon Black’s newsletter “Notes from the Field.”

What do you think of Simon’s advice and the ability to achieve true freedom? Share your thoughts in the comments!

Tagged
Activism Interviews
What did you think of this story?
Meh
Good
Awesome