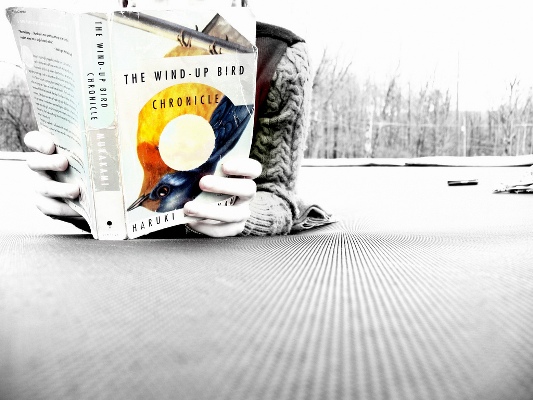 Haruki Murakami, despite being one of the biggest cultural cross-over novelists of our generation, not to mention a freelance journalist, a translator, and a marathon runner, doesn’t have many pretensions.

He once reflected, “With nothing but my writing, I had made a number of human beings want to drink beer. You have no idea how happy this made me.”

Many fans wonder exactly what makes the Murakami machine work, and lucky for them, one of the chief operators– his translator, Jay Rubin– has written a chronicle of his career called Haruki Murakami and the Music of Words.

After consulting Murakami, hashing through the nuances of his writing, and being a fan of his work in general, Rubin has produced countless insights into the author’s life and style. Brave New Traveler was able to catch a moment of the translator and Harvard professor’s time to discuss the task of translating Murakami’s most recent works.

(BNT) What made you decide to write Haruki Murakami and the Music of Words and what was your approach to discussing translation with an audience of fiction readers?

I foolishly thought I could help introduce Murakami to an English-speaking audience by compiling a number of his short stories with commentary.

Translating is the closest reading anyone could ever do, and near the end of a work it can give you a megalomaniac sense of the truth of your own reading.

No one, including Haruki– and eventually me– liked this plan, and the more I worked on the book, the more the commentary – and the factual information – grew, and the use of quoted passages shrank.

Eventually it became quite obvious that Murakami didn’t need any help getting read by foreign audiences.

I’m not sure who bothers to read my book, but I’m pleased that UK Vintage values it enough to have printed two updated versions (the latest just a few months ago, including a discussion of After Dark).

What sort of creative writing do you do, and how does it contribute to your method of translation?

Years of translating have been a marvelous workshop for teaching myself English style, which has in turn improved my translating, but I don’t do my own creative writing.

Haruki Murakami uses many non-traditional (to a Western perspective at least) symbols in his works alongside of frequent cultural references. How much does translating these artifacts to a Western target language change the content?

In other words, what differences would someone who was fluent in both Japanese and English notice when examining both versions of a Murakami work?

Murakami’s most frequent cultural references are Western, so translation almost never involves such changes. He certainly invents a lot of unusual similes, and he has his own pet symbols (wells, corridors), but these strike a Japanese reader as unusual and fresh as they do a Western reader. There is very little difference.

What brought you to Haruki Murakami?

An American publisher asked me to evaluate Hard-Boiled Wonderland and The End of the World for possible translation. I told them it was an amazing book that they should by all means publish and volunteered to translate it, but they ignored my advice.

A couple of years later, Alfred Birnbaum’s translation came out from Kodansha International. Reading that one book hooked me.

Many translation theorists believe that translations are most beneficial if they leave elements of the original language in the translation, while others believe this results in a text obviously written in a type of “translatorese.”

Japanese is an especially interesting example, because sentences avoid mentioning subjects so that in a first-person narrative, the “I” is much less present than Americans are used to. How did you decide to deal with that difference? 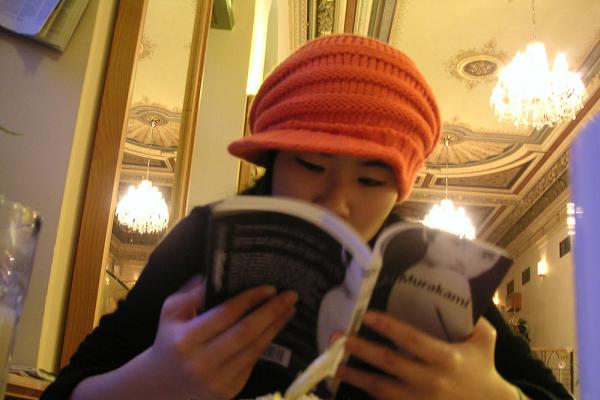 I hope I’ve given some idea in my appendices on translation how hopeless it is to try to produce a literal translation of a Japanese text. The absence of subjects in Japanese sentences, however, is no more of a problem than the absence of a name in the sentence: “He ate a peanut butter sandwich.” Who is “he”?

How can speakers of English possibly know what “he” stands for? It’s so mysterious! Please read my Making Sense of Japanese (Kodansha International) if you want to learn more about the myth of the subject-less sentence in Japanese.

Describe your process of translation. Where do you do your work? How long do you work for? What particular methods do you use?

I work at my desk at home on a computer for about four hours at a time, beginning after breakfast and ending when my brain turns to mush. I’m not good for much of anything after lunch.

I try to do as finished a job as possible in the first draft, and I always keep the original text close by when working on later drafts. Some people translate first into a kind of literal mishmash and then polish it without much reference to the original, but I’ve never been able to work that way. I try to capture all the nuances right off the bat.

Does translating Japanese make you hyper-aware of other translations you encounter? What is the worst translation that you have ever found in mass-circulation?

I do find myself reading “through” other translations, guessing what the original might be. It can be annoying. I often refer my students to the translation of Natsume SÅseki’s Light and Darkness as an example of how wrong you can go when you translate grammar instead of ideas and images.

Do you think your experience as a translator could apply to translating from one medium to another (intersemiotically)? How would you translate Kafka on the Shore into a film?

Translating is the closest reading anyone could ever do, and near the end of a work it can give you a megalomaniac sense of the truth of your own reading. If you asked me this question at such a time, I would probably say that ONLY a translator could do what you are suggesting.

Fortunately, I’m in a calmer state of mind at the moment, and can only reply, “Huh?”

Does being a translator make Murakami aware of the potential for his works to be translated?

Yes, aware, but not obsessed. He is not writing primarily to be translated.

In Haruki Murakami and the Music of Words, Rubin quotes Murakami discussing translation: “Rather than worrying about the details, I’m just happy to have my work translated.” A rare opinion in the academia of translation, but Murakami is a rare individual.

If this interview has intrigued those new to Murakami, After the Quake: Stories
is a good starting place, while Rubin’s Haruki Murakami and the Music of Words is a an intriguing treat for long-time fans.