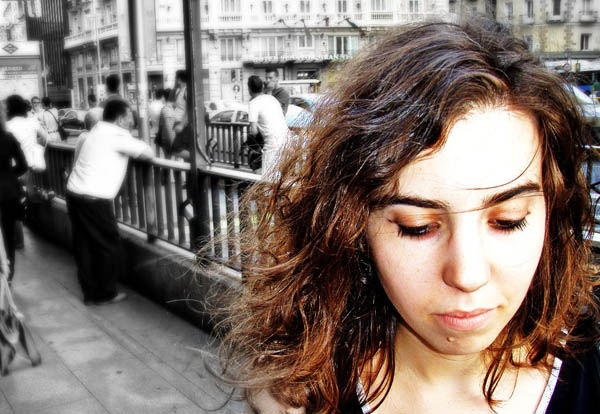 We often hope to leave our troubles behind when we travel. Problem is, they follow us wherever we go.

It’s our third day in Dublin, and I wake up depressed.

This isn’t a latent sort of sadness. It’s an active force, a thing that comes over me suddenly and without warning, possessing every atom of my body. It’s an attack of what Holly Golightly calls the mean reds in Breakfast at Tiffany’s: “Suddenly you’re afraid, and you don’t know what you’re afraid of.”

Being in Dublin doesn’t help. I’m a worrier by nature and I came here, as I often do when I travel, hoping to claim immunity from my worries. Anything to declare? Just a lot of unnecessary anxiety; can I leave it at customs?

I sit in a café with my boyfriend. I tell him I feel unhappy today, but that I don’t know why. There seems to be too many things to fret over: my desperation at being stuck in a job I hate; my long battle with anti-anxiety medication; my lack of money.

I feel that I could easily wallow all day. We walk through St. Stephen’s Green, along the edges, where leaves are falling most heavily and we can avoid the stink of the central pond. A trio of teenage boys play guitar; a pregnant woman passes, with flowers in one hand and a man’s arm around her. Infants run rampant, with parents trailing behind in helpless pursuit, all flapping limps and rattling prams.

We chose Dublin more or less at random; it’s near enough to our home in England, the flights were cheap, we could fit it into a long weekend. 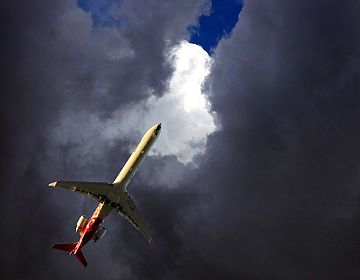 The destination was not important to either of us. What was important was the thought of going somewhere.

Autumn was upon us; the smell of decay, the naked trees, the dying grass. We hadn’t been away in months, and I was sleeping badly. We thought we could run away.

It seems simple enough. As humans, we’re trapped in our own chronology. We are born, we live, we die, and we have little or no power over any of it. What we can control is our physical location, our place on the map.

Nowadays, with the click of a button, we can buy tickets, be halfway across the world in twelve hours, seamlessly cross time zones, date lines, hemispheres, change latitudes and longitudes. Escape has never been so easy.

Or so impossible. Here we are in a new city, but everything is the same. We are as connected as ever to our past, our anxieties. The cash machines in Dublin are no different than the ones anywhere else, reminding me I’ve got only barely enough. The emails keep flooding in and I sleep as poorly here as I would anywhere else.

Because the trouble, of course, is that travel is not escape. Alain de Botton writes about this in The Art of Travel

– he’s in the Bahamas when he realizes “how little the place in which I stood had the power to influence what traveled through my mind.”

When we go somewhere new we hope either that the banalities of everyday life won’t follow us, or that we’ll become someone different in the context of a different space. But travel is not some magical process of transformation.

Travel Is Not The Answer

At best, travel is a state of mind – a way of revising our views of the world and ourselves, of exploring and watching. But it’s never the answer to all of our problems, never a method of erasing anxieties, and to a certain extent this will always be a disappointment. 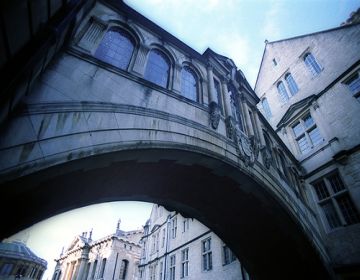 What I forget is that it’s actually freeing to know all this – for if we do, we can start to think of travel beyond sightseeing and souvenir collecting.

I remember why I first traveled to Oxford, where I now live. I wasn’t trying to escape anything; I was trying to find something. That’s different, I now believe.

In searching for the Oxford I had read about in literature, I gave myself a purpose, a reason to explore, a kind of quest which framed everything I did. It was a positive, rather than a negative, reason; I wanted to enhance my life, not run away from it.

Of course, I abandoned my quest; I got distracted by a thousand little things. A love affair, an unhealthy affection for the pub, an obsession with the city’s history. Suddenly I was not visiting Oxford; I was immersed in it. I was part of it.

And that’s why we travel, or why we should. Not to forget our worries, which will follow us anywhere – across oceans, up mountains, through deserts, down every crowded alleyway and boulevard of the city – but simply to be somewhere else. To exist, as always; but to exist in different surroundings. What happens after that, we can never really predict.

Tourism isn’t about losing our inhibitions and acquiring postcards. It’s about a deeper, gut-level bond with a place.

Tourism isn’t about losing our inhibitions and acquiring postcards. It’s about a deeper, gut-level bond with a place, which requires we accept that the only way we can be changed by travel is if we’re willing to accept that we might not be changed by it at all.

“Geography is not an inert container,” writes Franco Moretti in his Atlas of the European Novel

, “is not a box where cultural history ‘happens’, but an active force.”

Every country we visit is an active force. Every city, every street, every patch of woodland or plain has the potential to swallow us, if we only let it decide for itself. 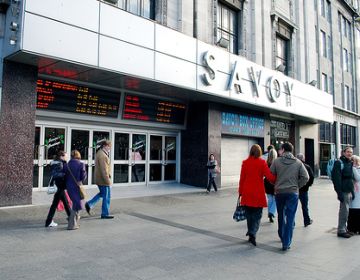 Later in the afternoon, my boyfriend and I decide to forgo our hopes for soaking up the culture of Dublin.

We take a long stroll across the Liffey to a huge, ugly theater, buy two tickets, and sit in the dark, eating popcorn, sipping soda, doing something we could do anywhere.

And I enjoy it so much that when we emerge, I have a smile on my face, I feel light, as unfettered as I have in a month.

Maybe going to this cinema, fleeing the sunshine for the smell of popcorn, the endless dark corridors, the escalators – maybe this is the point of Dublin. Or of anywhere. It doesn’t matter what we do in a place; just that we do it at all. We soak things up without trying; and maybe, if we tried a little less, we would soak up a little more.

Do you think travel can act as an emotional escape? Share your thoughts below.