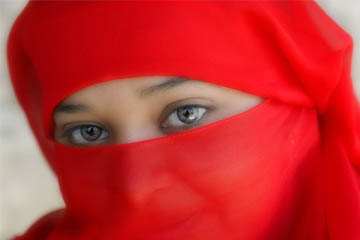 If you’ve never heard of Oman you’re not alone.

When I explained to my mom that it’s a country bordering Saudi Arabia (more executions last year than Texas), Yemen (a purported Al-Qaeda safe haven) and Axis of Evil holdout Iran (just a skiff ride away over the Straight of Hormuz) she nearly fainted.

Personally, I was intrigued. Oman’s geography lent the place a certain degree of mystique.

My curiosity won out, and the generous tax free salary and 60 days of paid leave didn’t hurt either. But still, I wondered – how could I live and teach in a culture so demonized by my own?

In a post-9/11 world, Muslim bashing has become what gay bashing was twenty years ago – socially acceptable.

Speak a derogatory comment about Islam or Arabs and your interlocutor will – if they’re not Muslim, of course – more than likely throw out one of their own epithets.

Take these remarks from western religion, press and government as recent examples:

In June, the Reverend Jerry Vines described the Prophet Mohammed as “a demon possessed pedophile” to his 25,000-member congregation at the First Baptist Church in Jacksonville, Florida.

SBC’s current president, Rev. Jack Graham, a pastor to 20,000 at the Prestonwood Baptist Church in, Plano, Texas agreed with his assertion that “Allah is not Jehovah … Jehovah’s not going to turn you into a terrorist that’ll try to bomb people and take the lives of thousands and thousands of people.” 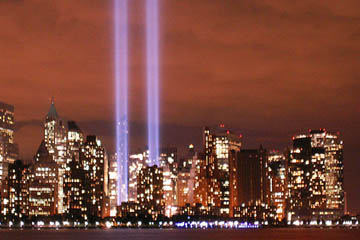 In a June interview with NBC’s Katie Couric, nationally syndicated columnist Ann Coulter noted that, “it might be a good idea [for Muslims] to get them some sort of hobby other than slaughtering infidels.”

Her position has softened considerably since last September when Coulter argued that, “we should invade their countries, kill their leaders and convert them to Christianity.”

A North Carolina state legislator echoed the sentiment of the Family Policy Network, a conservative group currently suing the University of North Carolina over the required reading for freshmen, when he stated on a local radio program that, “I don’t want the students in the university system required to study this evil.”

William Lind, of the Free Congress Foundation declared bluntly that, “Islam is quite simply, a religion of war. They [the Muslims] should be encouraged to leave.”

The Seeds Of Fear

The attacks on the Twin Towers in New York have brought our collective fear of the Middle East from the background into the forefront of our minds.

The seeds of Western prejudice towards Islam were planted when the religion was born.

Yet according to Edward Said, a professor of comparative literature at Columbia University, the seeds of Western prejudice towards Islam were planted when the religion was born.

When Berber Muslims from North Africa invaded and conquered Christian Spain in the 8th century, general prejudice towards Islam blossomed into a real political and economic fear throughout Europe.

“It is no coincidence,” notes Professor Said in an International Herald Tribune article, “that Dante places Mohammed in the next to last circle in hell in his Divine Comedy, right next to Satan.”

After 700 years of circling us in our collective fear, the general apprehension became real terror again when Ottoman Turks sacked Christian Constantinople, converting it to Islamic Istanbul.

Since that time, and most recently with the events of September 11th, the West has lived in fear of what Austrian nannies, hoping to scare their children into behaving properly, used to call the Mohammedem, the followers of Mohammed.

Small wonder my friends and family seemed apprehensive when I told them that I was moving to the Middle East to teach English in the Sultanate of Oman. 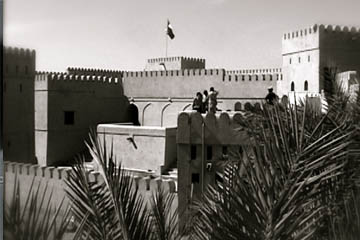 Upon arrival at the small provincial college in the northern hinterlands of Oman, my first experiences did little to dispel those oppressive images seared into my western consciousness: a relentless Arabian sun beating down on whitewashed buildings; separate entryways for male and female students – boys through the front, girls round the side.

Mirrored shades and five o’clock shadow on the security guards at their posts. Capped with parapets and buttressed with sentry walls and watchtowers, the campus looked more like a prison than the Ibri College of Applied Sciences.

Inside, date palms brought no relief and little shade to the teenage girls scuttling from the air-conditioned confines of the dormitories to their classes – the black veil of their hejabs and the aromatic scent of hand sanitizer fluttering behind them.

Young bearded men sporting starched-white dishdashas (wrist-to-ankle shirt-dresses) and embroidered caps congregated in the â€˜male passageway’ – their starchy scent hanging with them as they waited for their cue to enter the lecture hall – my arrival.

Already seated on the left side of the classroom were the girls – quietly respectful in their modest hejabs and long black abbeyyas (an all enshrouding polyester gown of sorts). As the boys in white shuffled in and took their seats on the right, I took a deep breath before jumping into the matter at hand: teaching the academic essay.

As a teacher, I soon began to see beyond the veil. My new students were shy, giggly and easily embarrassed in person (one student actually showed up with a note from the doctor excusing her from an exam because of giddiness).

In the black and white world of Islam, there was much more grey than meets the eye.

However, in their writing, students like Aisha, Afrah and Rahma (meaning Life, Happiness and Mercy) shared their lives and religion as the others did – openly and with a clear sense of duty.

From the very first essay on Ramadan (where their passion for their faith became obvious) to the assignment on the five pillars of Islam, to the process paper on the rituals performed during haj (ideal for teaching chronological order), writing about Islam became our vehicle of mutual discovery.

When I discovered that all human activities can be classified along an Islamic continuum of haram (forbidden), makruh (discouraged) and hilal (acceptable), it seemed preordained that I should use this classification scheme for teaching purposes.

Writing the categories of haram, makruh, and hilal on the white board, I asked my students to classify certain behavior.

After we brainstormed, it became obvious (except for a few like drinking human blood and adultery) that in the black and white world of Islam, there was much more grey than meets the eye. 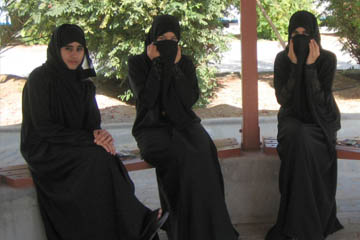 When I designed an assignment on the evolution of Islam in the context of Omani society, I was sure that Ahmed, Mohammed and Rashid would have no problem writing an intro that would grab the readers attention.

But the point I was most interested in was their concluding paragraph. This final thought was supposed to predict what behavior would someday move from “forbidden to discouraged”, and from “discouraged to acceptable.”

Here they balked. Understanding the historical context of why a sheep is sacrificed at the end of Ramadan (Abraham did it to give thanks to God for letting his son live) was a far cry from predicting how the lives and values of their children might be different from their own.

The fact that we were sitting in a mixed gendered classroom, that most students listened to non-Islamic songs on their mobile phones, chatted with the opposite sex online or via â€˜love SMSs’ and that some girls wore make up and let their hair show from under their veils seemed to escape their attention.

The thought of their parents engaging in such behavior was unthinkable. The fact that they were doing so now was embarrassing.

But they all stubbornly clung to the idea that recent developments marked the extent of potential change.

Most interesting of all was Fatma’s view on the changing nature of Omani society. Unlike the other girls, she was bold, ambitious and decidedly not giggly.

After class, Fatma lingered for a moment. Gliding towards the whiteboard I was wiping clean, she actually thanked me for the assignment.

I was pleasantly surprised. As unaccustomed to such gratitude as I was, I still managed to fish for more of what she liked about it.

Smiling demurely, she confessed that like many her classmates, she too had become lax in listening to secular music. And as a direct result of the essay she had repentantly deleted all the songs in her cell phone, determined to turn over a new leaf.

Suddenly flabbergasted, I watched her half curtsy and float from the lecture hall in her elegant black abbyya – the female embodiment of the Omani ideal, forward looking where it counted but traditional at heart.