Top Countries
Top CitiesView All Destinations
Trending Countries
Trending Cities
Load More
What can a photojournalist teach you about capturing brilliant travel photos? Turns out, quite a bit. 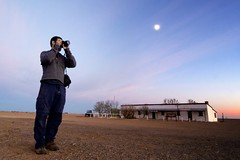 THESE ARE SOME basic pointers to help those without professional training to take professional looking photos.

I’m not going to get very technical here, other than to strongly recommend using a digital camera — preferably one without a delay between when you hit the button and when the picture is actually taken. And set it to as large a file size as is possible given the storage space available.

Get comfortable with the technical functions of the camera you’re using – but don’t get too caught up in the gadgetry of it. Mess around with the camera to find a setting that works for you, and stick with that. Most of the special functions on your camera are much more trouble then they’re worth.

As you go into reporting a story , think about the kind of shots that you want to get and what purpose they will serve in the final package. As you go along, keep re-evaluating this plan in light of what seems realistic, what good shots you’ve already taken, and how many different photos you need for your story.

Get Action or Characters

Always try to photograph some sort of action or event that relates to your story if at all possible. Press your sources for some sort of happening relating to the story that will make for good visuals. If it just isn’t happening, fall back taking great photos that humanize the characters in the story.

Have your camera out of its case, turned on and ready to shoot as quickly and as often as possible. 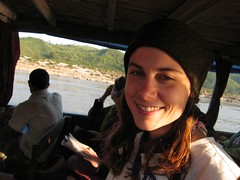 Erase the bad ones later. You’re more likely to get something good, and as your subjects get used to you constantly taking their picture, they’ll act more natural and forget you’re there.

The confidence you exude when taking photos plays a surprisingly large role in the reception you get from your subjects. Act like you know what you’re doing and have every right to be doing it and the people around you will most likely pick up on your confidence and assume the same. On the off chance that someone gets really mad, you can always delete the picture (or just pretend to).

Its polite to ask if you can photograph someone, but sometimes it’s a bad idea (unless you’re pretty sure they’ll say yes). If you just do it and they protest…well at least you got a couple of shots in first. Also, once you point out to them that you’re taking their picture by asking if its okay, they’re likely to stop acting natural and start posing.

Pictures without people are almost always boring. Your story is probably about people, so show us what they look like. 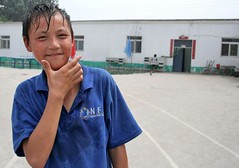 Extreme close ups of people’s faces tend to humanize them more in the eyes of the viewer. Action up close draws the viewer’s attention. Don’t try to get too many elements in one frame – pick one and make it awesome. The closer you are to the subject the less you need to rely on zoom, telephoto etc. You will have more interesting angles and higher resolution.

Put as many layers as possible in your photo. If you want to show a landscape, put something in the extreme foreground to make the picture more interesting. If you’re close up on someone’s face, think about what’s happening in the background in the rest of the frame. If you’re showing a crowd of people, make sure there’s at least one person relatively close up for the viewer to immediately engage with.

A general rule for visually appealing photos, put your subject or the focal point of your shot off center, dividing the frame into thirds from side to side and/or top to bottom. 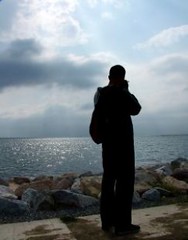 Everything looks a hundred times better just after sunrise and just before sunset, so if you have a choice, try to shoot in early morning or late afternoon. (Also, if you’re inside, a light source coming from the side is better than one directly overhead).

If you see a photo you want to take, TAKE IT! Even if it means stopping a car, running after someone etc. Don’t put it off, thinking you’ll get another chance to take that photo later. Chances are you won’t.

Don’t be afraid to stage

In the end, it’s all about the great shots you get, not your personal scruples.

Obviously, faking entire events is a big no-no, but if you have a willing subject, there’s nothing wrong with asking them to sit or stand in a certain place, hold something significant to the story, or even do some simple thing while you photograph them if makes the photos more interesting or relevant to the story

For example, if you’re story is about a farmer, put him in front of the barn, or shoot him plowing his field. Also, if you shoot them while they’re being interviewed, you’ll get more animation and emotion out of them.