02:48 Jul 9, 2020
Top Countries
Top CitiesView All Destinations
Trending Countries
Trending Cities
Load More
Think being strapped to the plane’s wings might make for an uncomfortable five-hour flight? Then you are not doing your civic duty to keep the airline industry alive and thriving! 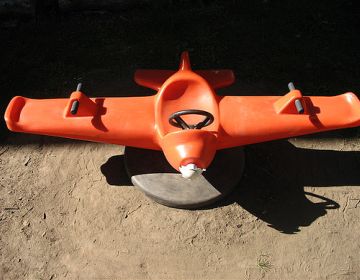 Condé Nast Traveler magazine, on the other hand, decided to recently air out the top five rumors about the future of airline travel.

I must note all of these are much less exciting and futuristic than want we think is going to happen.

Yet in consideration of our hard economic times, and the unfortunate losses that so many corporations are facing daily (‘we only made a $999,000,000 surplus last quarter, down from $2 billion last year during the same quarter!’), I think it is our duty to try and help out, at the very least, the airline industry.

I mean, how much can they really be making from charging us for meals, checking in luggage, and cramming in more seats? It really is the only fair thing to do.

Rumor #1: Southwest will fly to Europe

Guess a rumor has been going around that some $99 seats would getcha outta JFK and into Rio. Nice thought, but no dice.

But really, with jokes like, “Pushing the light-bulb button will turn your reading light on. However, pushing the flight-attendant button will not turn your flight attendant on,” I’m willing to pay at least $150.

C’mon, Southwest, then you too could charge us for peanuts.

C’mon, Southwest, then you too could charge us for peanuts. Really, I bet you could get $5 a pack on one of those eight-hour flights.

If they make it mandatory to check all of your luggage while charging you $50 per piece, there will be plenty of room in the overheard compartments for small women and children.

Also, get some good, sturdy straps and the plane’s wings suddenly become another 30 seats (just make sure there are small TVs installed the length of the wing to keep people entertained). It’s a win-win-wing situation.

Rumor #3: Ryanair is going to install pay toilets on its planes 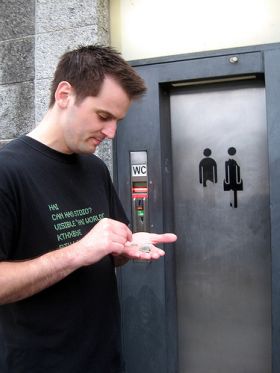 Soon enough, flying will be just like being about to pee in your pants in Europe and not having €.50 to get into the toilet. Seems this one hasn’t fully been dashed yet, so you can keep your hopes up. Anyone have change for $100?

Rumor #4: A 1,000-passenger commercial jetliner is on the drawing board

Sweeeet! If they could just squeeze in a few more, it could be like an Indian wedding! We’ll have sari-wrapping in one corner of the plane, and bhangra dancing in the other. Maybe even a pig-on-a-spit to give it a little Southern flair?

And we can all be dancing, eating, and laughing as we lift off 50 feet in the air and then crash into the end of the runway.

Traveler notes that, “Branson has also been a master of smirky references to the mile-high club when unveiling plans for ‘double bed’ suites.” Now that Virgin megastores are on the downward skid, wonder if he’s having more trouble getting some and has to live vicariously through his clientele?

Maybe they can just charge double when people would like to ‘go to the bathroom’ together? Don’t let him down, my friends!

What other crazy rumors have you heard about the future of the airline industry? Share your thoughts below.