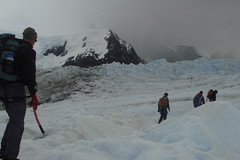 Sometimes, when I tell people I’m a travel writer, they ask if I studied journalism in college.

“No,” I answer. “I didn’t.” And I’m not really a journalist either. Journalism is a noble profession, but as a species of writing it’s sometimes hamstrung by its own rulebook.

Here’s an excerpt from one of my Cambodia notebooks:

Why I’m a travel writer, not a journalist. I can follow a hunch, record hearsay, call an asshole an asshole, make an impression of a place that will be true for me, to this experience, something deeper than a dossier of facts and smellier than a press room briefing: truth in color. You’ve got to go, you’ve got to see, you’ve got to piss people off – you’ve got to float down a Cambodian river, and feel the heat of the sun.

Michael Finkel is one of the most talented travel writers in the world. My admiration for his work is in no way diminished by the revelation that he created a composite character for a New York Times Magazine piece, a scandal that banished him from ever writing for the Times again. Their loss.

Finkel’s stunning portrait of a little scrap of Holy Land encircled by razor wire, hate and fear is one of those rare stories that not only captures a place in time, but holds meaning and insight on a far broader and deeper scale.

Winners may write the history books, but survivors of lost wars can still tell stories. Okey Ndibe was only a child during the Biafran War, but his descriptions of his family’s travails lose no poignancy to the passage of time. Few writers have captured the perspective of looking up to falling bombs so well:

From our hiding spots, frozen with fright, we watched as the bombs tumbled from the sky, hideous metallic eggs shat by mammoth mindless birds.

3. “Death Of An Adventure Traveler” by Rolf Potts, The Smart Set

“Death Of An Adventure Traveler” might just be the best story Rolf Potts has written to date. Rolf nails a theme I’ve been struggling to address in my own life and writing recently: the contrast between high-end “adventure travel” and the humble travelers whose lives are a series of adventures that can’t be picked out of a catalog.

Jason Anthony, Bard of Antarctica, tells the story of a season shaped by wind, ice and companionship on the Odell Glacier, a landscape of isolation where “raw self swells to fill the emptiness.”

5. “Another End Of The Road: Still Searching For Surf In Centro-America” by Spencer Klein, Traverse

There are some feelings you just can’t capture in words. This is one reason why writing about sex is so, um, hard. Surfing is another act of communion that doesn’t lend itself to language, but man, Spencer Klein just about pulls it off:

There was only adrenaline and the thunder of the waves, and the warm colors above and the deep blue ocean below, and you had it, all of it, in the equatorial warmth, and there was no one and nothing out of place, just you and the waves and the feeling – the feeling was there – and you had it, the one you lived for and loved, and the very reason you traveled, the reason you surfed – it shot up your spine – and just when you had it a set would stack up on the horizon and you stroked hard and deep and everything in your body accelerated, and then wait, that wave there, and you turned and it really was just to that point where solitude is fine, to the point where a look over the edge gave you a rush, and a bit of anxiety, and the nerves came even more with the drop, and when you stuck it it felt good and you knew you had it, and checked out, forgot everything, and unleashed a fluid image onto that massive blue canvas, until you came out of it a few hundred yards later, and the after-feeling was there, still no one around, that sense of discovery and purity and timelessness, and all you could think to do was sustain it.

Found a good travel story lately? Share it below!

BNT contributing editor Tim Patterson travels with a sleeping bag and pup tent strapped to the back of his folding bicycle. His articles and travel guides have appeared in The San Francisco Chronicle, Get Lost Magazine, Tales Of Asia and Traverse Magazine. Check out his personal site Rucksack Wanderer.
What did you think of this article?
Meh
Good
Awesome
Bookmark
Posted In
Travel