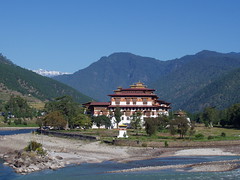 The most powerful travel stories are like lanterns in the night, heart-felt reports from dark corners of the world where truth is obscured by poverty, war, totalitarianism or simple distance.

This sort of travel writing is often far more enlightening than even the best conventional, big-media journalism, which tends to lack both emotion and depth.

This edition of “Tales From the Road” features 5 stories that report from beyond the pale, and whose scope reaches beyond mere entertainment.

These aren’t travel guides or hotel reviews, but rather pure, unfiltered travel journalism with idiosyncratic twists.

Michael Buckley’s penetrating and precise story in the latest issue of Perceptive Travel opens a window to several totalitarian countries, including Cuba, Burma and Iran, and tells travelers how they can let in a little more fresh air when visiting lands of repression.

I had heard of the magazine Granta but never checked it out until tonight. Wow. Absolutely fantastic, in-depth travel writing and short stories.

James Fenton’s detailed piece about the Philippine elections of 1986 is an honest and deeply felt example of wide-angle travel journalism.

Columbia is now a safe and popular destination for travelers. Even the cocaine capital of Medellin was recently written up in the New York Times travel section.

Despite its newfound popularity, however, Columbian politics and culture remain foreign territory for most outsiders. Richard McColl’s rollicking story about the Vallenato Festival is a view from the inside.

Norman Solomon’s tour of war coverage as practiced by the American media shines a spotlight on the biases and institutional laxity of mainstream journalism, and demonstrates how travel writing can be a last-gasp expression of truth and consequences in an era of sanitized brutality.

5) “A Woman’s Work Earns Her Enemies” by Nick Kristof, The New York Times

Nicholas Kristof is one of the smartest, bravest and most persistent travel journalists of our time.

Last spring he profiled courageous victims of state corruption and repression in Pakistan, telling their tragic story and sending a pointed message to General Musharraf, the dictator of Pakistan who recently suspended basic human liberties and the rule of law.

Mr. Kristof’s work is an example of how an excellent travel writer can also be an excellent journalist. It is a tragedy that there are so few American journalists like him.

Read a great travel story lately? Add your comment and link below!