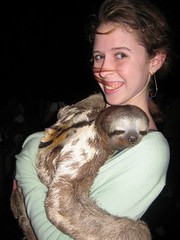 As an American, I’m distressed and saddened by the conduct of my government under Dick Cheney and his pet prince.

Despite Cheney’s fetish for secrecy, I’ve tried to learn more about places he wants to keep out of the public eye.

What better way to gain an understanding of what’s really happening in spots like Guantanamo Bay Prison and the Arctic National Wildlife Refuge than by reading great travel stories written by some of America’s most eloquent voices of truth…and a few Red Sox fans.

I hope you enjoy this week’s picks. Comments are welcome!

1) “The Road to Guantanamo” by Ted Conover

Ted Conover is one of the most perceptive, successful and important travel writers of modern times.

Unlike most journalists who approach an issue or place from the outside, Conover is a participatory journalist, a traveler who actually gets inside the cultures he explores.

Conover assumes an identity – Mexican migrant worker, prison guard, hobo – for months at a time, then writes about the experience with tremendous honesty and insight.

Conover wasn’t undercover when he visited the U.S. prison camp and military base in Guantanamo Bay, Cuba, but his story is the most vivid account of Gitmo I’ve encountered to date.

2) “Inside the Endangered Arctic Wildlife Refuge” by Peter Matthiessen

Peter Matthiessen is not just a great travel writer; he’s one of the best writers of the 20th century, period.

In this heartfelt article on the Arctic National Wildlife Refuge, Matthiessen expresses the beauty of place and nature with great clarity and depth of prose. Hands off, Halliburton!

3) “Babylon by Bus” by Ray LeMoine and Jeff Neumann

“We wanted to go somewhere that mattered, a place where we could observe, firsthand, that holographic concept known as the Global War on Terrorism.

Thus, through a combination of political curiosity, a willingness to work for nothing, and our enduring love of bad schemes, we got serious about going to Iraq. I recall saying to Jeff, ‘We can stay home and do nothing-blow money at bars and sleep until noon. Or we can go see what interests us most.’

4) “Unmentionable No Longer” by Hank Stuever

I’m not sure whether this piece quite qualifies as travel writing, but I figure it’s too hilarious and edifying to matter.

The U.S. State Department warns against travel to Colombia. Wendy Knight’s friends can’t believe she’s planning to take her teenage daughter to the land of kidnapping and cocaine wars.

Of course, government paranoia turns out to be overblown and mother and daughter have a blast in Cartagena, a lovely old city on the Caribbean, but it’s Knight’s account of what happened when she arrived back in New York that really hits home.

6) “From the Ground Up: Planting Seeds in Northern Thailand” by Tim Patterson

I’ve got an extra story for you this week – one of my own!

It’s about a lovely little village at the edge of a National Park near Chiang Mai in Northern Thailand. The village is home to a group of organic communities and natural building centers.

It’s a place I felt truly privileged to find – one of my favorite spots in all of Southeast Asia – and I share it with you in the spirit of mutual trust and good will.