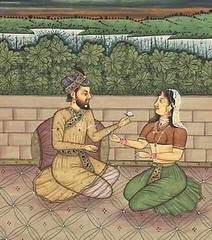 This week’s edition features a mix of comedy and cultural insight.

You’ll laugh your way through a lesson on orgasm control and learn how NOT to deal with inflated charges for hotel room pornography, but like all great travel writing, these stories mix education with entertainment.

Why do Japanese high-school baseball players take the game so seriously? Is it really such a big deal to order afternoon cappuccino in Italy? And what is the secret of tantric sex?

Read on and get in the know!

Poor, pale Dave Mondy is stuck on Miami Beach, “sautéing all day long in a slow simmer of lust.”

Bedazzled by the beautiful beach people, he hopefully wanders into dance clubs and swank hotels, nearly gets picked up by Hillary Duff’s sister and ends up paying $72 for hotel-room pornography.

Dave’s story is honest and self-deprecating in the comic tradition of David Sedaris and Bill Bryson. “The trouble is,” he writes, “I’m stupid and hope springs eternal.”

Kyrgyztan makes P.J. O’Rourke “run out of adjectives.” Readers familiar with O’Rourke’s hilarious travelogues know that he rarely has trouble finding the right word, but we can cut P.J. some slack this time.

After all, it’s not easy to engage the mental thesaurus when stuck on a hillside somewhere beyond the Hindu Kush, with camp and vodka supplies on the wrong side of a landslide.

The sentiment he finally manages is sparse, but evocative: “I wasn’t dead. And I wasn’t dead in a magnificent place.”

When I lived in Japan I sometimes practiced with the baseball team at the local high-school. It was embarrassing, because even the tiny 9th graders hit better and threw harder than I could. Scott Lothe’s perceptive article makes me feel better about myself.

In Japan, baseball is taken very, very seriously. The 9th graders who politely schooled me in every aspect of the game had been taking batting practice and fielding ground balls for years before I arrived on the diamond.

No wonder Daisuke Matsuzaka and Ichiro Suzuki play with such focus and intensity.

4) “When in Rome, Don’t be a Slave to Common Wisdom” by John Flinn

Ordering an afternoon cappuccino in Rome? Laughable! Barbaric! Only the most ignorant of tourists would consider such an inappropriate beverage! Everyone knows that. Right?

John Flinn arrives in Italy determined to challenge conventional cultural wisdom, only to realize that tourists get more worked up about coffee than the locals do. When in Rome, the truly wise will chill out and drink what they want, when they please.

I’m not the first critic to appreciate the combination of raw humor, lush description and acute insight into traveler culture that makes “Tantric Sex” one of Rolf Pott’s very best stories.

You’ll also find it anthologized in the 2006 edition of Best American Travel Writing. Only Rolf can write a story about sex, monkeys and urination that makes you feel smarter, not dumber, by the end.