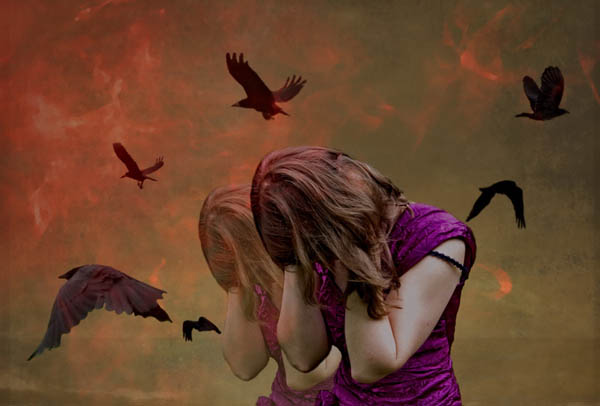 To boldly visit foreign lands, the wannabe traveler must conquer a slew of travel fears. Learn how to sweep them aside and embrace the true rewards of travel.

Given the relative safety of aviation, and the existence of many budget airlines such as EasyJet, SkyEurope, and Ryan Air, one might be tempted to conclude that travel is a common pastime, partaken of by most.

Yet, as any good traveller already knows, there’s more to travel than moving from one place to another. Travel is about broadening horizons and knowledge, and can be, as cliché as it may sounds, a way of life.

There will always be those that opt for one- or two-week holiday packages, preferring a slight respite to paradigm-altering travel that usually requires longer blocks of time and willingness to dive deep.

And then there are the wannabe travelers that have never traveled. This may be caused by the slew of valid reasons why one cannot travel—a lack of money, family obligations, legal restrictions, physical handicaps, inability for time off work, and the list goes on and on.

But assuming one is able to clear this checklist, it can be difficult to understand why someone would choose not to travel.

I believe this choice is greatly influenced by fear. The fear is layered à la Dante Aligheri’s depiction of hell; the outer layers comprise some of the more shallow fears, the inner for the more serious.

Layer #1 – Fear Of Leaving Things Behind

The first layer to overcome is the far of leaving things behind. Whether it be for a fortnight or for a year, the obstacle that every traveller or prospective traveller faces is that of what will be left behind when one departs.

Attachment is not the ally of a traveller. Instead, realize that material possessions are just that, things.

There’s the inanimate that needs to be minded at home: the house, the cars, the valuables, and all the material things. Then there’s the sentient being one doesn’t want to feel like one is abandoning. Pets, friends, and the familiar faces of daily life can prove too difficult to relinquish, even for a short period of time.

Attachment is not the ally of a traveller. Instead, realize that material possessions are just that, things. They will be there when you return, or even better, can be sold before you leave.

Pets are more difficult to leave behind, though if you’re lucky, a friend or family member can adopt your animal while you’re gone. Or in the case of extended trips, a loving home can be found.

Layer #2 – Fear Of Not Reaching The Destination

Supposing the first layer has been conquered, the next challenge is achieving the act of reaching the destination. The demons plaguing this layer are the questions of:

How exhausted will I be upon arrival?
Will the plane crash?
How long will I have to sit on the train?
What if the car breaks down en route?

Often overcoming these fears can be conquered by having enough enthusiasm for the destination yet to be visited. Film, book, and word of mouth are often enough to catapult the timid from home, along with an understanding that bad things can happen, no matter if you’re at home or not.

Layer #3 – Fear Of Losing Our Security

Nearly everyone resides within a fortress of familiarity. We have our own homes, our jobs, and our daily routines. It’s this level of security and comfort that must be trounced if one is indeed to travel.

This anxiety can manifest itself in the form of prejudice. The aspiring traveller might assume the worst of the local population, convinced they are a target for violence or theft, and that the foreign cuisine’s only purpose is to spew havoc in their gastrointestinal tract.

These fears are easily counterpoised by a healthy scepticism and trust in regards dealing with the locals, along with trying a few traditional dishes before embarking on a journey.

Layer #4 – Fear Of The Unknown

The fourth band that binds the body to home is the first ardent impediment faced, as opposed to the other fears, which are largely products of conditioning and culture.

Fear of the unknown hails from something deeper, something practical at times. (Had the dodo been for frightened of visitors to its native Mauritius, where it had no natural predators, the dodo might be flourishing today.)

To defeat this obstacle it takes a strong will fortified by desire and validated with sufficient research to bring the purposed destination out of the shadows and into the light, ready for personal observation and experience.

Layer #5 – Fear Of Opening Our Minds

So, a caretaker has been found for the home and garden, friends have bid their ‘farewells’ and ‘bon voyages’, and an unquenchable thirst for the land from a childhood story has been stoked and the vigour to overcome a fear of flying is maintained.

Enough information about local custom and tourist traps has been acquired through friends, the printed word, websites, and documentaries. The expected food has been tried and emergency medications have been stocked. Research has shed enough light into the darkness of an unknown and foreign place to make it seem less than uncharted.

It’s time to brave the final echelon of fear.

The conquest of the first layers will have all been in vain if one is not willing to face the endmost trial, the last challenge. It is debatable whether or not I should even call it a fear, a trial, a challenge. Unquestionably, it is not easy, but it is something that should be embraced rather than confronted, accepted rather than conquered.

This last challenge—no, let us call it, the reward for accosting the worries of travel—is the prospect of having one’s own views changed.

Travel is the act of shattering what we know at home, the act of destroying our preconceived notions of foreign lands, of challenging what we believe based on our own cultures and previous experiences.

This is the great reward of travel.

For those afraid of having their paradigms altered, I have no advice.

What do you think of these travel fears? Share your thoughts in the comments!