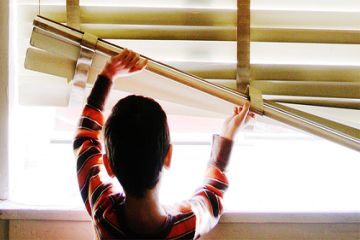 More and more conversations these days seem to veer in the direction of change and the soon arriving “enlightenment of humanity”. I must admit, I tend to get a bit depressed thinking that we’ve made it to a period of shifting priorities and spiritual awakening.

And then reality sinks in and I can’t help but feel jovial as I read about things like the supposed Obama affair, with such deep admiration for quality news reporting by outfits such as the National Enquirer and the Daily Mail (and yes, this article is from 2008 and yet it is one of the most viewed articles on May 3, 2010).

Don’t forget Rush and his thoughts on deliberate oil spills by those pesky environmentalists, just to make a point. Dead on, Rush, dead on. Probably the same group of people who tried to bomb Times Square.

Seems that Tony V over at Reality Sandwich might just back me up that those seemingly ever-present spiritual optimists spouting crap like “shifting paradigms” and “alternate realities” might just be sucking up all the air:

It’s a long shot, doubtless the superlative of its category, for a global spiritual awakening includes not only organic North Bay yogis but also corporate criminals lounging in their seeping pits of avarice, and hey, let’s not forget the truck driver jerking off over a crumpled Hustler in a gas station bathroom outside of Vegas.

Just because we had a recession and people lost their entire livelihoods, and we continue to put billions of dollars into wars that mostly kill innocent babies and children doesn’t mean we should jump on some liberal-hippie bandwagon about some saving grace called 2012. What’s up with our pathetic attempts to place hope in something we can’t buy with cash? C’mon, people, reality is a good thing.

But there is an undeniable plague of spiritual starvation upon us, and I can’t help but feel some dismay when I see grandiose hopes for salvation placed at a point in the alleged future that I have no compelling reason to believe will feel any different than right this very instant right now.

Ok, sarcasm aside, what he says kinda rings true. So now what do we do with that?

Do you think we are living in a time of awakening, or is this just an idea we are holding onto to get through the days? Share your thoughts below.