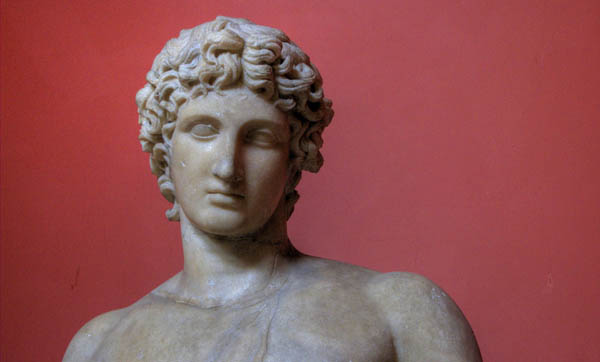 A traveler/philosopher shares his motivation for creating The Big View, a hub of classic philosophy and new ideas that may be critical for humanity’s future.

“If life is a journey, then philosophy is like a compass. It helps us to find our way through the jungle of possibilities that life presents.”

With these words, Thomas Knierim articulates his reason for creating The Big View, a website with the goal of “rendering a bird’s eye perspective on various philosophical topics, hence, the name.” Topics as diverse as Space Time, Buddhism, and Greek Philosophy are all presented clearly…and more importantly, concisely.

I caught up with Thomas to discuss the site, the importance of cutting through noise on the web, and the growing realization that everything is connected.

BNT: How has philosophy acted as a compass in your life?

THOMAS: I mentioned this because some people believe that philosophy is a boring academic pursuit or perhaps just mind acrobatics. This is a misconception. Philosophy deals with the big questions in life and these questions affect everyone. Philosophy informs us about our limitations and our possibilities. 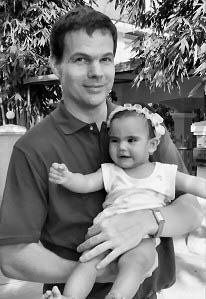 In my case, it has provided me with insight into human nature and with good advice about which goals in life are worthy following. Most people seek happiness in external things, such as wealth, love affairs, lifestyle, adventures, etc., and they put an enormous amount of energy into these pursuits.

True happiness, however, is a state of mind, and as such it does not depend on external conditions. This sounds like a cliché, but it’s true.

Philosophy directs attention away from the external world to the inner world. It directs the attention towards the development of self-knowledge and perfection of mental qualities… which are difficult but worthy goals.

You currently live in Chiang Mai, Thailand. What effect has traveling and living in Southeast Asia had on your own Western worldview? On the other hand, what do you see are the pitfalls of only relying on Eastern ideas?

I am living in Thailand for 16 years, so the Buddhist worldview has shaped my own worldview. If you live in Thailand you are sort of forced to learn Buddhism, because you cannot really understand the Thai culture without understanding Buddhism.

Things that I once considered universally valid turned out to be just culturally conditioned.

There is also a notable Chinese influence, especially in Bangkok, where I lived before. To experience Asian culture first-hand is quite educating, as it sets things into perspective. Things that I once considered universally valid turned out to be just culturally conditioned. I found Eastern philosophies, especially Buddhism and Taoism, very deep and enriching.

The major trap, on the other hand, is to see Eastern ideas as silver bullets, or magical solutions. Westerners tend to either ignore Eastern ideas altogether or develop disproportionate reverence for them. I think it is always a bad idea to forgo critical analysis.

The major challenge is probably not to get carried away. There is such an enormous amount of information out there and it is so easy to get lost. This is facilitated by the interactive nature of the Internet and its associativity brought about by the hyperlink.

For example, when I start looking for a specific piece of information, I inevitably come across some link that sounds interesting. If I decide to follow that link and to dig deeper, I might end up watching a video or reading a page that has little or nothing to do with the initial quest.

Another problem is the sheer amount of information that is available on each topic, which forces us to learn how to select information by specificity, presentation and scope.

How did you decide what philosophies (and philosophers) to include on your site?

I simply chose the topics and philosophers that interested me. Some of the material about Greek philosophy goes back to the pre-Internet Bulletin-board era when I had more or less scholarly (probably less!) discussions with other people interested in ancient philosophy. 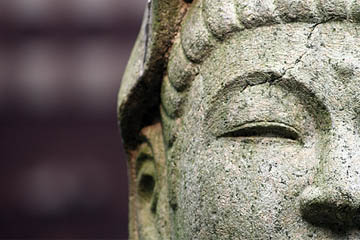 In the physics section, I tried to put well-known science topics into a less rigid philosophical perspective. In the Buddhism section, I tried to create a straightforward introduction that is intelligible to Westerners without any background in Eastern thought.

I had studied Buddhism a few years earlier from a number of books that used complicated language and unfamiliar Pali and Sanskrit terms, so I wanted to avoid that as far as possible. In future, I’d like to add new section about formal logic, Indian philosophy and evolution theory, but unfortunately at this point I don’t have much free time.

I have to ask, since I’m sure it’s a question that has plagued many philosophy archives. In your opinion, why aren’t women philosophers better represented throughout history?

It is not all that surprising, because you could likewise ask why aren’t female politicians, artists, doctors or female scientists better represented throughout history, and the answer is the same.

Throughout the last few thousand years, the patriarchy has dominated human societies. Not every society was patriarchal of course, but the one that led up to present-day Western culture certainly was a patriarchy and a quite rigid one at that.

Women were simply not considered fit to exercise the named professions; they were given little opportunity, little attention, and little credit. They were rarely able to gain public recognition. You only need to look back 100 years in European history to recognize the grip of the patriarchy.

So the grounds for female artists, scientists, philosophers, etc. have been infertile for a really long time. Fortunately, this has changed.

“Everything is connected.” This theme applies to many great philosophies throughout history. Yet it also seems to be the unifying idea of our time: from string theory, to weather patterns, to foreign policy decisions. Do you think humans will fully understand and here’s the key apply this idea in our lifetime?

Yes, I think that people will at least develop an intuitive understanding of interconnectedness. Things have changed, especially due to advancing technology and globalization.

My kids are growing up in a world that is different from the world I grew up in. Today, there is the Internet, there is a global market, and there is an emerging global culture.

My kids are learning three native languages as they’re growing up. They are at home in Asia as well as in Europe. They eat Thai food, Japanese food, German food, whatever. Intuitively, they understand that they are connected to different cultures.

For them, interconnectedness and global thinking will be quite natural.

For more, visit The Big View.

What do you think the importance of “the big view”? Share your thoughts in the comments!

Tagged
Religion Interviews
What did you think of this story?
Meh
Good
Awesome

Rajasthan’s epic camel festival is two days of fur-cutting, dancing, and races
30 awesome Japanese idioms we should start using in English
The most popular last name in every country in the world, and what they mean
9 boardless, cardless games to play anywhere
21 amazing images of the new Seven Wonders of the World