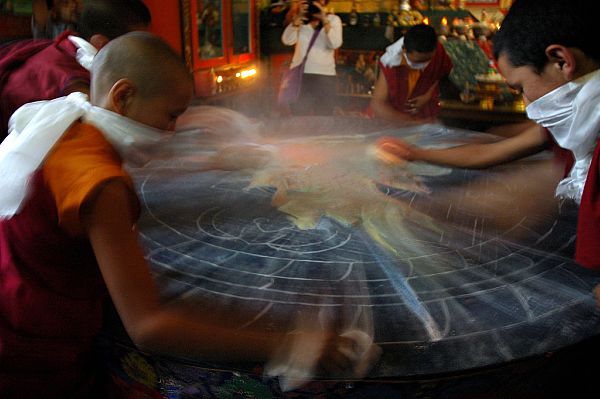 Embarking on a Buddhist meditation practice might break you. Or, if you can stick to it, it might just make you better friends with yourself.

I stood there, naked among fellows in saffron robes as they mingled about, paying no mind.

They’d taken everything I’d been wearing, and were looking for loose fitting white clothes to fit my stereotypically mammoth western frame. They had told me to bring a stopwatch, and being the naïve American that I was, I had assumed that the stopwatch app I’d downloaded for my iPhone would suffice.

When I pulled the phone out of my pocket on arrival and asked if it was okay to use, Pra Chambordain (the monk in charge of training incoming foreigners) quickly snatched it from me, saying only, “When you leave, you get back”.

Now, draped in all white garb and stripped of my possessions except for basic toiletries and a cheap stopwatch from the temple store, Pra Chambordain led me to my barren room. The bed was of simple wooden construction and had a thin cushion. There was a bathroom with a shower and toilet. I was told that at 4:30 in the morning, my training would begin.

The Desire for Experience 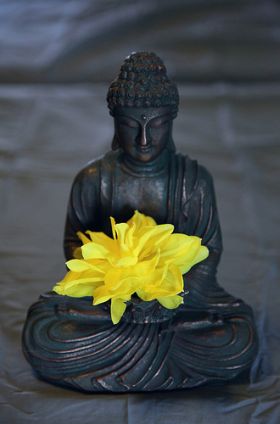 I’d come a long way for this experience. Indeed, one of the main reasons I’d wanted to travel to Thailand was to live in a Buddhist temple and try walking a mile in the dusty sandals of a monk.

Thailand’s people are more than 90% Theravada Buddhist, so the culture is intrinsically tied to the practices and calendar of Buddhism. That’s what I was looking for – complete immersion. The nearest temple to me in the States was next to a strip mall, and the plastic wrapped Buddha statues for sale in the window spoke volumes.

I didn’t want there to be any room for me to question the authenticity of what I was to go through, so I had to go closer to the source. It was only through my own research that I discovered how incredibly logical most of Buddhism is. So much so that many consider Buddhism to be something closer to abstract physics than a belief system.

My seeking led me to Northern Insight Meditation Center, also known as Wat Ram Poeng, which is just a short 4km ride south from the heart of Chiang Mai. They are donation based and welcome anyone who earnestly wishes to learn the practice of Vipassana meditation.

At the temple, it wasn’t the bells that woke me up at 4:30 every morning. Rather, it was the cacophony of howling stray dogs that bayed at the pain of hearing them in combination with the bells that never failed to split my tired eyes.

We were expected to rise then, practicing in our rooms until 6:30am, when another bell signaled breakfast. Then we would take to the temple ground for meditation and listen for the bells again for lunch at 11:30am. After this meal, there was to be no more eating for the day in the tradition of the practice, as it spoils concentration.

We reported to the abbot about our day’s experiences spent in meditation around 7pm. Bed time was at 10pm, and in between these events, there would be only meditation. No talking, no leaving the grounds, even eye contact was discouraged.

There would be only meditation – no talking, no leaving the grounds, even eye contact was discouraged.

The first day, not knowing how to practice properly, I went about stretching and decided to take a shower. I was beat, completely out of it from lack of sleep, but this was not to last long. In Chiang Mai, it can get quite chilly at night, and the showers only pumped cold water.

If anyone in a nearby room was trying to focus, they were likely disturbed by a dying animal-like shriek that announced my brief entrance and exit from the ice cold stream. I learned quickly that it’s far better to shower in the heat of mid-day. 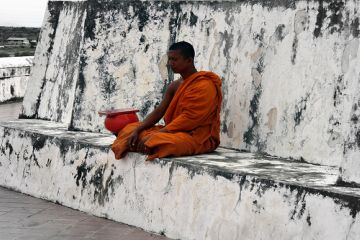 I learned the practice itself almost immediately. Indeed, it’s very simple – maddeningly simple – so much so that meditating in the Vipassana tradition was difficult to do for even 15 minutes at first.

It sounds so easy; sit still, focus, clear your mind and experience the present moment. But how quickly anger, despair, impatience, a whole spectrum of intense emotions cascaded through me, while I was trying to find that inner stillness.

All of these feelings told me to get up and run out of there. Many other students abandoned ship and left during the first few nights. One girl told me she broke down crying several times. On the fifth day I almost boogied, but I convinced myself to stick it out with a little help from Pra Chambordain’s straightforward advice.

I told him of my thoughts and feelings, of my desire to leave. All he said was, “thinking, thinking, thinking”. That was the help I needed to realize that I should always acknowledge my feelings and my emotions, but not let them take the wheel.

We were expected to eventually meditate 10 hours per day, beginning with 4 hours on our first day and increasing the time with each passing day. Considering I was a diagnosed ADD kid with a mile a minute mind, all of this was a big change from the western life of flashing adverts and fleeting pleasures that I was used to.

In those two weeks I discovered how to work toward developing a mutually beneficial relationship where I was fully in charge of myself.

Coming in, I had been at odds with myself. My mind was a wild dog, doing whatever it pleased – hardly man’s best friend. In those two weeks I discovered how to work toward taming this beast, and toward developing a mutually beneficial relationship where I was fully in charge of myself.

No matter what emotions I’m feeling, I can acknowledge those feelings without selfishly letting them decide what’s best to do. Instead, I can remain calm, take a deep breath and find a positive solution for all involved that isn’t solely self-serving.

To this day, whenever I feel frustrated about life, about the future, I can still hear Pra Chambordain’s calming voice saying in simple English, “don’t cry before you hurt.”

Have you experienced a mediation retreat anywhere in the world, and how has it changed you? Share your stories below.

Tagged
Travel Chiang Mai, Thailand Thailand
What did you think of this story?
Meh
Good
Awesome