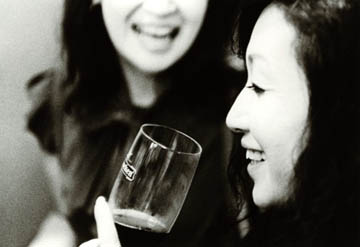 Recently I was talking to a female friend of mine – a friend who is incredibly gutsy when it comes to solo travel.

We were talking about my bar-hopping habit when I travel solo, and she mentioned how impressed she was by my ability to wander into a local drinking hole on the road and make myself at home.

Really? But hadn’t she survived crowds of elderly Chinese women on a Yangtze river cruise, staring at her while she peed, fascinated by her pale white butt? Hadn’t she been stranded in rural Siberia, when that famous train pulled out of the station without her?

Yes, she said. But she still found going into bars, alone and in foreign climes, pretty intimidating. I told her that for me, it was the opposite: drinking alone was the easiest part.

For anyone else who might be intimidated by hitting the bar scene solo, here are a few practical tips:

Pick a pub with live music playing, or a sports bar with an exciting game on the TV.

It can feel awkward sitting alone at a table, staring into your pint. Writing a postcard or reading a book can work, but those options won’t help you meet people.

Pick a pub with live music playing, or a sports bar with an exciting game on the TV. This not only gives you something to stare at, AND something to talk about with all those new friends you’re about to make – it’s also a great way to learn more about the local culture.

I’ve soaked up live blues in the Mississippi Delta, watched cricket at a beachside shack in Barbados, and cheered the hometown rugby club on in northern New Zealand – all experiences that easily surpass any paid tour I’ve ever taken.

It’s a cliche image: the solo drinker, belly up to the bar, pouring out his (or her) soul to a sympathetic bartender. But most of the time, that image comes true.

Assuming the place isn’t swamped, the staffer behind the bar is likely to ask you about yourself and listen patiently to the answer. That’s her job.

If you’re alone at a table you’re completely isolated from all your fellow solo drinkers. At the bar, you’re all in it together, and you may find yourself passing the evening swapping stories, telling jokes, or – see #1 – cheering on the local team together.

3. The Early Bird Doesn’t Get Harassed. 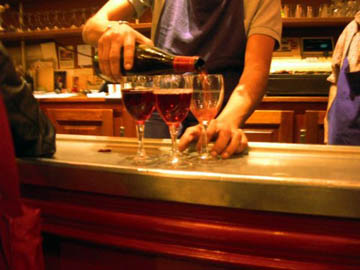 This one is especially applicable for solo females: drink in the afternoon.

Times are changing, but in many parts of the world (and even at home in North America) there can still be a stigma or a set of assumptions attached to a woman alone in a bar at night.

Some people might assume that your only reason for being there is to get picked up, and while a little flirting can be fun, I’m guessing a whole evening of propositions from random men isn’t what you had in mind.

An afternoon setting is much more casual, and less fraught with expectations. Not that I’m saying you should stay in at night! But starting early means you leave yourself plenty of time to make some new friends before the sun goes down.

The reverse is true for the guys as well: Drinking alone at night, it might be harder for you to meet people, as they may assume you are on the prowl. Fair? Not really. But hey, getting started in the afternoon is a pleasant price to pay for old stereotypes that won’t die.

Not every bartender is going to get chummy right away, but most often there’s one surefire way to get them to open up.

Not every bartender is going to get chummy right away, but most often there’s one surefire way to get them to open up.

Recently I wandered into an intimidatingly local pub in Brooklyn, full of thickly-accented regulars and a classic close-mouthed New York bartender who didn’t give a f*ck.

I’d been hovering awkwardly by the bar for a few minutes when the bartender finally deigned to acknowledge me. I asked him about local microbrews, and – just like that! – he was all smiles and chitchat.

I wound up sampling a few different options before settling on a special Christmas ale, and – naturally – turning my attention to the Giants game on the screen above the bar.

The key to drinking alone is the vibe you give off: you want to seem friendly and approachable, but not predatory or needy. Staring at your table or your book will ensure that you stay solo – which is fine, if that’s what you’re after.

But if you’d like to meet your fellow patrons, make eye contact with people and smile. Comment out loud on the game, or clap loudly (and look around you while doing so) after a musician has finished his set.

Don’t be afraid to start a conversation with your neighbor – and don’t be surprised if he starts one with you first.