The first thing I notice about the Tokyo subway system is how quiet it is. No panhandlers, no music leaking through cheap headphones, no complaints. 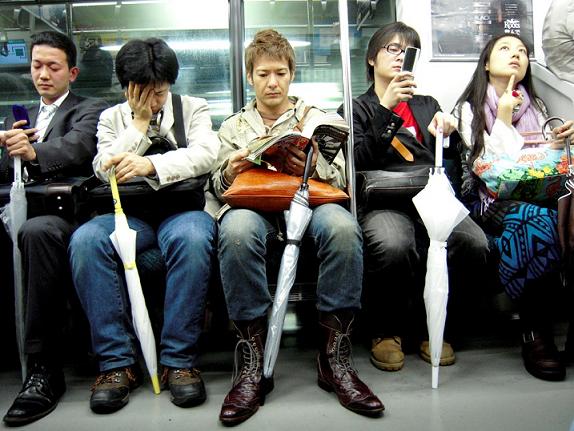 I came here to understand the men I grew up with-men like Pacman, Q-Bert, and Mario-but so far I don’t see them on the faces of the commuters with their heads down towards their hand-helds.

Through the thick plastic windows I can see that it’s raining, which is good because in Japanese films there’s always lots of rain, especially if the film takes place in the future-it always rains in the future.

But this trip is not about the Japan I have come to know through celluloid; it’s about a place called Zillion, a place where the sky is blue even if you’re stuck a thousand feet beneath the earth.

Zillion was my favorite video game when I was 13, and although it’s not a place in the traditional sense, it had a landscape, inhabitants, and geography. I have memories of spending time there, like the Italian restaurant my parents took me to for birthdays, or the zoo.

Place, after all, has more to do with experience than reality.

I was probably a year into my Sega Master System addiction when Zillion came along. It came in the usual white box with black lines, and had that same smell all new plastic things from Japan have-that intoxicating aroma of microchips.

When I put the cartridge in the slot, a new world opened: A blue sky cut the green pixilated grass and a woman appeared on the screen, only she wasn’t choppy looking like most game characters I had seen before. Her face appeared hand-drawn, more like a cartoon, and the text that appeared beneath her hinted at a larger narrative than the video game plots I was used to.

“Yes,” I thought, “I will go underground and collect the discs. Yes, I will destroy the base. Yes, I will vaporize the robots.” How could I let her down? She had the most beautiful face in the Sega universe.

Now to be honest, Zillion is kind of a bad game. Looking back, it was repetitive and frustrating. But I kept at it for the promise of new levels, different graphics, most importantly, for more of those interludes-more of that cartoon face-more of the story. 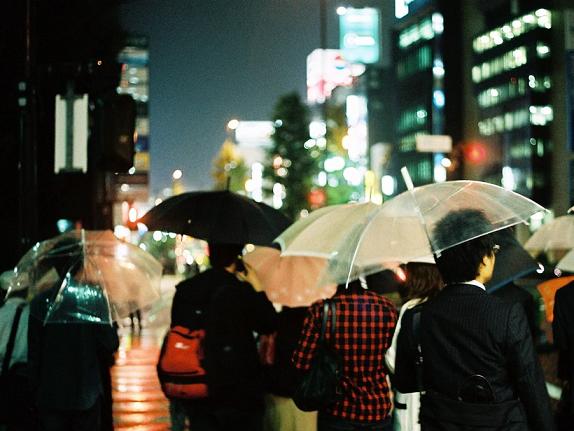 As I make my way from the train station to the hotel, I’m struck by how easy everything is. I don’t speak a word of Japanese, yet somehow –even with my horrible sense of direction– I’m at the front desk checking in.

A moment before this, I bought my first Tokyo item, a clear umbrella. What a simple, but perfect idea-you can hold the thing close to your head but still see! It makes me question why the umbrellas back in New York are black.

Before I arrived I was told over and over again how walking around Tokyo is like being on a different planet, how the culture is so unique and odd.

It’s been called strange, bizarre and weird, but I feel like it’s the only place on the planet I belong. I’ve only been here two hours and yet I’ve never felt more comfortable in my life. It’s clean, it’s symmetrical, it’s a video game in the best sense of the metaphor.

The neighborhood I have chosen for my base is Asakusa. I didn’t want to be in the frenzy of Shinjuku or the mid-town Manhattan-esque Ginza. I wanted some place distinctly Tokyo, but still quiet. I’m here for three weeks, so there will be plenty of time to soak my brain in neon and human traffic. 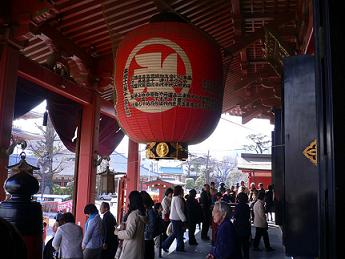 On the way to the hotel there’s a huge gate with demons flanking both its sides. In the distance, a grand temple looms under the grey sky. The scariest crows I have ever seen caw as tourists flock to the outdoor market behind the gate.

I look towards the ground and see a man wearing a pair of boots I have only seen on the feet of cartoon ninjas. But this man is not a ninja, he’s a regular guy. Turns out they sell these boots at the hardware store. It’s my first taste of tradition and modernity living harmoniously together. I’ve only seen it one other place-the Sega Universe.

When the User is the Story

Video games are not bound by the same genre constraints as books or movies. Since the stories are secondary to the action, older game design cared little about the narrative, the characters, or the drama. The user was the story. Games today have taken a much more cinematic approach to interaction, including actors, real locations and full-on Hollywood style scripts.

A game like Zillion however, blended images from various time-periods. Medieval Europe mixed with 1980s Tokyo and created a unique sense of time and place. The people there looked and acted like courtly lovers, but they had lasers instead of swords. Magic spells mixed with computers, enchanted armor competed with light-warp drives.

As a child, I could never put my finger on this collage. As an adult I know that it’s not a collage-it’s Japan.

“It’s my first taste of tradition and modernity living harmoniously together. I’ve only seen it one other place-the Sega Universe.”

I wind my way down a narrow street. There are multi-colored tiles everywhere, like the pixilated building blocks that make up every video game ever designed. A neon sign hangs under the missing sky and throws light on a stall selling ancient looking wood figurines.

Everybody greets me with a smile, and we make the most of our poor language skills. Video games, after all, were always the victim of bad translations.

More clear umbrellas swing by and I feel that no matter how far I walk, I can not get lost. When you enter a new game, everything about the landscape is unfamiliar but you know that you can’t move outside a defined grid-a game is not infinite and the there’s only so far you can go. It’s a safe feeling, a feeling I have even as I end up down a dark narrow alley.

I begin to think about dinner. I’ve never been to a restaurant that exclusively serves eel, and the guidebook says I’m in the right neighborhood for the slippery cuisine. It’s gotten quiet and there is a smoky smell in the air. I can’t explain it, but I feel like light and gravity function differently on this side of the earth.

I know that I am not home, that I am in a land far far away from my bedroom back in New York, but nothing feels unfamiliar. I’ve been here before through the portal of Zillion, and like an all night session with a game you just can not turn off, I never want to sleep again.