AFTER AN EXPLOSION of confusion and outrage more typical of Zimbabwean politics than the normal, good-humored tone of this little travel magazine, the Thomas Kohnstamm affair is finally fading into the rearview mirror.

We should have seen the firestorm coming.

After all, the BNT editorial team wasn’t exactly shy about throwing gasoline on the flames (the photo of Thomas in hell didn’t seem so clever when we learned that he allegedly received death threats).

Given that much of the outrage was provoked by misinformation, in retrospect some of the more inflammatory comments are clearly out of line.

That said, we have few regrets about publishing the post, and feel that with the dust settled, there is much we can learn from the experience.

Reacting To The News

As a reaction to the story, Eva’s post was right on the money.

Here’s one thing we want to make totally clear: Eva’s original post was a response to a developing news story, not a news article in its own right. There’s a big difference.

The facts in the mainstream newspaper and wire service publications that first reported the story were sensationalized and exaggerated to the point of serious distortion. Why this was the case remains unclear, although all parties involved had an interest in making the biggest media splash possible.

As a reaction to the story, Eva’s post was right on the money. So, for the most part, were the opinions expressed in the commentary as the story evolved.

Instead of reacting in the heat of the moment, should we all have stopped writing, taken a deep breath and let the facts fully emerge before responding? Perhaps.

Then again, perhaps not. After all, the fire did a pretty thorough job of burning away the exaggeration, and when all is said and done, we’re a lot closer to the truth than when we started.

Kohnstamm comes out of this scandal looking like a mildly sleazy character, but it’s pretty clear that titillating goodies like table service, drug deals and helpful Colombian chicks are just sugary fluff meant to sell books.

So where’s the beef?

In his response to Eva’s post, Kohnstamm wrote the following:

“I am trying to write a book about the truth in travel writing, not some plagiarist who is trying to turn a fast buck off of being an asshole.”

Putting aside the questions of whether Kohnstamm is a plagiarist or an asshole, what does this scandal reveal about the truth in travel writing?

Can You Handle The Truth?

The sharp decline in quality across the guidebook industry in the last decade is hardly news.

Having just finished a guidebook assignment myself, I can unequivocally state that Kohnstamm is exactly right. The sharp decline in quality across the guidebook industry in the last decade is hardly news.

These days, the professional guidebook writer is a dying breed, and assignments go to eager, inexperienced writers willing to work for flat fees of a few thousand dollars per assignment, with no benefits or royalties.

Lonely Planet, Fodor’s, Rough Guide and all the other guidebook publishing houses aren’t going to disappear anytime soon, but the time gap between (often shoddy) research and actual publication, not to mention the years between updated editions, means that print guides will struggle to compete with interactive online travel guides that offer real-time information.

Here’s a dirty little secret: the guy writing a travel blog about his trip to Colombia is probably no less qualified to give travel advice than the guy who got paid to write a guidebook chapter on Colombia.

Plus, the first guy’s advice is published instantaneously and his contact information is no doubt readily available for readers who want to ask questions.

The Rise Of Online Travel Guides 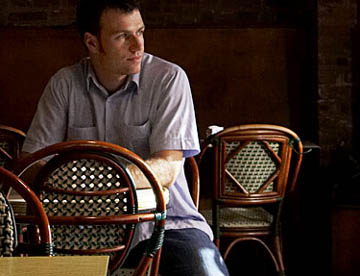 To me, the real story behind this scandal is the decline of traditional print guidebooks and the rise of interactive online alternatives.

The online reaction to Kohnstamm’s confessions shocked everyone involved, but the swift rush to uncover the truth is indicative of the powerful potential inherent in online travel communities.

Some guidebook writers are already on top of this trend. Robert Reid, a consummate professional and Lonely Planet veteran, recently passed up the opportunity to update Lonely Planet’s Vietnam book.

Instead, Reid went to Vietnam on his own dime and published his research online as soon as he finished his trip. Reid’s online Vietnam guide has everything one could possibly need to plan an itinerary.

In addition to guidebook-style listings for restaurants, sights and accommodation, there are forums, videos and a regularly updated blog. And it’s all available for free.

The Future Is Now

Reid is a prominent pioneer in the switch from print to online travel guides, but he’s hardly making the transition alone. Even Lonely Planet is rushing to get its content online, offering steep discounts on PDF chapter downloads and fostering the development of one of the most helpful travel forums on the web.

Other examples of upstart online guides that rival mainstream guidebooks for usefulness and practicality include ArgentinasTravel.com and TalesOfAsia.

Then there are the online travel communities, like IgoUgo, Trip Advisor and Matador, all of which depend on enthusiastic users to share their travel recommendations.

Who Can You Trust?

My Mom, bless her heart, isn’t quite sure about this whole online travel writing business.

“There’s so much junk on the Internet,” she says. “How do you know who you’re dealing with? When I travel, I want a source I can trust.”

Well Mom, I agree that making travel plans on the basis of a random stranger’s blog isn’t a smart idea. But in the best of these online travel communities, the bloggers aren’t random strangers. They’re people – fascinating and passionate – and by reading their profiles and blogs, it’s easy to get a sense of who they are and where they’re coming from.

If I was going to Colombia, I’d talk to Richard. He lives there. And I have an inkling that he knows the place a hell of a lot better than (former) Lonely Planet author Thomas Kohnstamm.

Do travel writer’s go to hell? Nah. They go online.

3 international day trips you can take from Dubrovnik to explore the Balkans
Spend one week touring Portugal, airfare from the US included, for just $999
This haunted 19th-century brothel is our favorite hotel in Albuquerque
9 of the best places to travel this August for festivals, beaches, and island escapes
9 Lisbon Airbnbs from penthouses with cathedral views to cottages in the historic center

This haunted 19th-century brothel is our favorite hotel in Albuquerque

Spend one week touring Portugal, airfare from the US included, for just $999