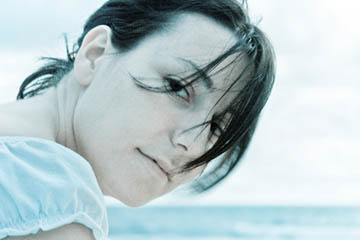 I recently came across a post by Julia Ross recounting who she believes are the six greatest women travelers in Asia. It made me contemplate the idea, what makes a great woman traveler?

According to Ross, these women “Defied social norms, often at great risk.”

This included taking treacherous trips up the Yangtze river, roaming Arabia’s desert on camelback, studying Buddhism in a cave in Sikkim, being the first European woman to enter Luristan in Western Iran, and completing a solo bicycle tour through Europe, Turkey, Iran, Pakistan, Afghanistan and India.

Much of these travel escapades occurred in the late 19th or early 20th century.

But does a woman have to scale-a-mountain-while-being-shot-at-by-a-government-spy-without-dropping-the-baby-she-is-breast-feeding in order to be considered a great woman traveler?

What about a woman in her 60s who leaves home for the first time, traveling to an unknown place alone? Or a devout Muslim woman who decides to travel without a chaperone?

Some could even argue an older woman visiting a developing country for a bit of action might make a great (at least impressive) woman traveler.

This certainly defies social norms, can be risky, and to some, may be thought as women taking control where it normally lies with men.

Any way you look at it, women are traveling in droves, alone, together, with family or friends. And they have quite a bit to say about it, if you take a look at sites like Journey Woman, Tango Diva, and Women Travel Blog.

What do you think makes a “great woman traveler”? Share your thoughts in the comments section.