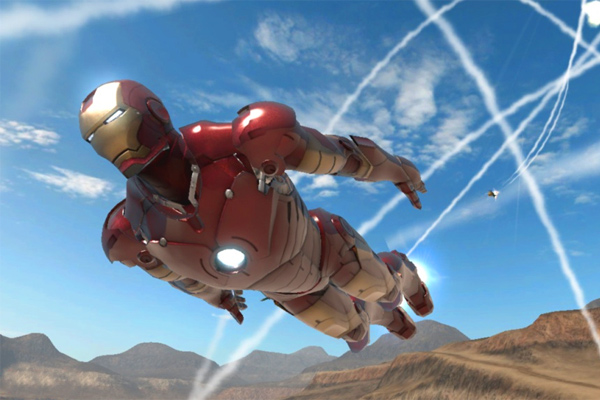 Here’s my dream itinerary for the first week with my awesome new flying suit.

I just saw Iron Man 2 and I have to admit it was pretty cool. The bad-ass effects were almost as entertaining as Mickey Rourke’s atrocious Russian accent, which calls to mind a brooding Yakov Smirnoff (…in Soviet Russia road forks you!)

After the movie, I got to thinking some deep thoughts: What would I do if I had an Iron Man suit? What would our world look like if everyone had one and flying suits were as common as cars?

Imagine if you could fly anywhere… soaring into the sky on a whim with no fear. How fundamentally different would our society be?

I can’t speak for you guys, but allow me to geek out and share my itinerary for my first week with the Tony Stark suit: 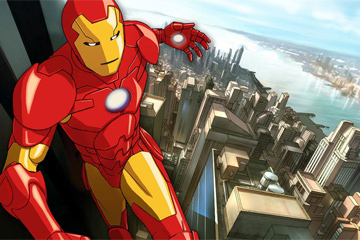 Days 1 & 2 – I’d probably spend the first couple of days just testing the new toy out… staying local in NYC at first, to play with how how fast I could go, how high I could fly, how the suit handles. I’d zip into the clouds to spot my building from 20,000 feet.

I’d also spend a few hours just hovering over Manhattan, gliding over the buildings, maybe stopping on the occasional rooftop. Once I had the hang of the turbo jets and the elevation controls, I’d start flying down the streets in between buildings — just like any self-respecting superhero wannabe.

Naturally, I’d have to stop in to show off the suit to friends and family. Speaking of which, think of all the new recreational sports the suit would launch: Iron Man softball, Iron Man volleyball, Iron Man mixed-martial arts (like Rock ’em Sock ’em robots). The possibilities are endless. 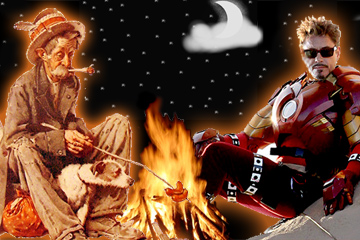 Day 3 – I might consider flexing my wings a little and start on my sightseeing tour. First flying West, I’d hit the Rocky Mountains and start working my way North into Canada. You don’t need a stinkin’ passport when you’re Iron Man. When its time for beddy-bye, I’d either find an empty logger’s cabin, or huddle up with a hobo for warmth.

Day 4 – Next, I’d explore Alaska a bit, and start moving back South along the coast toward California.

Day 5 – I’d shoot over the Pacific and look to spend a a few hours sunning in Bora Bora (I can’t spend every waking moment in the suit, you know.) 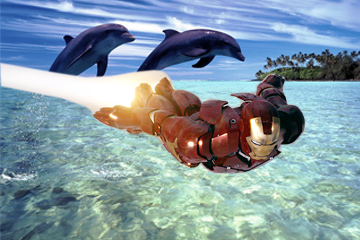 Day 6 – Now, I’m assuming that a suit of this caliber would take me underwater too, at least to snorkeling level (surely that’s not too much to ask of my fantasy super suit). So I’d spend time time swimming in the Pacific with the dolphins as I head to Australia’s Gold Coast.

Day 7 – If I couldn’t email directly from my suit (I’m guessing there will be an app for that), I’d go into a local internet cafe and formally email my resignation from any job I happened to have pre-suit and continue my journey. For money, I’d simply lay down a piece of cardboard on the sidewalk and begin breakdancing in my suit or bartend in the suit and make mad tips.

WEEK 2 – Asia (hopefully I wouldn’t get shot down by North Korea or China or Russia or Pakistan or Iran or… maybe I should just visit by land.)

WEEK 4 – Africa (can you still get malaria if you’re in the suit?)

So the first month would obviously be pretty nuts. Basically, every crazy flying dream I’ve ever had would become a reality. I’d likely end up exploring the planet as if I was watching the Discovery Channel.

But what if everybody had Iron Man suits? Would it still be cool if you had to deal with traffic and suit insurance and speed limits? Would everybody on the planet quit going to work and cause society to stop functioning?

What would your Iron Man itinerary be?