02:48 Jul 9, 2020
Top Countries
Top CitiesView All Destinations
Trending Countries
Trending Cities
Load More
Budget travel is a popular means of making one’s way leisurely around the world even when economic times aren’t as tough as they are now. But when does budget travel cross the line into exploitation? 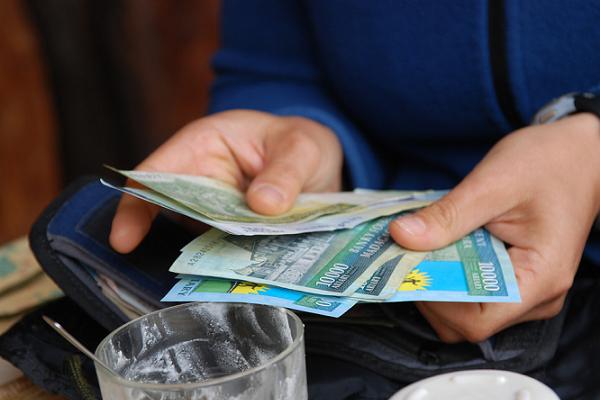 AT A HOSTEL A FEW hundred kilometers inland from the famous city of Salvador, Brazil, the owner asks me to translate. Fluency in many languages is a boon and a bane. On this occasion it is the latter, for I am translating for two budget travelers, so frugal that I would not hesitate to call them cheapskates.

After first traveling and now living in South America, I’ve begun to wonder why some travelers are obsessively cheap. I admire anyone who seeks to travel independently, but question those who turn thriftiness into a sport.

Is extreme frugality ethical? Is it even worth the trouble? Here are some of the scenarios I have encountered that led me to question the thrifty intentions of some travelers. 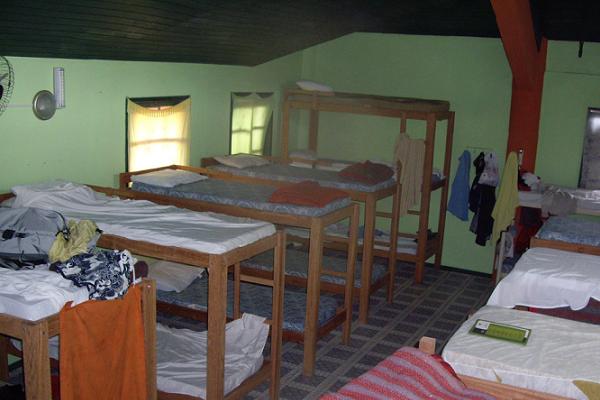 A foreign couple stayed in a room costing R$40 per night (at that time, approximately $20 USD). When checking out, they offered to pay R$30 instead. The room did not live up to their expectations and, in their opinion, was worth R$10 less. They had stayed two nights, so their intention was to save R$20 ($10 USD).

Their savings would have amounted to a measly five dollars per person.

The travelers lost the argument and almost missed their bus out of town. They left cursing at the owner, as if a great fortune (and, perhaps most importantly, a sense of victory) had escaped their grasp.

Still, it’s hard for me to imagine that those five dollars would have had a catastrophic effect on their long-term finances. On the other hand, multiply that amount times many travelers, and the effect on the local economy is huge.

Sadly, this was not the only time I encountered the scenario. It repeated itself in other cities, in and out of Brazil, suggesting that the phenomenon is not uncommon. And that fact makes the traveler’s handful of saved dollars gain considerable importance in local economies.

Budget travelers struggle with Carnival in Brazil. Travel during the biggest party in the world, logic dictates, is more expensive than normal, but many foreign travelers are surprised by this fact. 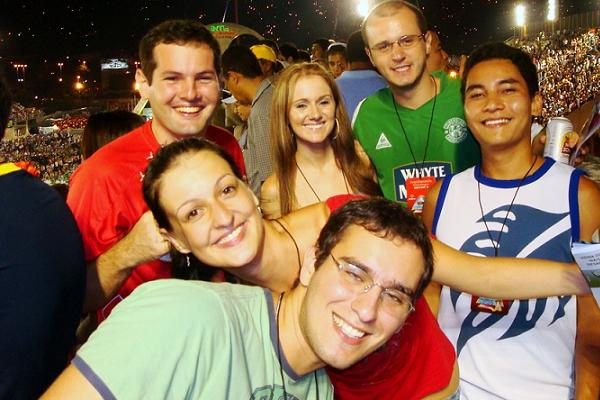 They want to visit Rio de Janeiro or Salvador, and are astonished at the price hike in airfare and lodging, destroying their South American budget travel fantasy.

If the budget is so tight, travel in low season, or spend Carnival in a small town, away from state capitals and the most famous parties. Remember, Carnival is celebrated everywhere in Brazil. If someone chooses to attend some of the biggest parties in the world, such as those in Rio and Salvador, they should expect to spend a couple of extra dollars.

Work to extend your holiday? 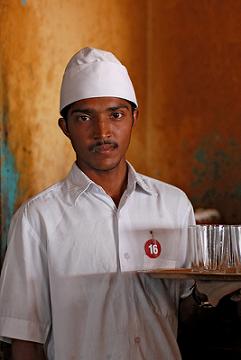 Budget travelers who wish to find service industry work in order to support their extended vacations, such as waitressing or working in a hostel, are often unaware of how that decision affects local economies.

The first consideration is that work permits are usually easier to get if you have a formal education and skill set in a high-demand area. People who don’t have these skills seek countries that are relaxed in the enforcement of their work visa laws, and thus become havens for foreigners.

But you could find yourself being deported from certain other countries, like Brazil, if you lack the proper authorizations and get caught. Some people will idealistically argue that breaking work visa laws hurts no one…but there is one reality you’ll quickly encounter: jobs are scarce everywhere.

In Buenos Aires, foreigners looking for work are as easy to find as qualified Argentines living on the streets. Is it fair to compete with the locals in a country with high levels of unemployment and where the minimum wage is about a tenth of the cost of your airfare?

Budget travelers are not destitute migrants looking to support their families or going abroad because they’re unable to find work in their home country. They are seeking to extend their holiday. Competing with lowly paid service workers definitely hurts someone.

All cheapskate travelers attempt to justify their stingy ways, and one practice I especially tend to question is that of hitchhiking. While trying to hitchhike in a country where you don’t speak the local language could be considered an adventure, it’s rather silly.

I’ve heard the argument repeated like a mantra: “I want to meet the locals.” Every traveler seeks some form of contact with “the locals,” but how do you expect to establish a significant connection with “the locals” if you can’t communicate with them?

This is not a reason to hitchhike, but an excuse to justify being a cheapskate.

Hitchhiking in a developing country raises another interesting dilemma. In some countries, the person providing the car ride might earn, in a year, what the traveler earns in a month back home. Is that fair? How about at least giving the driver some money for gas? 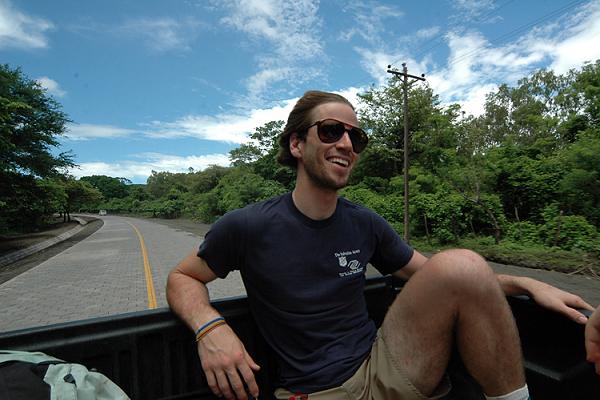 Would it be more responsible to catch a bus and contribute to the local economy? While traveling in South America, I have met interesting and kind locals who, by sheer luck, were sitting next to me on the bus. Meeting people is more about attitude and personality than the means of transportation.

Frugality as a lifetime commitment

Why save five dollars in a hostel in Brazil only to spend four times that on a DVD you don’t really need back at home? Why hitchhike in a developing country while making payments on an expensive new car? Why seek cheap meals on the road while eating and drinking at fancy restaurants and bars back home?

Thoreau put it best: “Most of the luxuries, and many of the so-called comforts of life, are not only not indispensable, but positive hindrances to the elevation of mankind.”

Life is the biggest trip of all, and that’s why I’m a budget traveler at all times, not just while on the road. Being frugal at home means I can avoid being cheap while traveling.

Have you encountered cheapskate behavior on the road? What are YOUR thoughts on these and other practices?