14:22 Mar 7, 2018
Top Countries
Top CitiesView All Destinations
Trending Countries
Trending Cities
Load More
The inspiration to travel can come from even the simplest of places or people. 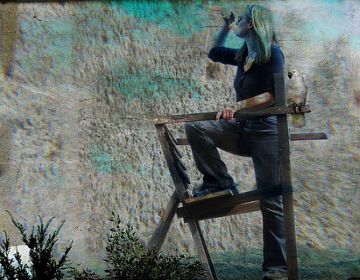 Recently, Julia Ross over at the fabulous World Hum followed up a previous piece on great woman travelers in Asia with her top 10 inspirational woman travelers.

Her list included some well-known names, such as Melinda Gates, who has done amazing work with the Bill and Melinda Gates Foundation around global health and poverty.

The list also included the beloved Julia Child, whom Ross notes “satisfied a thirst for adventure by signing on as one of the first female spies in the OSS (forerunner to the CIA), which posted her to Sri Lanka and China during World War II,” previous to her work as an internationally known chef.

Also listed were a few lesser known women-with-will: Martha Gellhorn, a US war correspondent who saw the Spanish Civil War, the US invasion of Panama, Normandy, and the Vietnam war (now that’s impressive).

But my favorite of the 10 has to be Jo Rawlins Gilbert. This 79-year-old woman was part of the first group of tourists to visit post-war Iraq, recently camped in Mali, and dug among ruins in Jordan. Since she’s already been to Afghanistan, Syria, and Yemen, Kashmir and North Korea are next on her list.

I thought about my own travel history, and what, or who, inspired me to go down the travel wormhole-of-no-return.

Ross’ article made me think about my own travel history, and what, or who, inspired me to go down the travel wormhole-of-no-return.

I finally realized that although my mother, who barely made her way to the US in 1972 as she spoke no English and missed her connecting flight at Heathrow, inspired me to tackle seemingly scary situations, it was actually one of my college roommates who got me to sign up for a semester abroad junior year.

This was a roommate who had not previously left the confines of North Carolina, except maybe to go to Myrtle Beach. She had grown up in a suburb of Charlotte, stayed close to her family, and planned to work with the family business once she graduated.

She didn’t even like going to parties unless she was going to know at least half the people there, and her idea of exotic food was cajun-flavored hush puppies.

I’m not sure what prompted her to even look at studying in Florence for four months – I’m absolutely positive the idea scared the bejesus out of her. 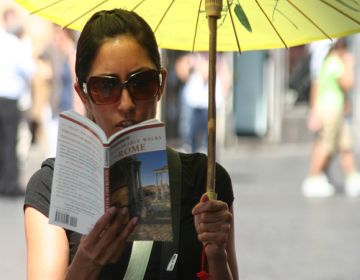 But somehow, she overcame whatever fear was brewing deep inside and booked that flight, enrolled in those classes, and tipped that glass of Chianti down her throat in celebration.

I had flown to Germany several times as a child, spent time in Juarez, Mexico with friends that I went to school with in El Paso, TX, and covered almost all 50 states during my family’s summer trips by air-conditionless car.

I was still completely frightened to set up shop for a few months in a country where despite two semesters of Italian, I barely knew a word of the language. But since that roommate took the plunge, and came back a happier, more evolved person, I decided I could do it too.

So for me, the most inspirational woman traveler is my sophomore year roommate, who knew when it was time to push her own boundaries in order to experience a bit more of life.

Do you have someone who inspired you to travel? Share your story below.

Check out the response to Ross’ earlier piece, What Makes A Great Woman Traveler?, and how our travels can inspire humanity in Divine Inspiration: How Travel Teaches Us To Appreciate Humanity.