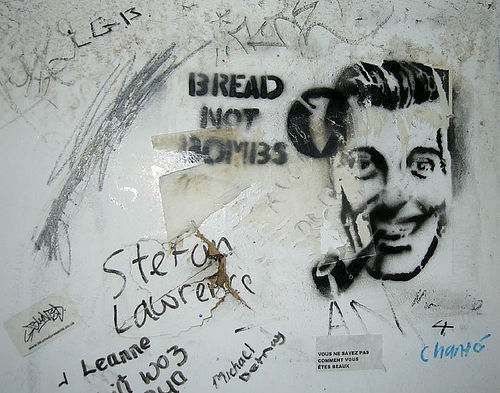 Multinational corporations like Burger King are oftentimes the face of America and the ambassadors of its culture. How can we, as independent travelers, defuse this trend, especially when–as this latest ad campaign shows–it’s more desperate every year?

The ad wizards at Crispin Porter + Bogusky have crafted “Whopper Virgins,” a campaign so absurd that it’s difficult to take as anything but a farce.

In one smooth motion Burger King has called to mind the spectre of imperialism, demeaned entire ethnic groups, and reminded the rest of the world that, even though we elected Barack Obama, there are still plenty of reasons to hate–or at least laugh at– America.

The agency realized that Americans are so saturated with advertising that it’s impossible to get an unbiased opinion of fast food from them.

The only way to get an “entirely pure taste test,” they reasoned, is to ask people with no exposure to the Big Mac or Whopper which they prefer.

The people they chose were Hmong minorities in Thailand, the Inuit of Greenland, and rural Romanians.

The documentary opens with an awkward justification of the hamburger’s importance, the epic swell of a string orchestra and, most importantly, people in wacky clothing failing to eat a big pile of hamburger. 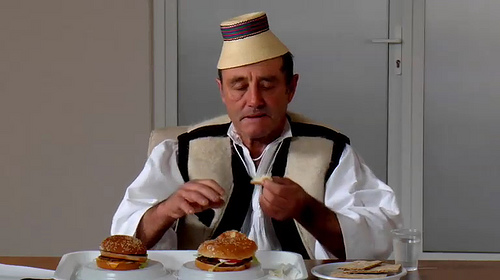 The first part is a straight up taste test, with participants flown in from their homes to taste the freshest McDonald’s and Burger King food possible. Most prefer the Whopper. Then, it’s on to the villages themselves. The crew brings along an authentic Burger King broiler, grills some burgers and films the natives enjoying them.

Burger King probably didn’t do much actual harm to these communities by feeding them crappy American food – in fact, they actually donated educational supplies and funded a church restoration. The issue is how this documentary is presented to its final audience – the English-speaking world and Americans in particular.

The team’s discussion about their subjects is littered with liberal clichés and fake cross-cultural tolerance. The participants are “very difficult people to find” who are “really off the grid,” people who “don’t have television, who don’t have access to, you know, restaurants and what not.”

They’re given taste tests while wearing traditional clothes — which, you may notice later, few are actually wearing in their hometowns. Throughout its eight minutes, the documentary drives home the point that they don’t even know how to eat a burger.

They are “Whopper Virgins,” to be deflowered for our amusement and Burger King’s bottom line.

Americans already have a skewed image of poverty, foreign cultures and the rest of the world, and Burger King’s orientalist nonsense isn’t helping. They’re playing to poisonous sentiments and making money off of reinforcing them, taking on a new White Man’s Burden and playing missionary for American culture to impress the clients back home.

It’s exoticism on par with Ota Benga, and something modern anthropologists, travelers and journalists have been trying to kill for decades.

For better or worse, companies like Burger King are the face of America and the ambassadors of its culture. They wield an extraordinary amount of influence over the perceptions of Americans in places like rural Thailand, Greenland and Romania, but also in the rest of the industrialized world. 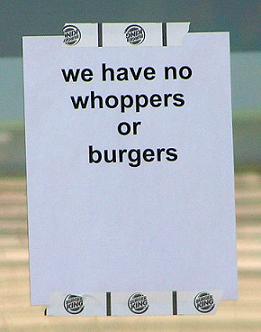 Their power has gone far beyond the average corner restaurant, and as we all know from Spider Man, with great power comes great responsibility. The world is getting smaller and smaller, and in the coming decades we’re all going to be exposed to people who think nothing like us.

Burger King and its ilk will be the ultimate arbiters of intercultural exchange, foisting American culture on the world and the world’s culture on us. It should be their duty to make sure it’s done in a way that is graceful, respectful and productive – this ad campaign was none of those and is an egregious failure to live up to that duty.

I know that by writing about this I’m giving Burger King more publicity. I know that’s exactly why they made it. But if things like Matt Harding’s dancing videos and Vice Travel (both of which I’m a big fan of) are any indication, documentaries like this are the tip of the iceberg.

In an increasingly globalized world, it’s important to open a dialogue about the way the exotic is presented to those that don’t have the will or means to see it for themselves.

Perhaps I’m not the right person to talk about this, though.

Seng Vang, a Hmong man from Minnesota, wrote a letter to the ad agency responsible and he’s not happy about the way they’ve handled things. Burger King responded with a typically sanitized corporate letter, stating its commitment to authenticity, respect and good taste.

Short of armed revolution, not much is going to stop Burger King from advertising how it wishes. That doesn’t mean we should all give up though; there’s plenty to be done. Letters are an old standby, and you can write them to both the ad agency and Burger King itself.

Tell your friends how you feel about it – part of the reason this ad is so bad is that most people accept it without thinking (it’s not their fault, though!).

And, of course, don’t eat at Burger King.

Matador doesn’t shy away from calling companies to task for advertising or business practices of the Burger King Whopper Virgins ilk. We’ve taken on Exxon and Ecko, and we’ve also written extensively about how more informed consumer practices can influence companies to be more responsible.

What’s your opinion of the Whopper Virgins ad campaign? Share your thoughts below.