10:41 Feb 11, 2020
Top Countries
Top CitiesView All Destinations
Trending Countries
Trending Cities
Load More
Some places off the tourist radar, such as those in outer Mongolia, exist in their obscurity for a reason. 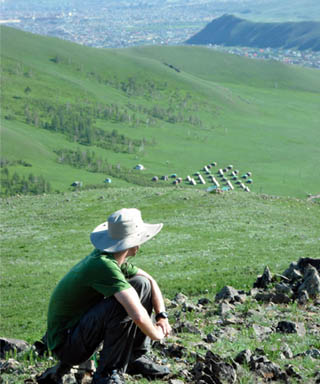 To explore beyond the well trodden path is the independent traveler’s ideal. It’s what separates the tourist from the traveler, the superficial happy snapper from the serious journey of discovery and all that.

But is getting â€˜off the beaten track’ really the best thing to do?

I began to question this assumption after a recent trip to Mongolia. My experience left me with the feeling that sometimes, in certain countries, it’s best to stick to the well worn tourist paths.

My partner and I had a few days spare, and wanted to get out of the capital, Ulan Bataar. We had a few popular destinations in mind, but were unable to get flight tickets.

We returned to the map, and noticed the train tracks. There wasn’t any information about the two main cities on the track, but we figured this would add to the adventure.

All we knew for sure was that there was a monastery located near Darkhan. We’d be intrepid, potentially trail glazing, take a train up to the border, and see if we could get out to the monastery somehow.

Later that day we found ourselves sitting in the train as it gradually filled up.

The first challenge was to get a train compartment that didn’t contain any creepy drunk men.

The first challenge was to get a train compartment that didn’t contain any creepy drunk men. Traveling as two girls, this is one of the biggest fears.

We felt relieved when we were joined by our cabin companion – an elderly Russian lady. She sat down, showed us a warm smile, and said a few words before she realized we spoke no Russian.

She lay down for a nap, and we also began reclining, feeling relaxed about the coming overnight trip to our mystery location.

Then our final companion arrived. First he stood at the doorway staring at us and muttering in broken slurred English. Then he entered the cabin and spent the rest of the night rotating between staring at us, asking us random questions, and yelling at people.

In this situation, The Lonely Planet guide suggests it’s best to ask the train staff to be moved to a different carriage. But what about the situation where the troublesome drunk males are in fact employees of the train?

Needless to say, we didn’t get much sleep.

The next morning, we emerged in Darkhan. It was blisteringly hot, and we were hungry. My partner was a vegan, who for the necessity of eating anything at all, had compromised down to a very strict vegetarian. 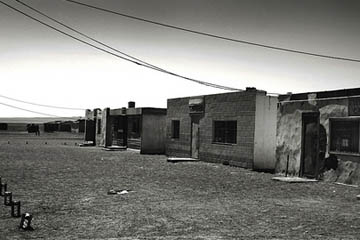 Finding vegetarian food in the capital of Mongolia is hard enough. Outside, it’s virtually impossible. The combination of this and language barrier can lead to temporary starvation.

On our walk around the empty streets we bumped into a tourism student, who was eager to practiced his English with us. With nothing better to do, we obliged, and asked him to point us in the direction of anywhere we could hire a jeep to see the monastery.

He responded by saying “Actually, there is no tourism in Durkhan.”

Not only was there no tourism in Darkhan, there was also nothing vaguely interesting. We decided to head back to the train station and get the next train out.

By this stage we felt defeated enough, and looking forward to getting back to Ulan Bataar. It was on the walk back to the train station that the dust storm hit.

I’ve never had such a strange sensation, or dust gradually covering my body, and finding its way deep into my ears, possibly never coming out. Unable to open our eyes, we wandered awkwardly around the streets, directed by the yelling voices of passing locals who apparently had better methods of dealing with the dust storm.

We desperately took shelter under some trees, before finally making it back to the station, where people stared as we emptied the dust from our shoes.

We had a four hour wait. I bought what looked like a delicious pastry. I took a bite, to reveal some kind of mutton sausage.

Some stray dog were fighting. Some drunk men were fighting even louder. Finally the train rolled up and we happily jumped on, vowing never to speak of the excursion again.

Apart from confirming my dislike of mutton, there are at least two things I learnt from this misadventure.

Firstly, some places that are off the tourist radar exist in their obscurity for a reason. While I’ve had lucky experiences of finding gems through taking risks, other times it’s obvious why no guide book ever mentioned the town you decided to explore.

Secondly, being the only foreigners in town can sometimes be a stimulating experience. It can also increase vulnerability, compromise safety and just be plain awkward.

In these foreign lands, where “off the beaten path” is quite literal, it may be better to swallow your backpackers pride, and stick to more frequented destinations.

It may not be your usual style, but you may end up having a better time.

Have you had unique experiences off the beaten path? Share your stories in the comments!