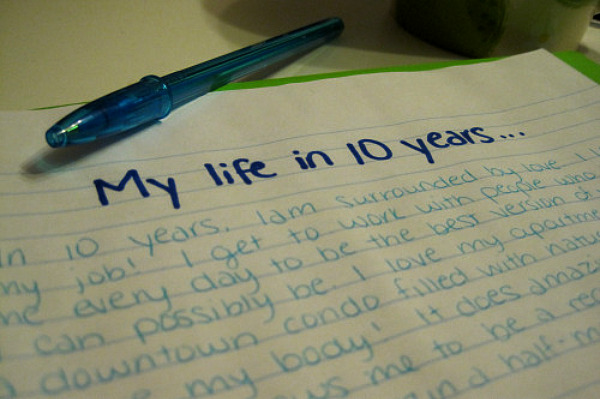 Daniel Harbecke explores why the only thing worse than being a slacker is having direction.

As Montaigne said, “The journey, not the arrival, matters.”

Did you know that you can pen some really spectacular blasphemy, as long as you quote someone historical and pithy? It’s true, and I’ll prove it! Here’s the blasphemy: GOALS WILL RUIN YOUR LIFE.

If you’re of a sensitive nature and don’t want the toes of your shoes to curl up, you should stop reading now. Of course, the seed’s already planted and you’re going to Hell anyway, so you may as well stay with it.

Think back to that lovely summer day during your youth, when your mom and dad sat with you at the kitchen table. “Son/Daughter,” said Dad, oozing buckets of pride and expectation all over, “it’s time you thought about setting some goals in life.”

“You were such a good baby,” said Mom, with so much admiration it could butter toast. “Now you’re old enough to choose your own goals.” What they really mean is that YOUR FREEDOM IS OVER. SUBMIT TO GOALS.

What they really mean is that YOUR FREEDOM IS OVER. SUBMIT TO GOALS.

Don’t believe it? Ask Aristotle: “All that we do is done with an eye to something else.”

How about your Graduation Day, and the inspiring commencement speech given by no less than TV funnyman Bill Cosby? He said, “The only way to get the things you want is to set goals – aim for the stars.” His gentle words touched your heart with their LIES, LIES, LIES. SURRENDER YOUR FREEDOM. OBEY BILL COSBY. COMPLY WITH GOALS.

So far, it’s Mom, Dad and Cosby versus Aristotle, Emerson and me. That’s just enough confusion to carry my point along: GOALS WILL DESTROY YOU. 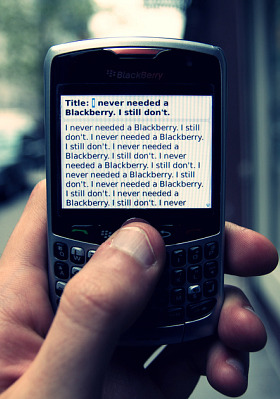 Ever since you were a kid, the “goals = good” mantra has been soundly beaten into you, the virtue of “realistic goals” jammed down your throat.

And who can argue with results? Goals are the difference between success stories and failure fables:

Dusty had goals in life, but Buddy… did not. Today, Dusty has a thriving business, a perfect family and the envy of his peers. Buddy, however, holds down a couch instead of a job, watching American Idol on TiVo and plowing through bag after bag of Lay’s Sour Cream and Chives.

Dig deeper into the stories of Dusty and Buddy, and you’ll find there’s no evidence of happiness in either situation. But we automatically assume Dusty is a success, since achievement is measured in quantity rather than quality.

If goals are so bad for you, how are we supposed to get anything done?

But some theorists thought reducing humanity to a bunch of aggressive sex robots was a tad simplistic. Jung, Adler and others saw behavior as teleological, or based in terms of a final purpose or aim. This perspective means we can choose among interests and go after what we want, rather than being pre-programmed by animal drives.

When we’re stuck in the past or future, we fail to see things from “outside” the program.

So that’s the big menu: instead of being pushed by deficits (which we don’t choose), we can be pulled by goals (which we do). It’s a bit more cheerful, but it isn’t entirely liberating, either.

The problem is we tend to get locked in either perspective. When we’re stuck in the past or future, we fail to see things from “outside” the program. Not only that, we fail to see what’s happening around us right now.

Both Sides of the Spectrum

Dusty and Buddy represent both sides of the spectrum. Buddy is a slacker, who lives from satisfying one basic itch (which I mean both literally and figuratively) to another. 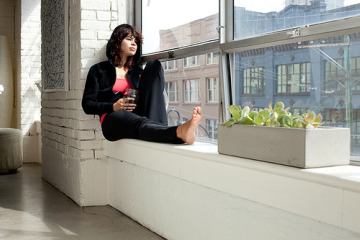 How, though, is Dusty any real improvement? Does he spend much time outside the office, away from his schedule of “achieving”? Is the time he spends at home authentic, or is keeping the appearance of a “perfect” family just an item on his to-do list?

How many people do we know are stuck in their own little program?

• Deficit-based thinkers are pushed from behind with no one at the wheel, careening from one moment to the next. (“I suffered some trauma in my past, and have turned my life over to being haunted by it.”)

• Goal-based thinkers are dragged along by an artificial duty or mission, missing the meaningful events of the here-and-now. (“The only way it is possible to be truly happy is if and only if my goals are achieved.”)

Life Outside the Cult of Goals

“Not every end is a goal. The end of a melody is not its goal; but nonetheless, if the melody had not reached its end it would not have reached its goal either.” – Friedrich Nietzsche

There is an alternative to deficit-based and goal-based living – one not focused on some dark history or a rosy destination. It’s called CBL: curiosity-based living.

It’s difficult to sustain curiosity without doing something about it immediately. Curiosity lives in the present moment, satisfied with the goings-on of the world as seen today. It strings our past interests together to reveal a direction to future potential. It’s an inner voice that speaks to us now, not a droning script from a contrived past or future. Curiosity is about focusing our attention on a fresh, inestimable present.

To be completely honest, there’s really nothing wrong with goals. We need them, just as we need our past, to grow into fuller and richer people. But we also need to be aware of our lives as they exist in this Moment – to see them not from a perspective of regret or worry, but from fascination and vitality.

Breaking free from this programming is a kind of blasphemy I hope everyone can appreciate. If not – well, there’s always tomorrow.

Do you think focusing on goals keeps you from living in the moment? Share your thoughts below.