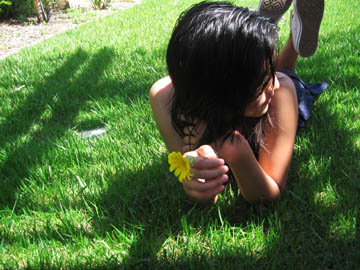 It’s been 4 years since I graduated from college.

My immigrant family had envisioned that I would now have an established career, a house and plan on settling down within the next few years.

Instead, I have spent my post-college years pursuing international travel, funded by short-term employment, while maintaining residence at chez les parents.

It’s hardly the life that I, much less my family, envisioned when I left home for college.

My parents, both UC Berkeley graduates in engineering who grew up in Hong Kong, had high hopes for me, their firstborn child, to follow in their footsteps.

In fact, it was assumed that I could accomplish much more because I grew up in middle-class America, as opposed to the tenements of Kowloon City, Hong Kong.

But while most of my relatives have made comfortable lives for themselves and their families despite their humble beginnings, I have yet to settle into a full-time job and have no concrete plans for the future – aside from more traveling.

I remember staring at the world map in our hallway, wondering if I would ever journey to those distant lands.

I was groomed to be a global citizen from the time I was a child. I began to develop a keen ear for languages at family gatherings, where I was exposed to Cantonese, various regional Cantonese dialects, Mandarin and English.

My parents enrolled me in Chinese classes, though reading and writing the language was a challenge I never mastered. I also picked up Spanish on Sesame Street and in school.

I remember staring at the world map in our hallway, wondering if I would ever journey to those distant lands.

I heard about the exotic travels of friends and relatives, but was told that I could not pursue such adventures unless I had a well-paying job.

I was always aware that my parents’ childhood in Kowloon City, Hong Kong’s equivalent of Brooklyn, was one without the opportunities that my sister and I had. For them, a ferry ride across the harbor to Hong Kong Island was a big deal.

Even my older cousins consider foreign travel to be extravagant, something they could not have fathomed during their childhoods or as young adults. It wasn’t until after they finished college and worked for many years that they began to dream of exotic journeys.

I documented my grand plans for international travel in a Spanish essay in high school. 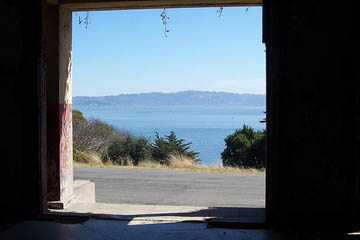 It was wishful thinking at the time, but I knew that I wanted to fulfill those plans sooner rather than later. Other people may have been content staying at home and not traveling until they were in their 40s, but I could not fathom such a long wait.

For college, I wound up at Eleanor Roosevelt College of UC San Diego, which emphasized international awareness and strongly encouraged its students to study abroad. In the summer after my third year, I participated in an internship program in London.

Even before I returned to San Diego for my final year of college, all I could think about was going abroad again. What I valued most while in Europe was the close proximity to other countries, each with their own distinct languages, cultures and customs.

Growing up in the United States, I could travel across the continent without encountering vast differences as I would have in Europe or Asia.

It became increasingly apparent that the world was a fascinating place, and I wanted to acquaint myself with the myriad of cultures inhabiting the earth.

The Value of Travel

Travel teaches me many things I will never learn in a classroom. I am forced to tackle challenges such as adjusting to new languages and customs, orienting myself to new cities and transportation systems, and appreciating different cuisines.

Travel teaches me many things I will never learn in a classroom. I am happiest while traveling.

I have also learned to make sense of the historical, political, and cultural complexities other countries. I do not want to possess an outdated or ignorant perspective on the world like many of my countrymen, and travel is the best way to prevent that from happening.

Though it sounds boastful, such experiences are an accomplishment unmatched by previous generations of my family.

Yes, I’ve been given lectures about how I need to get serious and forget about traveling. I should get a real job that pays well and provides benefits, they say, and think more about the future.

But the bottom line is that I am happiest while traveling, and my dream job is to be a travel writer, just as the dream job of many of my relatives was to become engineers.

Like many members of my generation, I am putting off the commitment to a regular job and taking the time to find my passion and enjoy life before I have to settle down.

I have also encountered individuals who are unhappy with their jobs and envy the freedom I have to escape a monotonous day-to-day routine and travel the world for extended periods of time.

My coworkers encourage my pursuits, knowing that there is much to be gained from these experiences. My parents, who initially found it difficult to accept my choice, now support me because I am doing what makes me happy.

In the end, life is about the choices we make.

Some people dream of owning a luxury car or the latest electronic gadgets. Others would rather save for a house and family.

I am choosing to take the time to learn about the many cultures and peoples inhabiting the earth, and am happy to put the rest of my life on hold to do so.

Have you also shunned the career in favour of travel? Share your experiences in the comments!