14:06 Apr 22, 2020
Top Countries
Top CitiesView All Destinations
Trending Countries
Trending Cities
Load More
What do the undead and the unfamiliar have in common? Why befriending a walking cadaver can make the world a nicer place. 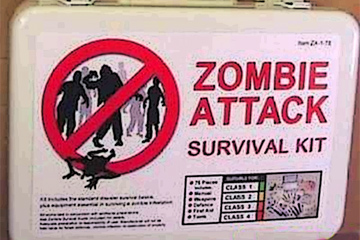 Spring had come early to the valley, the dewy sweetness of fresh grass on the air and a gentle sun above. My wife and I rested against the trunk of a brawny oak, and I traced her cheek with a dandelion. “What are you thinking of, honey?” I asked wistfully.

She smiled lightly. “I’m thinking of you and me, watching our children play in the yard on a day like today. We’ve built a good life for them, and they’re growing up happy and healthy. And I know our future together is a warm and beautiful place, and I have this feeling of peace and fulfillment. I’m thinking of us.” She hugged me close. “What are you thinking of?”

I gazed at the distant mountains and sighed peacefully. “Zombies.”

Why We Can’t Get Enough Of The Walking Dead

It’s hard to avoid zombies these days. Hollywood has made shooting the undead more glamorous than ever. Books and music teem with grisly tales, and fresh video games are churned out faster than you can say “headshot.” Even TV, long considered immune to sensationalism (sorry, Mr. Minow), is getting into the act. But what’s the source of zombie appeal, their je ne sais quoi?

“The human race has one really effective weapon against zombies, and that is laughter.” – Mark Twain. 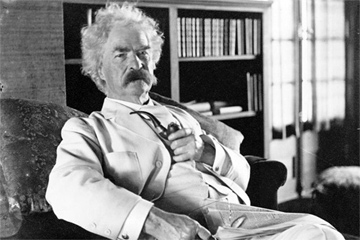 What’s not to like about stinking, rotten corpses? They’re mindless, self-centered, shabbily dressed, incredibly impolite and surprisingly ineloquent – everything you’d find in a beloved pop culture figure, except zombies at least have a goal in life (brains). While that may sound like a sneering potshot, it’s actually not far from the point.

The same thing that makes zombies so charming is what many consider a turn-off: they want to kill and eat us. They’re monsters. It could be argued it doesn’t matter that they’re zombies – they could be vampires or aliens or pissed-off ground squirrels. But it does matter.

To be truly scary, a monster must be considered a plausible threat. Credit goes to an author, filmmaker or game designer who can create ideas we believe are real enough to hurt us. You have a long way to go to make a ground squirrel menacing (though the talent exists), but not so far to make other people look dangerous.

What The Hell Does This Have To Do With Travel?

If you don’t abstract well, not a thing. But if you can draw a parallel between unsympathetic monsters and a new social environment, the mystery should pass.

Imagine waking up in a strange room. When you go outside, people stare at you or ignore you entirely. Because you don’t speak the language, they’re dead to your needs. You feel out of place. Alone. Annoyed. Resentful. You cease to see them as people, but as a mass of unfeeling creatures who run counter to your interests. That unresponsive person, whom you’re trying to pry directions from, may as well be a rock. But rocks are at least predictable – this is a thing. And when you’re surrounded by things, you don’t feel safe until you can hole up in your room and lock the world out, waiting for the long night to pass.

“Nothing in life, not even a zombie, is to be feared. It is only to be understood.” – Marie Curie.

The plausibility of zombies is they reflect how alone we are – how, in the growing billions of variety and difference, we are only one. Our voice is progressively insignificant, and if you cease to exist meaningfully, being eaten is just a formality. We’re defenseless against the tide, doomed to be swallowed up in the crowd.

Should We Stock Up On Shotgun Shells?

Don’t get your hopes up. Some believe a zombie’s real value is that they’re disposable people. Not unlike Roadrunner cartoons, you can destroy zombies endless ways and still find it funny. And no one’s going to miss another zombie, so we needn’t feel bad about running them down with a combine.

But the reason we find others’ pain amusing is because we don’t empathize with them. When we cease to care about another’s feelings, do we not become less human ourselves? Zombies are easy targets for both humor and flamethrowers – anyone can dehumanize the inhuman. But the joke gets old, and one day you realize you’re fighting your own fear. True courage is confronting what you don’t understand.

“Am I not destroying zombies when I make friends of them?” – Abraham Lincoln. 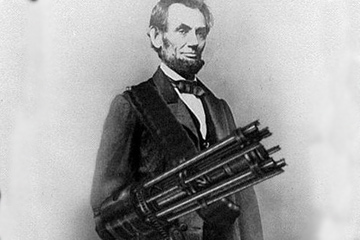 What makes a zombie “dead” is our inability to relate to it. Once we get past the bad hygiene and quirky diet, a zombie becomes one of the guys. The first step is to realize that fear is a monster of our own creation. While zombies may be fearsome, the terror doesn’t come from the zombie itself, but from our own vulnerability of isolation and powerlessness.

The next step is to stop seeing the monster as monstrous. In every relationship, there are two questions: What do you need? and What can I give you? From the ways we ask and answer them, we establish relationship and meaningful connection. Deep down, we want to make peace with what frightens us.

Finally, we must remove the isolation through communication. We can’t change the unknown, but we can change how we view it. It may require patience – perhaps a bit of running at first – but befriending a walking cadaver makes the world a nicer place to live in. After all, if you can relate to a zombie, it makes relating to most everyone else a piece of cake.

“That which does not eat me makes me stronger.” – Friedrich Nietzsche.