STREET ARTISTS, MORE THAN ANY OTHER type of artists, have to be aware of the environment where their art is made. Most of them use physical features of the walls or surfaces they’re painting on to accentuate or complement their work, and they often must select their canvas carefully. This and the fact that most street artists operate outside the law means that they are well-placed to be some of our culture’s most effective environmental-activist artists. Here are some of the best examples of environmentalist street art.

Blu is the pseudonym of an anonymous Italian street artist based out of Bologna. He has traveled all over Europe and the world, and his work often has an environmentalist/anti-capitalist theme. This one is in Belgrade. 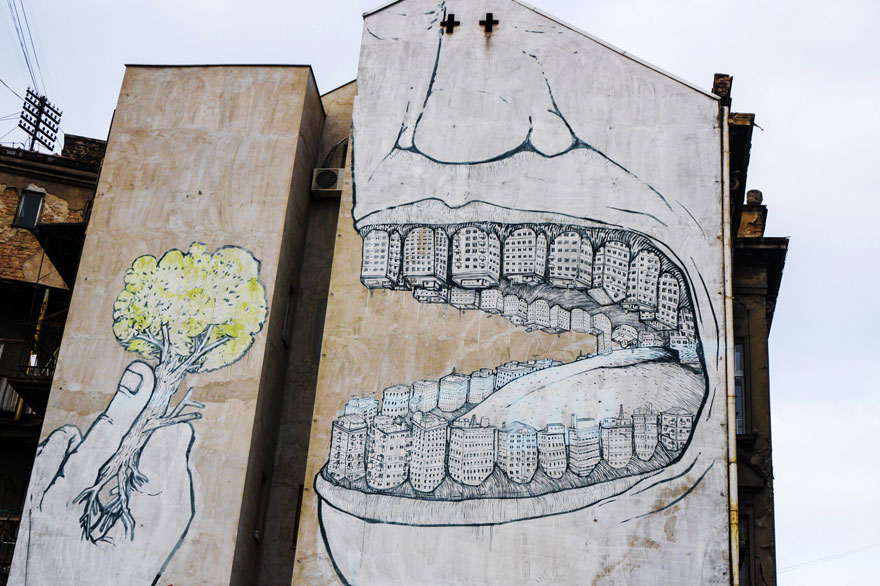 This piece is a collaboration between Blu and Brazilian identical twin street artists, Os Gemeos. The first is Blu’s contribution, the second is Os Gemeos’. It doesn’t show here, but it makes up a single, panoramic image as you walk around this Lisbon building. 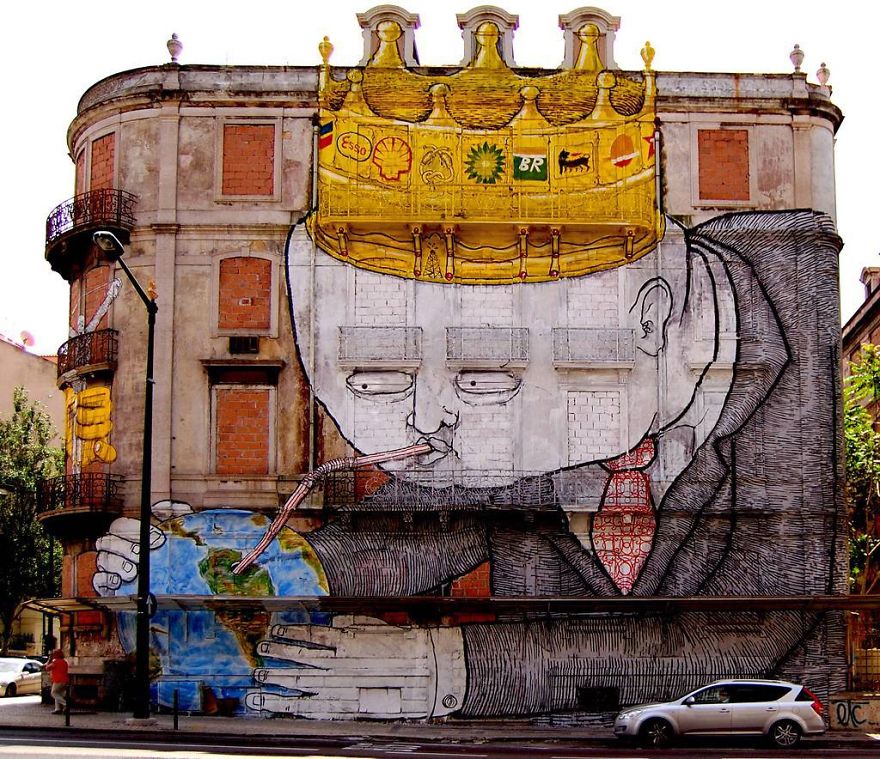 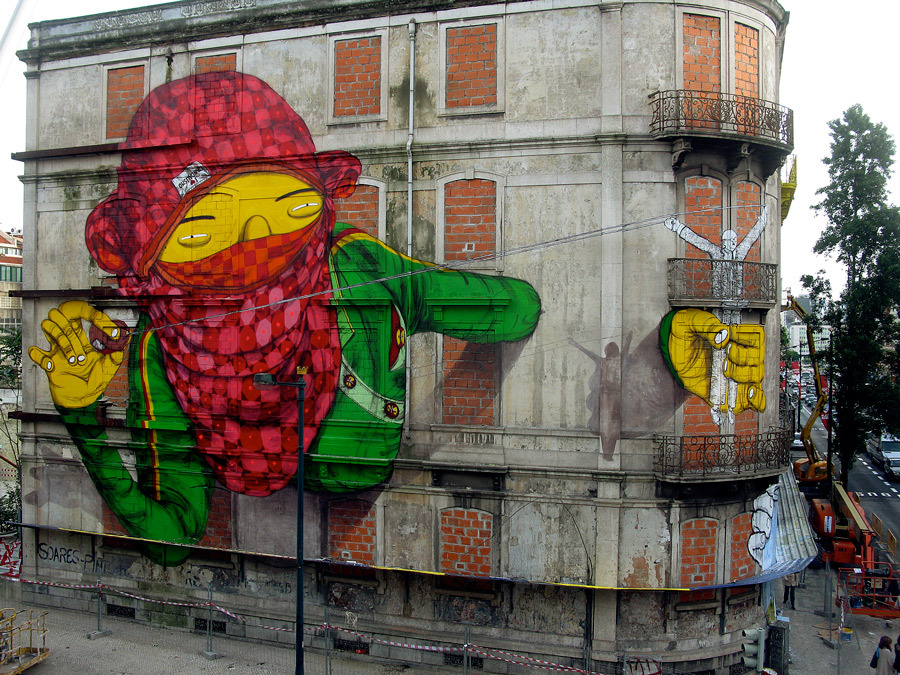 The anonymous British street artist Banksy is easily the world’s most famous street artist, and he (she?) has been known to cover environmental issues. 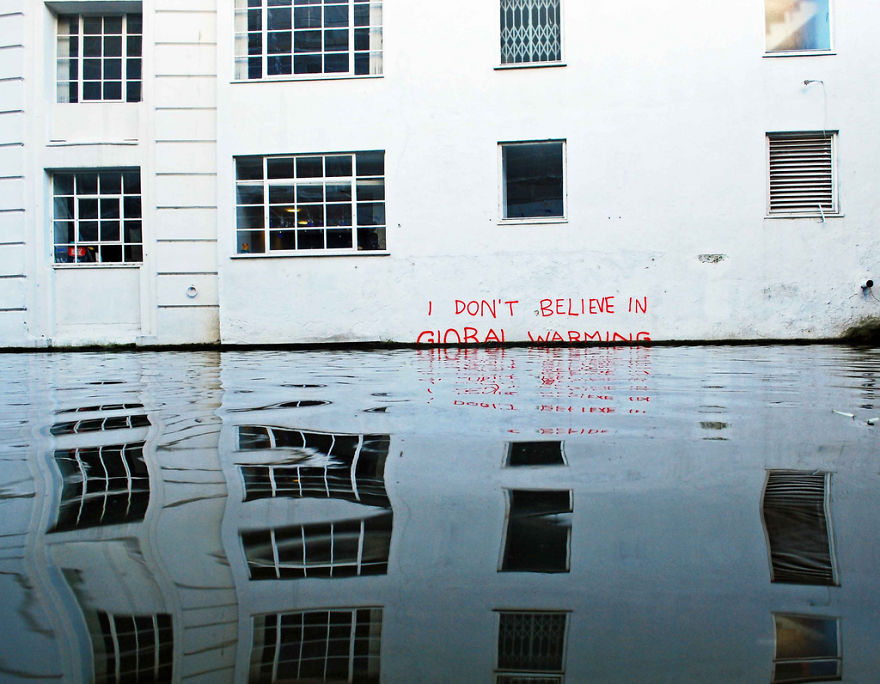 ROA is a Belgian street artist who often draws animals. This “zoo” image is in Johannesburg. 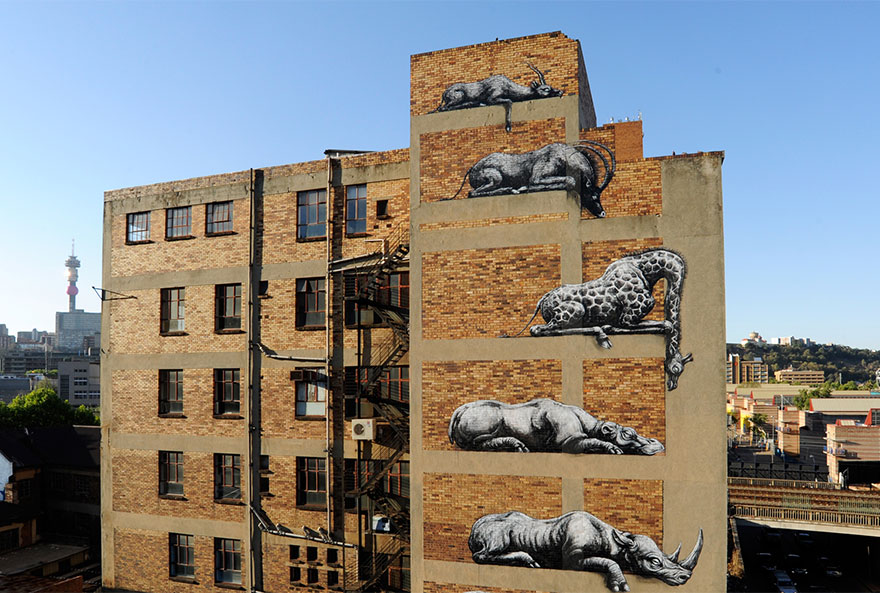 Pejac is a Spanish street artist. This drawing, titled “Stain,” is in Santander, Spain. 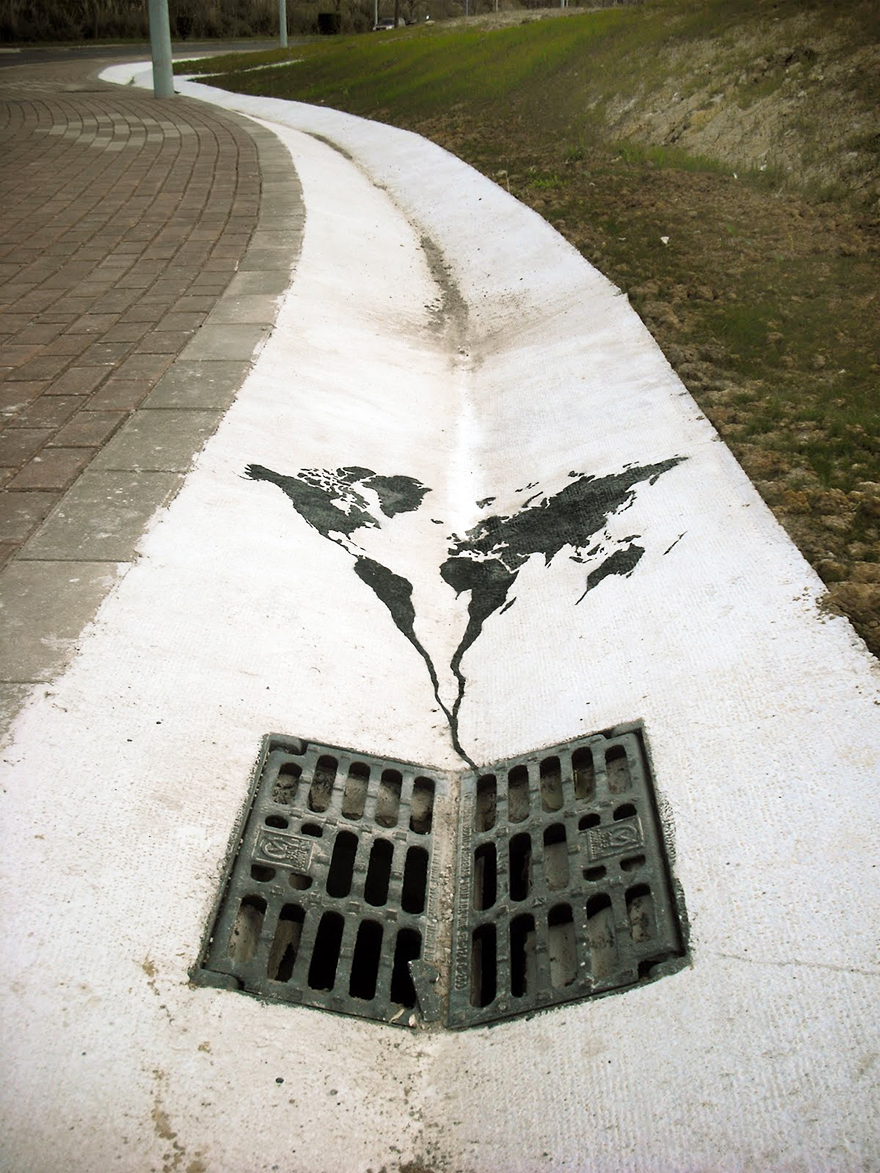 Natalia Rak is a Polish artist who only recently became a street artist. 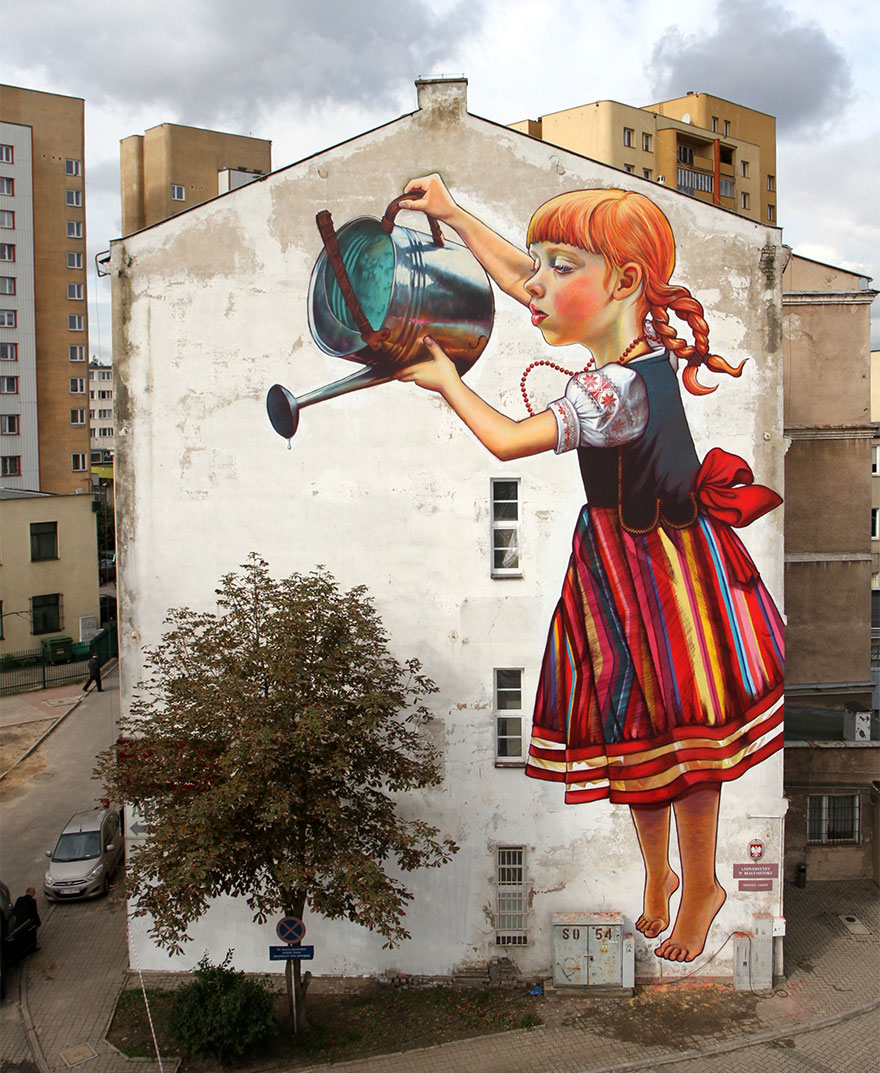 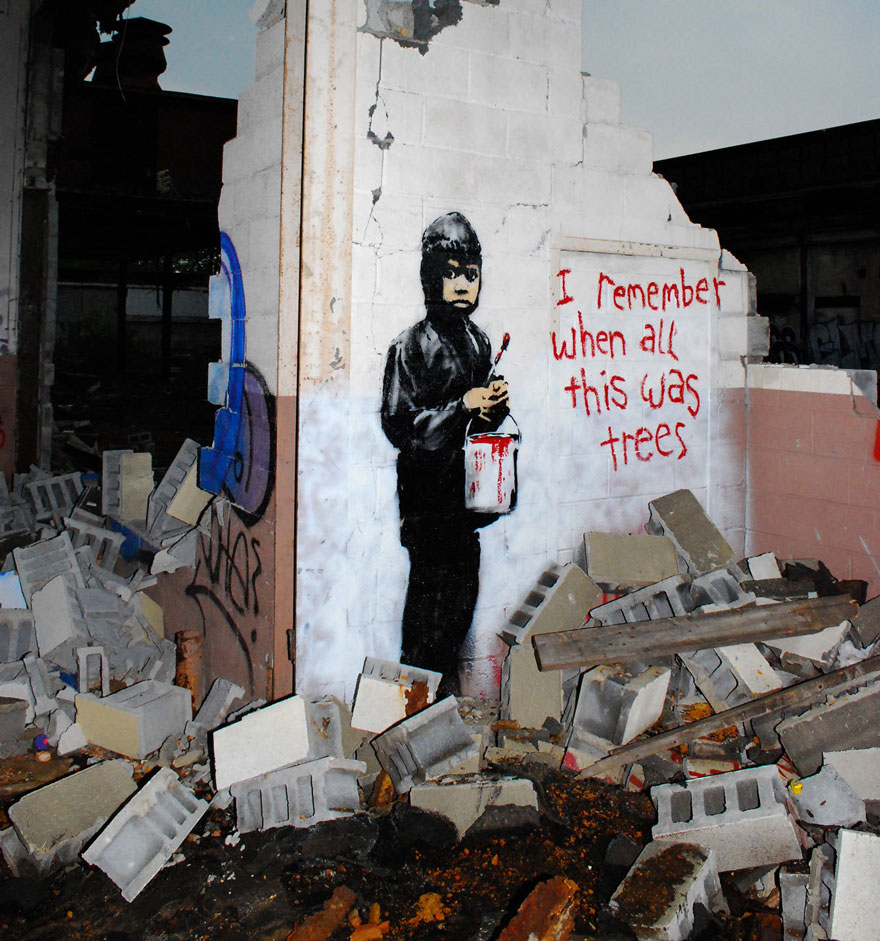 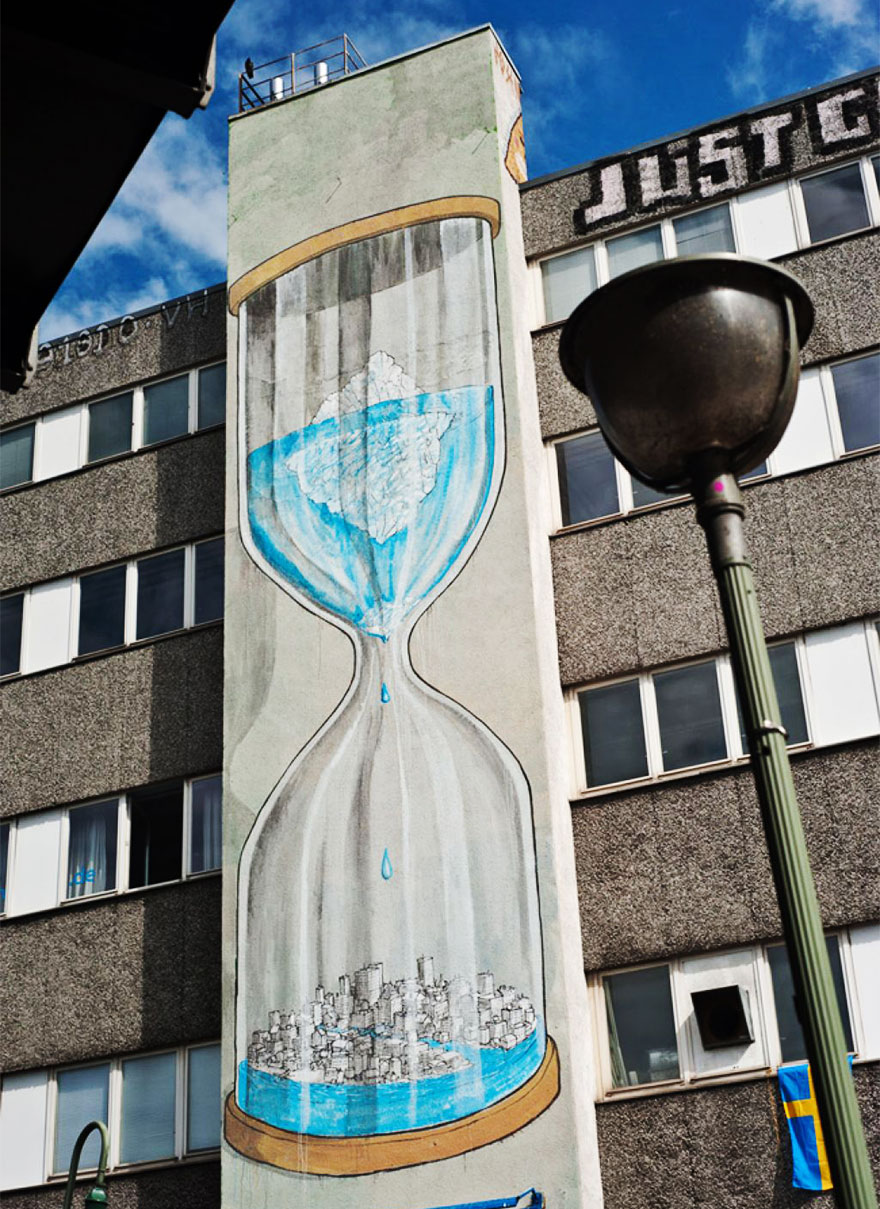 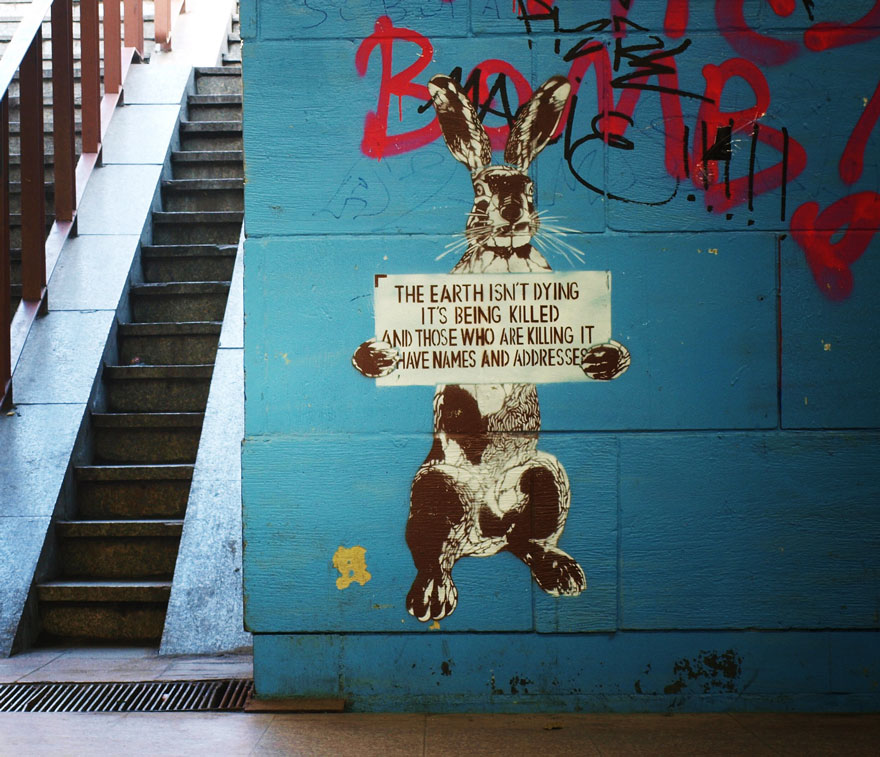 Nemos is a street artist based out of Italy. 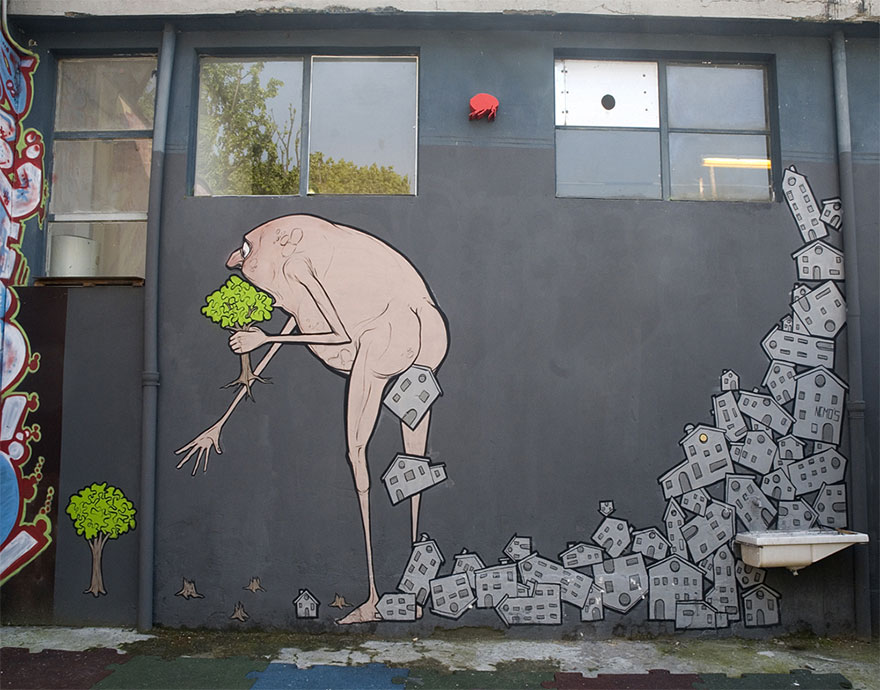 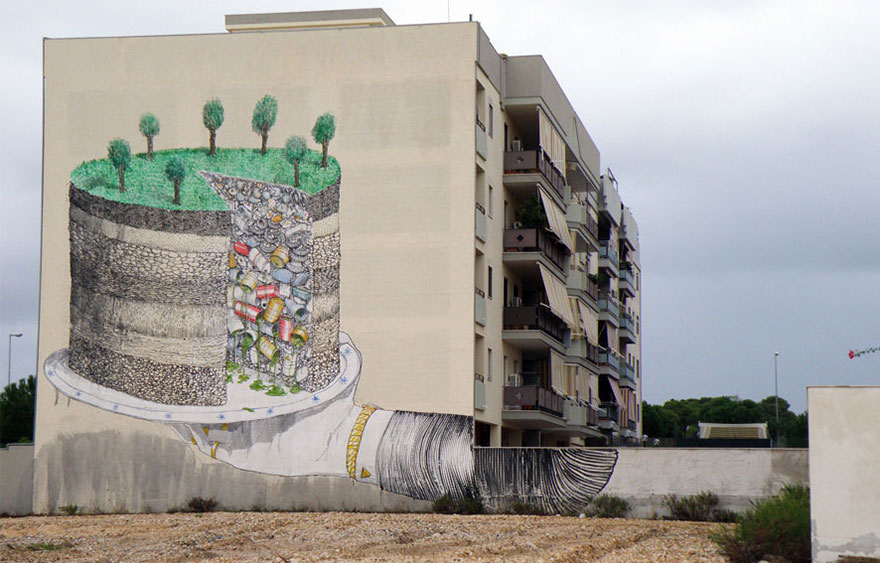 Eduardo Kobra is a Sao Paulo native street artist who is known for his spectacularly colorful art. 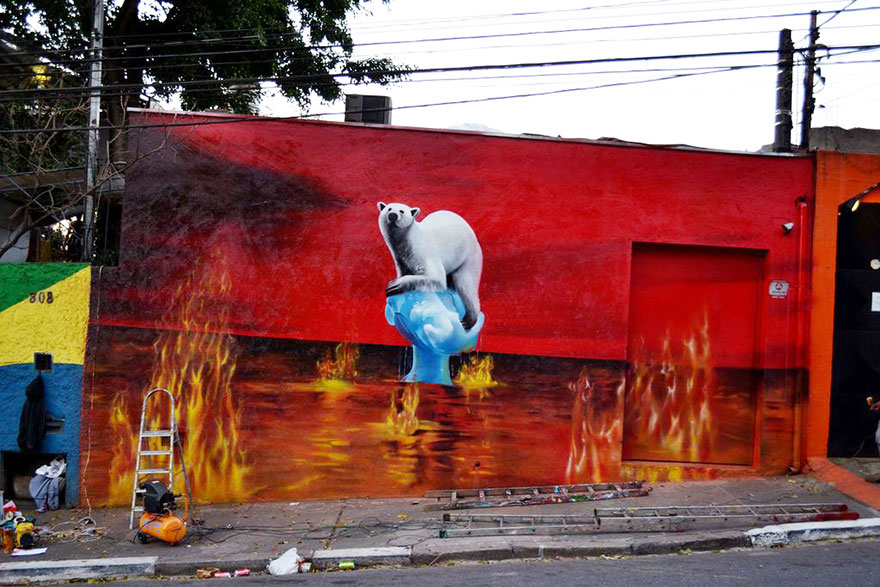 Many street artists take an anti-animal cruelty stance in their art as well. JULY i is a Toronto-based street artist. 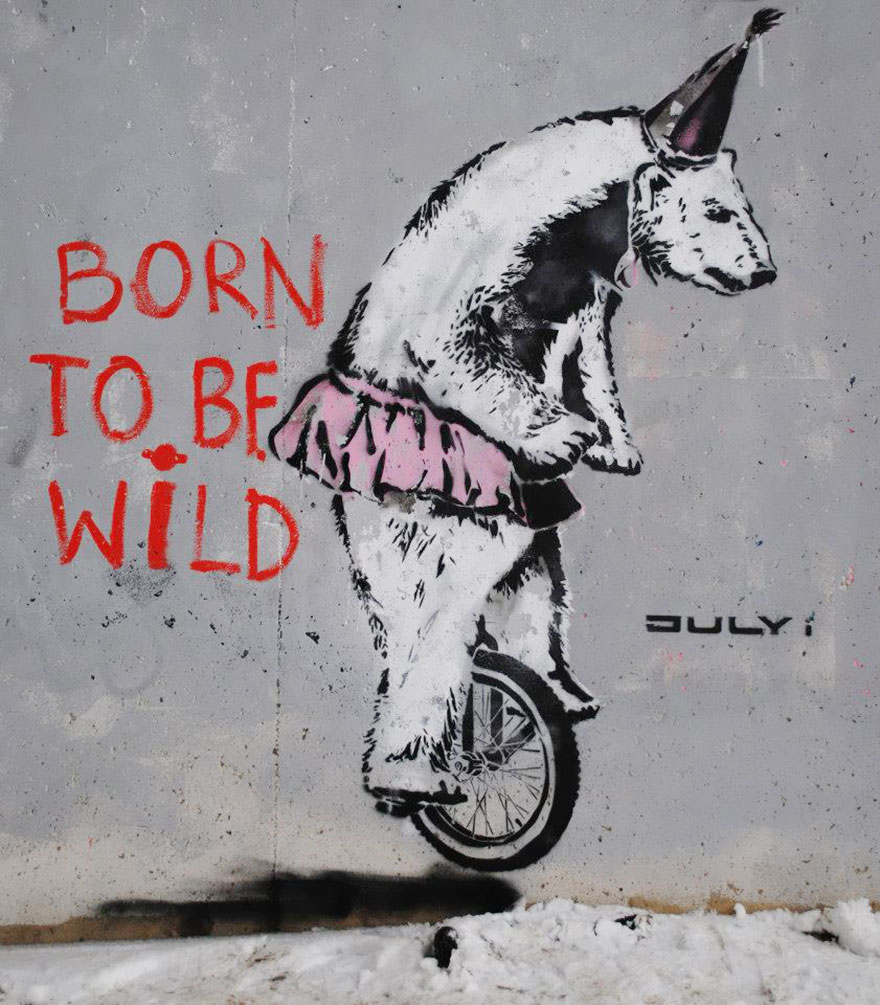 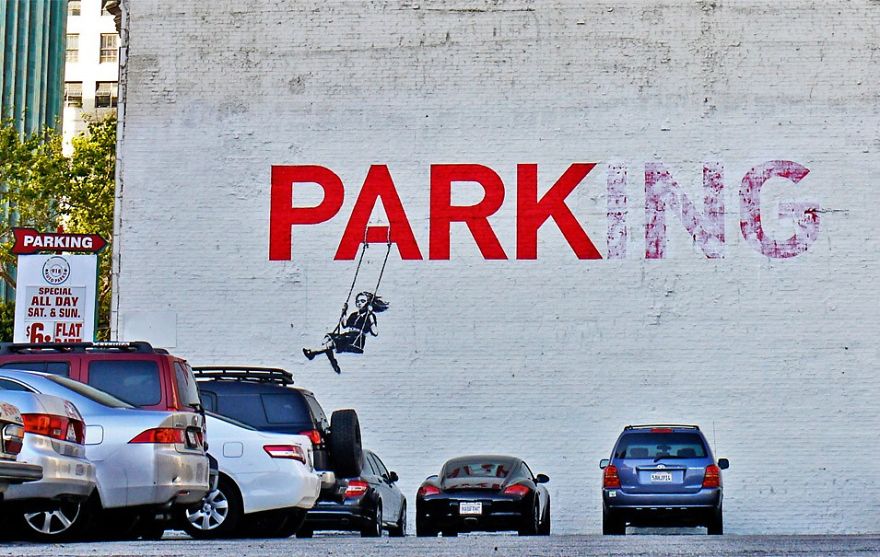 Source: Bored Panda
Tagged
Travel
What did you think of this story?
Meh
Good
Awesome