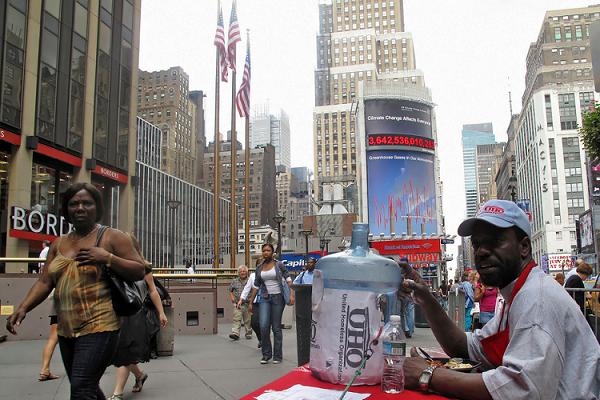 One of the many groups in New York seeking your charity dollars. Photo: bk.ninja

About a month ago I was on my way to meet a friend for drinks when a polite young guy in a blue vest stopped me and asked for a few minutes of my time to talk about how I might help a child in need.

We chatted for 15 minutes. For $22 a month, he told me, I could change a child’s life if I would just jot down my bank account information right there on the street. (He even had a clipboard—how convenient!). I respectfully declined, promising him that I would check out the website. If I liked what I saw, I’d make a donation.

That night, as I donated a dollar a drink to several bartenders over many hours, I thought about what makes one charity better than another, and whether I should fork over a small percentage of my hard-earned salary to a “good cause,” never really knowing if that money reaches the people who need it, or if it would even be enough to make a dent.

After a lot of thought and a little research, I identified four factors to consider before making a charitable donation:

1. Will your donation make a big splash or a drop in the bucket?

You won’t do any harm by donating to more well-known charities like the American Cancer Society or Feed the Children, both nearly billion-dollar organizations.

But for a local organization like the Children’s Cancer Center in Tampa, Florida, which raised $1.3 million in 2007, annual donations from community members seem to have a bigger impact.

” How much of my money would go directly to those in need, and how much would pay for crappy blue vests or orange cardboard change boxes?”

“In our community, we’re well known,” says Shannon Oliviero, the organization’s director of community relations. Oliviero explains that their no-pressure approach has helped “ten-fold” to bring in money to support children with cancer. Much of their funding comes from repeat contributors in the Tampa community, and local events are arranged for donors to meet the families they’re helping to support.

The Baltimore Community Foundation, which encompasses over 500 charitable funds, raised nearly $40 million in 2007. “People want to see results,” says director of communications Gigi Wirtz, who points out that community funds like BCF are more interactive than some of the larger, national charities. “They want access to the expertise of our program staff to find out [which charities] are doing the best work in Baltimore.” And for a first-time donor, the opportunity to have more control over their donation might be an appealing feature.

2. Which good cause is right for you? 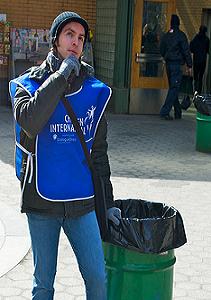 Whether I’ve heard of a charity or not, I want to know a little more about whom or what they’re fighting to cure, save, or protect. How long have they been around? How much of my money would go directly to those in need, and how much would pay for crappy blue vests or orange cardboard change boxes?

Doing an hour of online research on a site like Charity Navigator, a website dedicated to “intelligent giving,” will help you get a sense of which charities will spend your money most efficiently, and perhaps more importantly, which ones won’t.

3. How generous can you afford to be?

Any would-be givers should figure out roughly how much they’re willing to spend on their cause. There’s no right answer. For example, Vice President Joe Biden and his wife Jill reported $995 in charitable donations on their 2007 tax return—about 0.3% of their $319,853 annual income.

Charity Navigator suggests that would-be donators think about their contributions as long-term rather than a one-time spend:

“Ask yourself if your charity is the type of organization to which you’re willing to make a long-term commitment. When you do this, you agree to support them through good times and bad, and provide the funding it needs to weather economic downturns …. Only then will long-term sustainable change take place.”

Keep in mind that your donation doesn’t have to be money. Would you be willing to give blood every 56 days? How about volunteering your time handing out meals to the hungry? Of course, not everyone is comfortable with a needle in their arm, and charity work doesn’t necessarily suit everyone’s personality type, so donating money to a good cause is a nice alternative.

Charity is meant to benefit its recipients; the donor’s satisfaction is just a byproduct. But in the big picture, if you feel good about your contribution, you’re probably more likely to give again, and to recommend that others do the same. 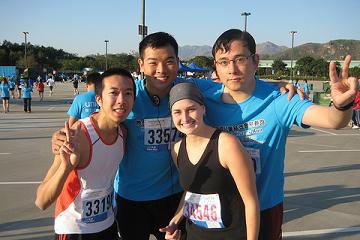 My feel good moment happened accidentally. I entered a 5-mile race to measure my progress as a nascent runner. The entry fee was $17, which I handed over without a second thought. Sure, my money was going to a good cause—lung cancer research—but at the time I was more interested in competition than charity.

But on race day, I realized that while my “contribution” of $17 may not have been much, it meant a lot more when pooled with the entry fees from each of the other 7,588 runners who signed up, along with the big-name sponsors of the event that had donated more than $150,000 to the cause. That kind of money might be able to make a dent when put towards a cause like lung cancer research. And that made me feel, well, good.

Needless to say, I’ll be running in the event next year.

Don’t have the money to make a donation? There are lots of other ways you can make a difference. Consider volunteering your time with one of Matador’s member organizations, which you can learn about here.