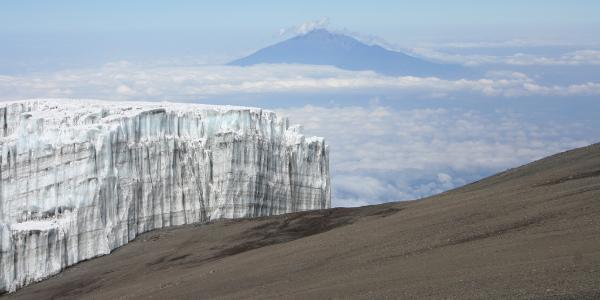 The world’s rapidly-shrinking glaciers are the most stunning evidence, visually and scientifically, of global climate change.

FROM THE POLES to the tropics, these ancient and monumental glaciers are going fast. Their disappearance will have drastic consequences for our planet. 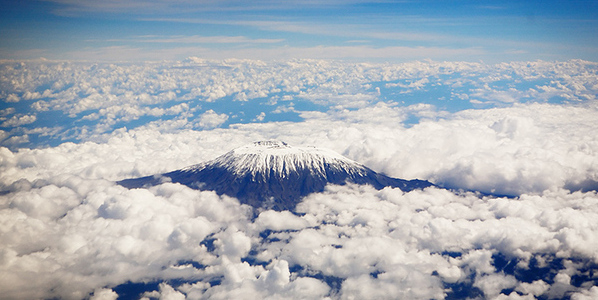 The once impressive ice field atop Mt. Kilimanjaro, Africa’s tallest peak, will soon be a thing of the past. In the last 100 years, over 80% of the glacier has disappeared, and estimates put its swan song somewhere between 2010 and 2020.

If you ever want to lay eyes on the famed “snows of Kilimanjaro,” you’d better go now.

Photo above by Jo Simon

Covering an area of 120 square kilometers, this is the largest glacier in the Alps. Although it’s only retreated 2.6 kilometers since 1880, 30% of that reduction has occurred in the past 25 years, with an average pace of 50 meters per year.

The good news is that the Aletsch Glacier should still be around next century. The bad news has to do with moraines, large lakes of glacial meltwater trapped behind dams of ice. When the dams melt to the point of breaking, the released water can cause tremendous flooding, already a problem in the Alps. 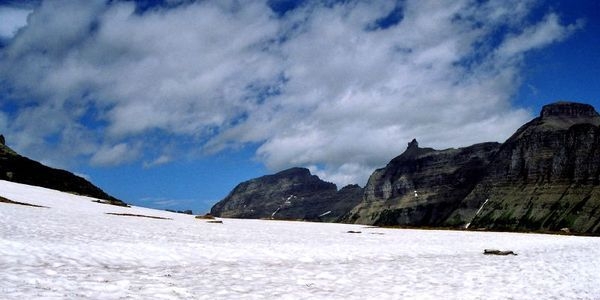 Photo above by jurek d

Count tourism among the victims of global warming. Of the 150 or so glaciers documented in Glacier National Park in the mid-1800s, fewer than 30 remain today. What’s more, climate models foretell that by the year 2030, they will vanish completely.

The region’s inherent beauty and geological importance are hard to diminish, but will Glacier National Park maintain the same draw if it has no glaciers to call its own? 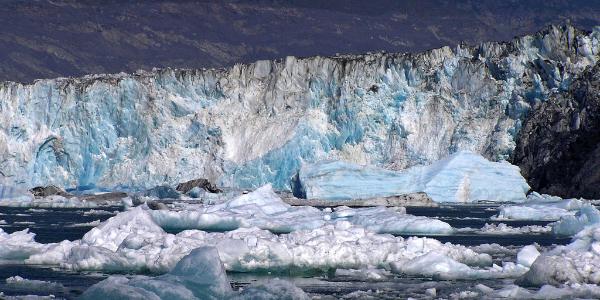 This massive tidewater glacier stretches for 50 kilometers from Alaska’s Chugach Mountains to Prince William Sound. Since 1980, it has retreated 15 kilometers, and scientists predict another 15 kilometers will be lost over the next decade and a half before equilibrium is reestablished.

As the glacier retracts, icebergs are discharged into Prince William Sound. While they are an impressive sight, these floating hazards threaten shipping lanes and may have played an indirect role in the Exxon Valdez oil spill of 1989. 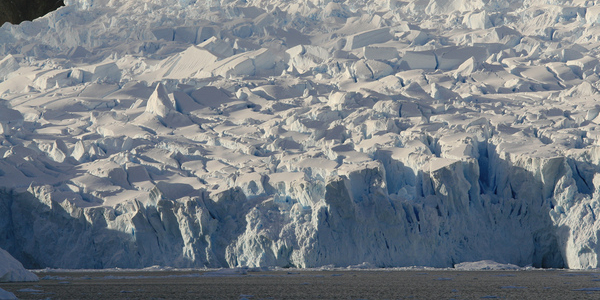 Combined, the ice sheets of Greenland and Antarctica account for 99% of the planet’s glacial ice. Needless to say, what happens to these sheets affects the entire world, and news in recent years hasn’t been encouraging.

Both have dumped massive amounts of ice into the ocean, with the high-profile loss of Antarctica’s Larsen B Ice Shelf in 2002 attracting global attention and bringing the question of climate change to the forefront. 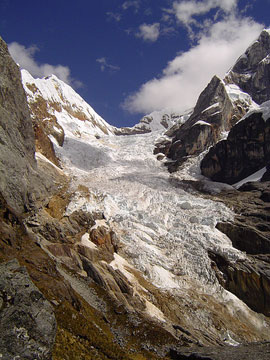 More ice in the oceans means rising sea levels, and with the current rates of melting, we can expect an increase of about 5 mm per year and as much as a meter total by the end of the century.

Already, low-lying Pacific Island nations like Tuvalu are feeling the effects, watching as their land is slowly consumed by the sea.

Qori Kalis is the main glacial outlet of Peru’s Quelccaya Ice Cap, the largest tropical body of ice in the world.

Having seen a reduction in area of 20% in just 30 years, the entire ice cap is now shrinking at alarming rates, and Qori Kalis is leading the retreat at 155 meters per year.

Given that millions in the region rely on water from the glacier for hydroelectricity, crop irrigation, and drinking water, it would be a serious disaster should Qori Kalis go the way of Chacaltaya, a glacier in neighboring Bolivia that’s expected to melt into oblivion in the next five years or so. 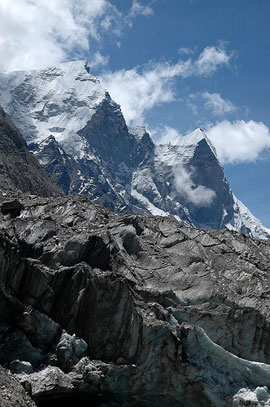 Photo above by huggy47

One of the largest glaciers in the mighty Himalayas, the Gangotri is being watched closely by climatologists.

As the primary source for the Ganges River, on which 500 million people in India and Bangladesh depend for freshwater, its continued existence is vital.

Unfortunately, increased global temperatures have spurred its rate of retreat to 30 meters per year in recent decades, and the ice fields of the Himalayas are among the fastest receding in the world.

As of now, skiing the Tasman is still marketed as “the definitive New Zealand alpine adventure.” Will it be in a few decades? Many glaciologists think not. 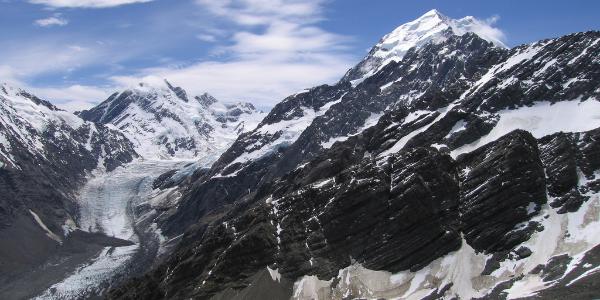 The outlook in Patagonia is grim, with many scientists pointing to glaciers in this region as the fastest receding in the world.

Chile’s O’Higgins Glacier, located in Bernardo O’Higgins National Park and one of the primary bodies in the Southern Patagonian Ice Field, is no exception, having lost 8 kilometers during the last 40 years. 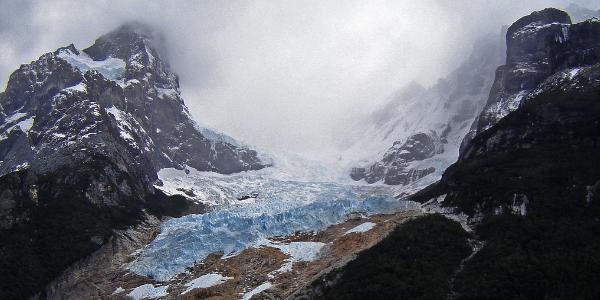 Want to help save the glaciers? Here’s a good starting point.

7 underrated spots in the US for stunning fall colors beyond New England
For the perfect day of hiking and Colombian coffee, head to Jardín
The most underrated, crowd-free national monuments in the West
The tallest, spikiest, and most colorful cactuses you can see in the Southwest
Watch the Perseid meteor shower light up the sky this August

A massive oil spill is endangering marine life around Mauritius

5 once-in-a-lifetime experiences in the Serengeti

The Peruvian Amazon: 26 images that capture its beautiful diversity