03:28 Jul 29, 2021
View all travel news
Top Regions
Top CitiesView All Destinations
Trending Regions
Trending Cities
Load More
Each of the 6 districts in Belize offers something different both culturally and environmentally: the Maya in Punta Gorda, Creoles in Belize, manatees in Ambergris, caves in Cayo. With all the diversity, I’ve noticed one common thread – Belizeans doing good.

[Editor’s Note: Megan Wood is the first writer-in-residence to participate in the Road Warrior program, a partnership between MatadorU and the Belize Tourism Board. Megan is spending the spring in Belize, documenting traditions of the country’s diverse cultural groups. Each week, she reports on her experiences for Matador, her personal blog, and for other outlets.]

Ian Anderson’s Caves Branch is best known for being a jungle lodge and adventure company in the Cayo District of Belize. But owners Ian and Ella are also the founders and organizers of The Belize National Youth Chess Foundation, which teaches children chess as an educational and motivational tool.

The Chess Foundation focuses on keeping Belize’s youth off the streets, giving them positive adult role models, and teaching them chess, which promotes critical and logical thinking, memory, problem solving skills, and maturity.

English is the official language in Belize and everyone speaks it. But, culturally, Kriol, is how Belizeans speak to each other at home and on the streets. Kriol is an oral language with African grammar that originated as a way for African slaves from different tribes to communicate with each other and their English masters.

Today, The National Kriol Council in Belize City is working to help Belizeans understand their cultural heritage. The Council has published a dictionary and children’s books, and is working towards having Kriol taught in the schools… not so Kriol replaces English, but so children can understand the differences between the two languages.

The Toledo Ecotourism Association in Punta Gorda, Belize is designed and run by local Maya who want to share their villages and culture with tourists in a responsible, sustainable matter. Ten different villages have built basic guesthouses that are designed for personal privacy but don’t interfere with village life.

The families who participate in the program rotate cooking responsibilities for the guests and operate tours of the village; activities include everything from waterfall visits to tortilla lessons to visiting Maya ruins. Profits go back to the village residents and they are further empowered to keep Maya culture in their own hands, without a middleman.

Ambergris Caye, Belize, is a great place for diving, fishing, and water sports. But the 25 mile wide island is also home to 18 Maya ruins, one of which was recently preserved thanks to the folks at Marco Gonzalez Maya site. In 2010 the site opened for tours and education, including an eco-tour focusing on birding and animals found within the site. 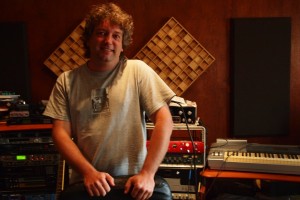 Founder Ian Duran is committed to finding and recording Belize’s distinct, cultural music, which is often overlooked by mainstream media. One of the albums he is most proud of is the Umalali Garifuna Women’s Project, which is a collection of Garifuna music written and sung by Garifuna women.

Duran says, “It wasn’t always easy getting the women I wanted into the studio because they were so busy with their daily chores and jobs. But the women knew they were part of something exceptional, a project that would link them to their Garifuna brethren in other areas and one that would present their voices to the outside world.”

Splash Dive Center in Placencia understands that the future of their business depends on the quality of the Belize Barrier Reef, which is the second largest in the world. Owners Patty Ramirez and Ralph Capeling are committed to sustainable diving practices and protecting the reef through a variety of educational and preventive initiatives.

Most exciting, though, is their community project, Splash Kids Club, which sponsors children in Placencia in the sport of scuba diving, providing them with an educational opportunity, and a future career as a dive professional and tour guide. One of their first graduates of the program will be hired as a dive master for the dive center this year.

MayaBags has created a responsible product line of high-end, hand-crafted products made by Maya women in Punta Gorda, Belize. The mission behind the products is fivefold: to help Maya craftswomen become earners, to help pay for education of Maya children, to support the traditional Maya skills of embroidery, weaving, basketry, and carving, to use designs that promote Belize’s biodiversity and culture, and to uphold the principles of fair trade.

I was lucky enough to interview several of the artisans employed by MayaBags in their homes, and all had positive things to say about their experiences. The work is regular enough to provide a steady income to pay for school and clothing, but not so rigorous that the women feel they have to neglect their families.

Save the Manatee Club

Historically, manatees in Belize were hunted for food and for their hides. Today, the manatees are being protected and researched.

Founded by singer Jimmy Buffet, The Save the Manatee Club is dedicated to protecting the endangered manatees off the shores of Belize through public awareness, research, rescue and rehabilitation of manatees, and advocating for stronger laws and more sanctuaries.

Community Baboon Sanctuary
Community Baboon Sanctuary was the first organization in the world of its kind—a voluntary cooperative designed to protect the habitat of the Black Howler Monkey while promoting the economic development of the participating communities. A recent census estimated the monkey population has hit 6,000—with a total population of 4,000 people in the seven villages combined, the valley can now say it has more monkeys than people.

Tagged
Activism Belize Belize: Bountiful
What did you think of this story?
Meh
Good
Awesome

MAPPED: Everywhere to stop along the world’s longest train journey
14 laws from other countries that the US should adopt
I went on my first-ever cruise during Omicron. Here is how it went.
American Airlines tells Olivia Culpo to ‘put a blouse on’ before boarding her flight to Cabo
Every type of Japanese sex club and what you’ll find inside
✖
travelstoke
Download the mobile app
stoked by