“EACH TIME I’M CONFRONTED with raw nature and wilderness, either on land or under water, I can’t help but feel one with everything that exists on our planet. It humbles me, that indescribable beauty, and it never ceases to amaze me. But Western society has limited most people from having these experiences often enough, and in time, most of us have forgotten this crucial sense of wonder. We don’t feel we have the responsibility to protect what we don’t see on a daily basis. And that’s a reality that’s very dangerous.”

I recently sat down for a skype interview with Dutch artist and activist Vincent Mock. Vincent is a sculptor, but his pieces are unlike anything I’ve ever seen — he creates life-sized sculptures of sea animals made entirely of long-line fishing hooks.

This series of works, which he’s entitled Hooked on Life, is emblematic of how art can be used to inform and challenge the viewer, how it can be used to rattle people into seeing the world for what it really is. Through the creation of his pieces, he seeks to inspire people to strive for change in the way they relate to the ocean and to recognize the role that all of us play in the destruction of “one of the last true wildernesses on earth.”

Each animal he models is a species that has become endangered as a result of the short-sighted practice of industrial fishing. Lines containing hundreds of these deadly hooks are cast every day from commercial fishing vessels that can catch in one day what 50 local fishermen catch in one year. But they aren’t only fishing our oceans bare of fish. Sharks, sea turtles, and albatrosses become tangled in the lines on a daily basis and are left for dead, treated as insignificant casualties of a lucrative commercial enterprise.

Vincent gave me some insight into why humans are killing their oceans, how standing by and doing nothing is just as bad as actively destroying them, and how he wants to change the way we think about the vast wildernesses beneath the waves.

MN: Here at Matador, we love to give people advice about how to quit their 9-5 jobs and travel the world. What prompted you to pick up and leave Amsterdam for game ranging and diving in Africa?

VM: Honestly, I had just finished studying and I wanted to travel. I always had an urge to see the wilderness and the wildest wilderness in my mind at the time was in Africa. I wanted to see the animals, and live miles and miles away from everything, so I got up and did it. I participated in a game ranging course in South Africa through the Field Guide’s Association where I learned about big game and volunteered for conservation projects. Eventually I started working in Marekele National Park. And over the course of those two years, I completed my dive master course in Mozambique — that’s where you can find all of the big game diving, the huge mantas and the whale sharks.

How did living and diving in Africa open your eyes to the dangers of industrial fishing? What inspired you to turn to art and creativity as a personal response to these issues?

When I was in Mozambique, I was seeing all these beautiful animals and this ocean that seemed so pristine. I lived there for 3-4 months before the stories started creeping in about foreign fishing vessels that are emptying the oceans of sharks and turtles, and how they use third world countries as their fishing bases. Asian and European commercial fishing vessels fish heavily off both of Africa’s coasts. They “buy” fishing rights for the most lucrative areas, so the local people have to get out further and further to get any fish, and obviously their boats aren’t good enough.

In the end, I came across a documentary produced by a non-profit for ocean conservation called Sea Shepherd, and there’s this scene where an industrial fisherman pulls an enormous ball of fishing line and hooks from the sea, with dead sharks and turtles tangled up in it. I thought it would be really confrontational to create my animals out of the hooks that kill them in real life. I wanted to contribute something to the conversation. 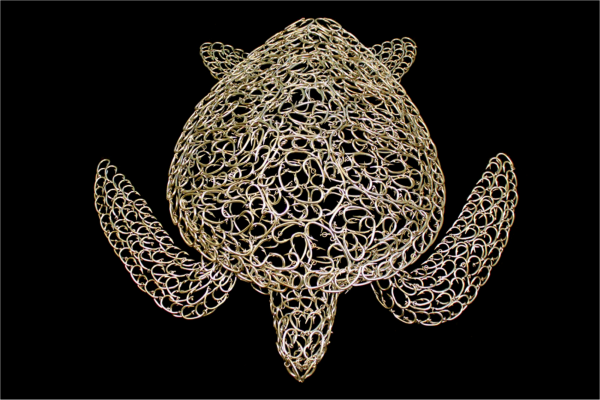 What do you wish that people would take from your work?

Art approaches people in many different ways. It’s a very objective medium, so people can take whatever they want from it. Of course I hope that when they look at my work, it triggers something inside of them and forces them to wake up.

With social media and the diverse opportunities we have to communicate with one another nowadways, there are so many things we can do to change the world, and I believe it’s possible, otherwise I wouldn’t be making my sculptures. I know they can reach people. Today’s technology makes it so easy for artists to trigger people with their work, and makes it even easier for consumers of that work to engage in discussions about it. This technology gives us the opportunity to be a global community and it makes it harder for people to ignore what makes them uncomfortable.

In the West, we’re subliminally taught to see ourselves as a separate ego that’s totally independent of the rest of the natural world. It’s this egoistic vision of separateness from all other forms of life that’s putting our oceans in danger. But we can’t really call ourselves intelligent beings when we’re passively aware of these alarming ecological developments and we aren’t striving to change them. The fact is, we’re all still a bunch of horny, naked apes being forced to adapt to a rapidly changing environment. And the window of opportunity to transform our behaviour into a more empathetic global consciousness is getting smaller by the day.

What would you say to a representative of the industrial fishing industry, if you had the opportunity?

I guess I would tell them that fishing, or any kind of harvesting for that matter, has always been a practice that’s been passed down from father to son, from generation to generation. It’s just like hunting and gathering: you take what you need and you make sure that next year there’s enough to grow and live for the next generation. 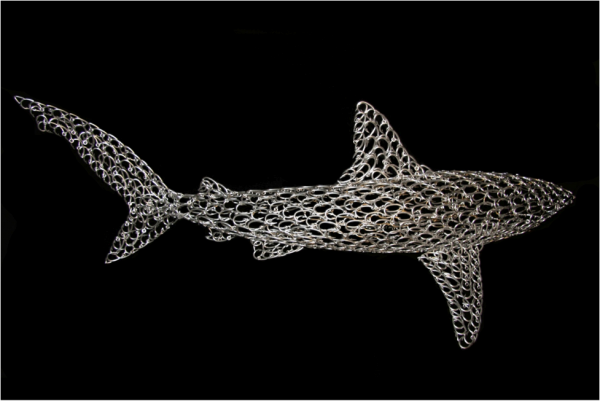 I would ask them, “Do you even look into the future, or does everything about life in the 21st century have to be a free-for-all?” In the end, they want to make a profit in the short term because they have so much competition, and I think that’s one of the main issues. There are so many boats on the ocean that the best fishing grounds are becoming rarer. But I would ask them, “Wouldn’t you prefer to make fishing a sustainable way of living?” Someday soon they’ll all be out of a job, because there won’t be anything left to fish for.

Besides people speaking up and putting pressure on the industry, what do you think is the most feasible solution to this problem?

In national waters, most fisheries are relatively well regulated because people fish in their own waters, and they’ve done that for many hundreds of years. The government has an incentive to regulate what happens in its own waters. But in international waters, everybody can do whatever they want. And no country wants to invest money in patrolling what doesn’t belong to them.

Why don’t we send our navies to intervene and patrol international waters? Shouldn’t protecting our communal oceans be as important as protecting our countries militarily? We need to implement a control, or nothing will change.

Together with global warming, protecting our oceans is the biggest challenge that we as a species will come up against. Obviously, helping people and helping local communities is also important, but I always think that we need to be putting more emphasis on the environment, because without a healthy earth, it won’t matter if we have stable, healthy communities. We need to learn to live sustainably. It’s our challenge of the future.

Where can people check out your work and get inspired? 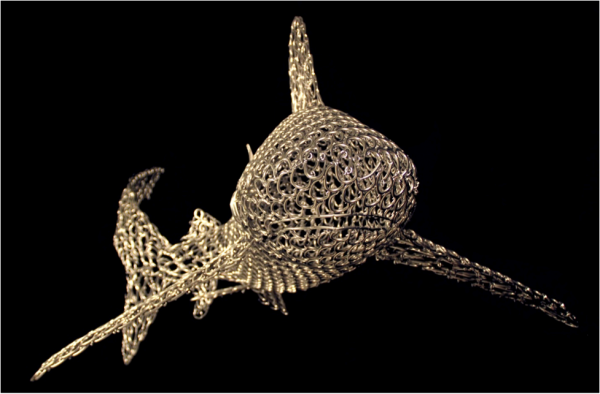