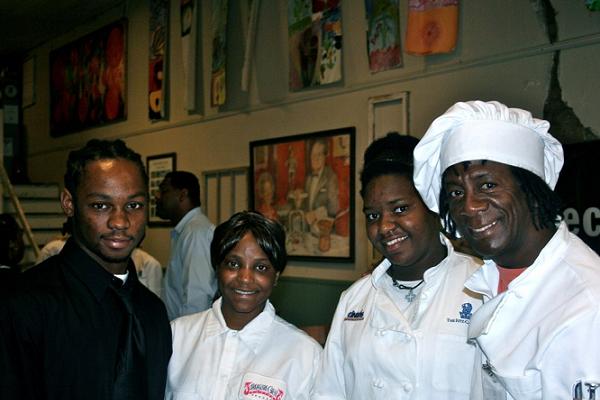 Is teaching teens to cook the way to prevent crime?

EXOTIC CUISINE, celebrity chefs, and Michelin starred restaurants may seem a world away from violent misfits and underpaid government staff of juvenile correction facilities. However, distant worlds are rapidly colliding. Fed up with ineffective government interventions, the culinary world is taking charge by bringing innovative at risk teen programing from the back kitchens of bakeries and culinary schools across America to the country’s “correctional” facilities.

The Argument for Change

Forget the days of knuckle-rapping punitive discipline. The new game is early detection and early intervention. Provide constructive and enriching support to underprivileged young adults before the system fails them. And why can’t cooking be that support?

Culinary training builds confidence and self worth by teaching students how to combine simple ingredients with passion and imagination to create something out of nothing– a highly lucrative skill set and a classic metaphor for life. And run with military precision, a professional kitchen demands self discipline, team work, and clear communication amongst its members… all positive character building influences that troubled youth often lack.

What does juvenile detention and incarceration produce? Probably, a more hardened and bitter criminal who still can’t get a job.

Can cooking be the catalyst necessary to revive our outdated prevention and intervention policies? Some chefs and social entrepreneurs think so.

Employing homeless and troubled youth on the east side of Chicago, Lisa Thompson opened the doors to Blue Sky Inn Bakery in 2008. Supplying fresh baked goods, coffees, and catering services to local downtown Chicago businesses, the bakery supports hands-on job training and the development of “soft skills,” such as teamwork, conflict resolution, communication, accountability, critical thinking, and problem solving. Lisa has blazed a path for many young adults by helping them find long term employment and facilitating an outlet for creative expression and subsequent personal growth.

Raised in the slums of Pittsburgh, Strickland founded the Manchester Craftsmen’s Guild (and adopted the Bidwell Training Center) to teach fine arts and marketable skills to troubled youth and displaced adults in his community. The center’s culinary program, whose curriculum is modeled after the prestigious Culinary Institute of America (CIA) in New York, prepares students for and places them in the finest kitchens across America.

Strickland’s innovative programing has not gone unnoticed. In 1996, he was the recipient of the MacArthur Foundation “genius” grant, an honor bestowed to individuals committed to building a more just, verdant, and peaceful world.

The Icing on the Cake

The use of heavy handed discipline to produce a change in behavior is not only outdated, but dangerous. And the proof is in the numbers. 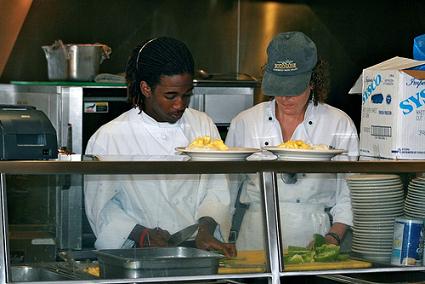 While prison funding eats over $60 billion tax dollars per year, incarceration still yields a recidivism rate (rate that inmates return to prison within three years of their release) of over 50% in the United States. In other words, in over half the cases, the prison system fails in its core objective – to rehabilitate criminals and transform them into productive members of society.

Compare that approach to Bill Strickland’s program, which invests in the educational and personal development of troubled teens before the system fails them. Strickland’s investment produces an 85 percent college acceptance rate among graduating seniors.

For more information and opportunities to get involved, visit Blue Sky Inn and Manchester Bidwell.

Lots of Matador members are interested in the ways food can be used as a tool of social change. Meet Boya, a Washington, D.C. native currently in Italy who teaches kids about food.

Want to get cooking yourself? Check out this article from our archives on the non-profit Culinary Corps to see if you’re eligible to participate in their annual service trips.