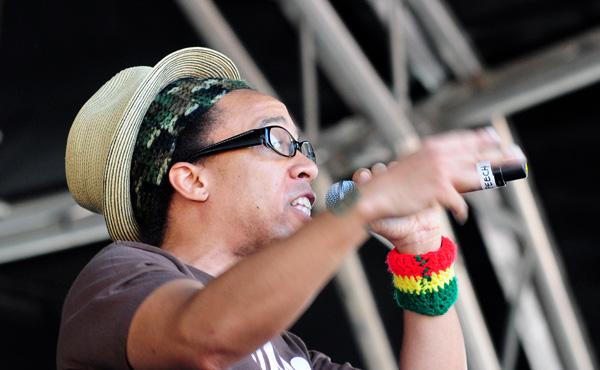 It’s been a while since we’ve heard any mention of the group Arrested Development here in the US. Wondering where they’ve been? Sebastian Lindstrom and the What Took You So Long Foundation caught up with them in Africa.

It was 1992 when the US hip-hop group Arrested Development hit #1 on Billboard’s R&B and Rap Chart and #6 on Billboard’s Hot 100 Chart with their song “Tennessee.”

I was 15 and dorky and while the black consciousness song “Tennessee” didn’t do a lot for me, I actually liked “Mr. Wendal,” the group’s song about a homeless man who gave the singer cause to ask:

“Civilization, are we really civilized, yes or no ?
Who are we to judge ?
When thousands of innocent men could be brutally enslaved
and killed over a racist grudge.”

“Mr. Wendal” did pretty well, too, reaching the top 10 on several of Billboard’s charts. The group went on to win Grammys for Best Rap Album and Best New Artist; it was also named Rolling Stone’s Band of the Year.

And then, Arrested Development seemed to disappear.

Sebastian Lindstrom caught up with the group recently, interviewing them at a music festival in Essouria, Morocco:

Arrested Development at Gnaoua Music Festival in Essouria from What Took You So Long on Vimeo.

As Lindstrom reported to Matador:

Front man MC Speech is a proponent of “conscious rap” as opposed to mainstream gangster rap. He chooses to write songs with a message to encourage and uplift people faced with… harsh realities….

His music covers many themes he feels passionately about in the US and Africa. He sings about his relationship with God and speaks of incorporating traditional African values into his life. He believes African Americans and Africans can relate to his message of overcoming struggles.

The group is led by elder Bob (”Bob-Bob”). Ishu, a backup singer and dancer, has family in Accra, Ghana. The band is also accompanied by JJ, Tasha, “One Love” and Zay. Each band member gives to African charities of their choice. The group was the first African American group to give to the African National League (ANC) in South Africa and after recently appearing on an ABC program gave to UNICEF in the Congo.

I’m glad to know this group from my adolescence is back on stage… still raising consciousness.

Read more about Sebastian Lindstrom and the What Took You So Long Foundation in our previous profile of the organization.