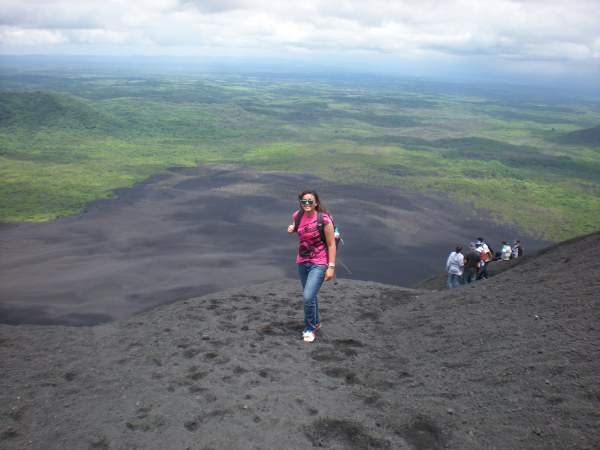 Raylene Lopez is sixteen years old and a senior at Burton High School and lives in the Bayview District of San Francisco. She was one of 3 students who received the Matador Travel Scholarship and traveled to Nicaragua this summer with a non-profit organization called Global Glimpse.

THIS SUMMER I WANTED to experience something different for a change. I didn’t want to waste a summer at home not doing anything productive. I was introduced to the opportunity of traveling to Nicaragua with a youth travel program called Global Glimpse. Right when I received the application I was so excited that I filled it out without asking my parents. Once I was notified that I received a traveling scholarship from Matador and that Global Glimpse accepted me into the program, I told my parents. I was lucky that they didn’t need much convincing.

What felt like a year later, I found myself waiting in the San Francisco airport. I was the first one from the group of 16 students that were going to travel with me to get to the airport. So I waited with one of the chaperones. To be honest, the only thing I was nervous about was not knowing who I was going to sit next to on the 7 hour plane ride. Other than that I was really excited to get out of the city to immerse myself in a culture that I hardly knew. 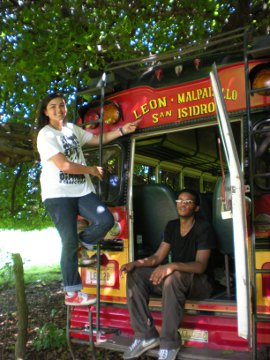 After the 7 hour plane ride, we were in El Salvador where we met our second chaperone who flew in from New Jersey. We boarded another plane that would take us to Managua, the capital of Nicaragua. It was only a 30-minute plane ride.

Before stepping out of the airport we were greeted by three Nicaraguans who were going to be our chaperones/ guides for the trip. They warned us that we should remove any extra layers of clothing because it was going to be really hot outside. Stepping outside everyone’s initial reaction was “Woah it’s hot!” Getting on the bus without air conditioning everyone’s reaction was “Ahhh it’s even hotter in here!”

After I got adjusted to the heat I was able to really look around and soak in that I was actually in Nicaragua. The city of Managua was really dirty with political graffiti almost on every wall. There wasn’t much going on there. I was kind of afraid that the little city of Leon where we would be spending the three weeks was going to be like that too. After getting a short tour of Managua and the history of Nicaragua we hopped on the bus for an hour and 30 minute drive to Leon.

Staring out the window I noticed an immediate change. Once we left Managua the sky was so clear. There weren’t many houses and there were just fields and cows. Then it changed back to a city and we were finally in Leon.

When we arrived in Leon we heard music in the streets, we smelled the aroma from the street vendors’ foods and we saw groups of students in uniform walking down the streets smiling at us in the bus. I could tell that it was going to be a very interesting and fun three weeks of my summer.

We were staying in a hostel in Leon called Sonati. The people who worked there were really welcoming and the random travelers who stayed in the other room at the hostel were very interesting and nice. The first night that we had to explore the city on our own was one of the best nights of the whole trip. The whole group of students and I went out to get some ice cream and we sat in front of a Cathedral. One of the students brought his soccer ball and we started to play. Then a big group of Nicaraguan kids came out of nowhere and asked if they could play too. We split up into teams and it ended up being the Nicaraguan kids versus the American kids. Our game lasted for about an hour and the kids that we were playing with were very funny and friendly. 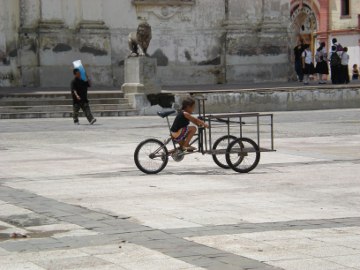 The funniest moments in Nicaragua either happened during the long bus rides or during our free time shopping experiences. Whenever I went out shopping with a small group of students, I always had to translate for them. So one day I decided to force the other students to try and communicate with the dealers by themselves. Most of them struggled but they ended up bargaining on their own.

During the long bus rides we always tried to pass the time away by sharing jokes or funny past experiences. Whenever the bus driver would turn on the radio, mostly all the stations played Justin Bieber, Lady Gaga or the World Cup songs. All of the students sitting at the back of the bus would all sing the songs together and we would just have a fun time; even the chaperones from Nicaragua would join in.

I found it pretty interesting how one of the chaperones named Morena, liked the same type of music and knew the lyrics to all the songs that I liked. I was surprised at how much the American culture influences Nicaragua’s culture, not only with music but also in the way they dress. I counted at least 13 stores that sold Hollister and Abercrombie and Fitch clothing.

The most memorable moments in Nicaragua were during our English classes. Two other students and I had a class of 25 Nicaraguan locals, who were our age and older, that wanted to learn English. Our classes were 2 hours long for two weeks. Being the teachers of a class was challenging because we had to come up with our own lesson plans, but that’s what made them fun. One of my favorite classes with the students was when I had them play “Simon Says” and “Head, Shoulders, Knees, and Toes”. They had fun playing those games and we laughed a lot that day. On the last day of class one of the students, Elle, told me that our English classes were helping him learn English more than his teacher at his university was. That made me happy because he proved to me that our time with them had made a difference.

One of the most challenging days for me in Nicaragua was Poverty Day. We had to spend the whole day without electricity and running water. It was hard for many of the students and I to perform our regular routines without any lights. All we ate that day was rice and water. That day made me feel thankful for what I have at home.

The fun part of the day was when they took us to a little town in Nicaragua where we had to spend the day with a family. I got to hang out with a man named Tyler who is a member of the Peace Corps and his host family. They showed me what they like to do for fun. We chased iguanas, played futbol, swung on a tree swing, climbed trees to get grapefruit, and pulled water out of a well by running down the road with a rope tied around us. I even got to use a machete to cut weeds in the fields. That day I learned that people can still enjoy themselves without having any electricity, running water, and having small rations of food. 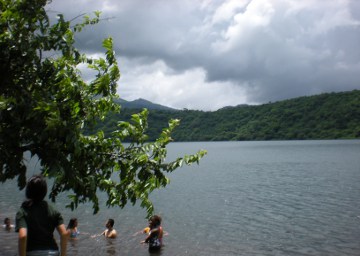 One of the biggest lessons I learned on this trip was how important it is for a community of people to preserve their culture. In Nicaragua there’s a small town in Leon that has left up a tamarind tree that is very sacred for their community. The Indian king who founded that town was hung on one of the branches from that tree by a Spaniard soldier. So that community until this day has preserved the meaning of that tree and they won’t let anyone touch it because the soul of the king lies within it. They were given a reason to respect the nature that was left around them despite the dirty conditions of their small town. The same story has been passed on through generations and the tamarind tree is still there.

“One of the biggest lessons I learned on this trip was how important it is for a community of people to preserve their culture.

When a group of people preserve their culture or even part of their culture, it gives that group a reason to get along because they have something that ties them together. Preserving one’s culture in a city like San Francisco can be difficult since there are a lot of cultures influencing your own, but it can be done by doing stuff like the Nicaraguans with the tamarind tree, and by passing down stories or legends with morals and by cherishing something related to your culture.

Another big lesson that I learned on this trip was how much knowing a second language, especially English, is important for many Nicaraguans. Here in the States I noticed that many people take the resources that we have to learn other languages for granted. In Nicaragua, knowing how to speak English can double your salary.

Many of the Nicaraguans I met on this trip don’t have the same easy access to programs or free language classes like I do, but they really wanted the opportunity to learn English. They attended every free English class that we had to offer even though it was at night and some of the students had to travel across the city to get to the classes. That really surprised me because I didn’t think that they would actually want to go out of their way and take time out of their free time to come to our classes, but they did. They really showed me how much I need to take advantage of what I have here in the US and to work hard in all my classes even though some of them at the time seem useless because for someone else in another country, what you learn can be very important to better their life. 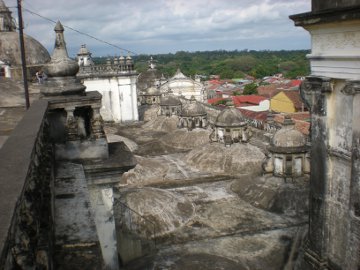 Now that I’m back from that amazing life-changing trip, I really want to share my experience with other students at my high school, not just by telling them about my trip but also helping send students to Nicaragua as well. I’m trying to get the Global Glimpse traveling program at my high school so that future students can experience the same things that I did so they can see what people have to go through to get a good education in Nicaragua, so that they can take their education more seriously, which is how this whole trip made me feel.

“You can’t learn and experience the things I had through a textbook or from the Internet. It’s just not the same.”

Leaving Nicaragua was the hardest part of the whole journey. I knew that I was going to miss everything and everyone that I encountered during those three weeks. I experienced so much and learned way more about the country than I would have if I stayed home.

You can’t learn and experience the things I had through a textbook or from the Internet. It’s just not the same. I really want to go back to Leon and I’m trying to plan a short trip to go during one of my breaks from school. Now that I’m back in the city of San Francisco I notice so many things that I take for granted. I also notice so many things that I can live without.