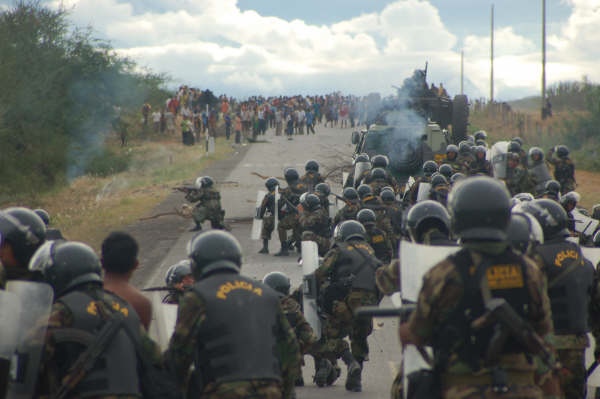 Photos courtesy of Amazon Watch[Editor’s Note: This article contains extremely graphic images that may not be appropriate for all audiences. Please use your discretion.]

For people around the world who have limited access to traditional forms of power, the peaceful demonstration is often an effective means of bringing local and international attention to life and death issues that would otherwise go unnoticed.

This was true during the Civil Rights Movement in the U.S., when African Americans dressed in their Sunday finest and sat at lunch counters, waiting to be served but knowing they wouldn’t be.

It was true two weeks ago in California, when supporters of gay rights gathered together to stage a sit-in in front of San Francisco’s City Hall.

And it was true on Friday morning, June 6, when several thousand Awajun and Wambis, indigenous Peruvians, continued their 56 day road block in the remote area of Bagua to protest free trade agreements that have opened ancestral lands to private companies for resource extraction without their input or agreement.

But traditional authority has little tolerance for these patient, often silent, forms of protest.

And so, around 2 AM on Friday morning, Peruvian Special Forces surrounded demonstrators set up along a roadway with steep embankments on either side. While the demonstrators were sleeping, police came in from both sides and even from above–by helicopter–trapping the indigenous groups and demanding they cede the land they were holding.

When the demonstrators refused, police fired tear gas, grenades, and bullets into the group, killing at least 25 civilians and wounding more than 150. 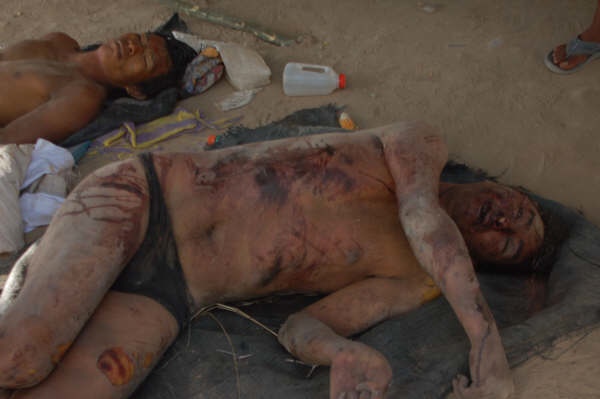 Gregor MacLennan of the environmental advocacy group Amazon Watch arrived in Bagua shortly after the attacks to begin collecting the testimonies of eyewitnesses. Based on the reports he collected, MacLennan reported: 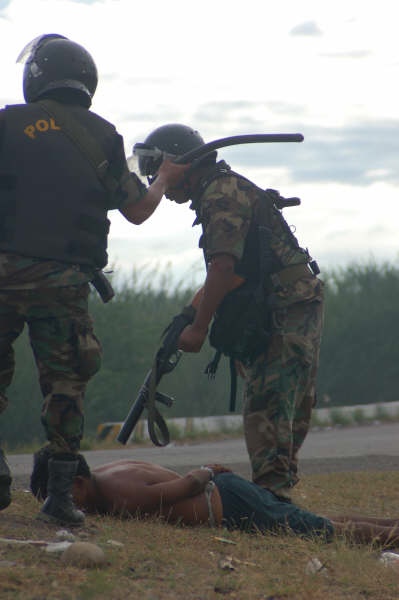 “All eyewitness testimonies say that Special Forces opened fire on peaceful and unarmed demonstrators…. This was not a clash, but a coordinated police raid with police firing on protesters from both sides of their blockade…. Some have reported seeing the police throwing liquid on the cadavers and burning them.

“Also local residents have given accounts of having seen police throwing bodies of dead civilians into the river in an apparent attempt to underreport the number of dead. We’ve also received accounts that some of those injured were being detained by security forces and denied medical attention leading to additional deaths. There are many people still reported missing and access to medical attention in the region is horribly inadequate.” 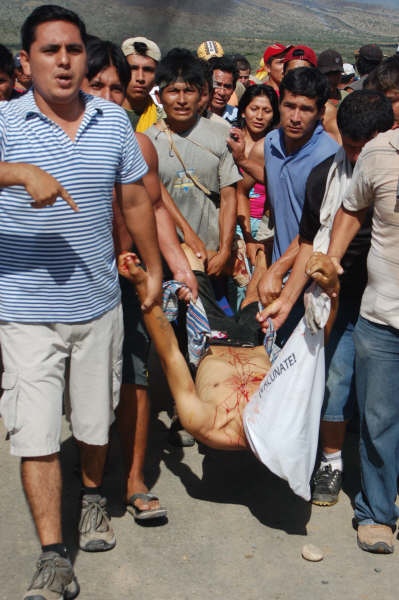 Amazon Watch is currently monitoring events in the region and has established several opportunities for you to take action:

1. Send a direct message to Peruvian President Alan Garcia and the government to support the four-point agenda presented by the indigenous groups: (a) immediately suspend violent repression of indigenous protests and the State of Emergency; (b) repeal the Free Trade Laws that allow oil, logging, and agricultural corporations easy entry into indigenous territories; (c) respect indigenous peoples’ constitutionally guaranteed rights to self-determination, to their ancestral territories, and to prior consultation; and (d) enter into good faith process of dialogue with indigenous peoples to resolve this conflict. 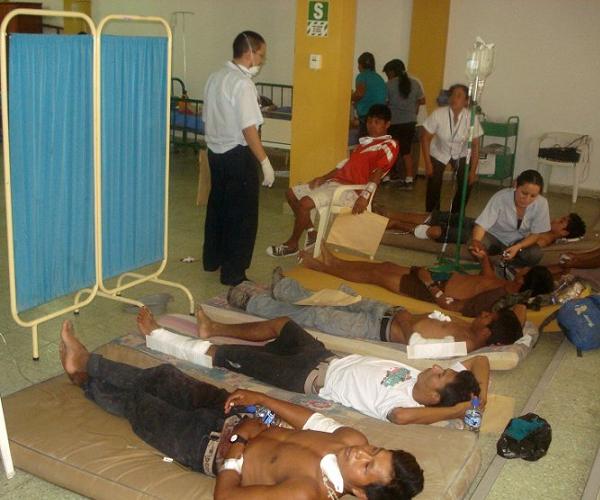 2. Make a donation of any amount to a fund that has been established to provide emergency medical care and legal services to those directly affected by the violent raid.