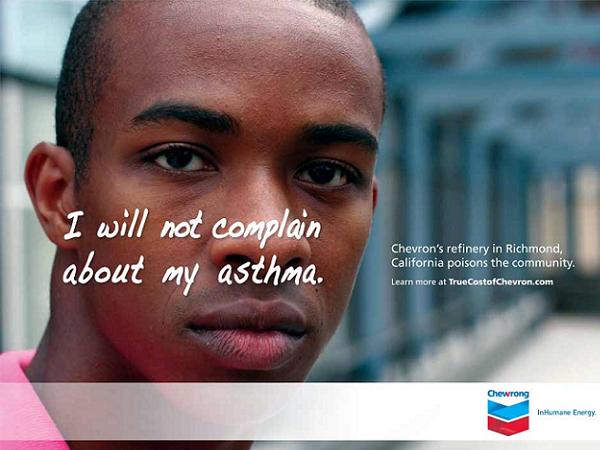 The world’s big oil companies are in a tough position: they source and sell one of the most in-demand products in a world where consumers are increasingly sensitive to the environmental and human rights impacts of oil production and consumption.

Yet the Chevrons and Shells of the world are responding to market demand and making enormous profits, so there’s little incentive to stop oil drilling.

The oil companies and the consumer public share the responsibility for the consequences of oil dependence on human and physical environments, but big oil is directly on the hot seat. In order to draw attention away from the catastrophes caused by its activities, big oil has been rolling out new advertising and marketing strategies in an effort to change the public’s perception of oil companies AND to put the onus of environmental responsibility on consumers.

Chevron’s recent ad campaign, which revolves around the question, “Will you join us?”, features diverse people in television and print ads making firm, declarative commitments to reducing their own oil dependence:

“I will leave the car at home more.”

“I will finally get a programmable thermostat.”

“I will replace 3 light bulbs with CFLs.”

But critics charge that Chevron’s empowering, “I can do it” campaign is little more than the company’s most recent–and boldest–attempt to greenwash its own activities.

In recent weeks, 11 organizations came together to launch the website, True Cost of Chevron. In addition to producing the “Alternative Annual Report,” the activist groups designed their own ad campaign.

Modeled after Chevron’s “Will you join us?” campaign, the True Cost of Chevron ads also feature individuals from around the world, making aspirational statements of an entirely different sort: 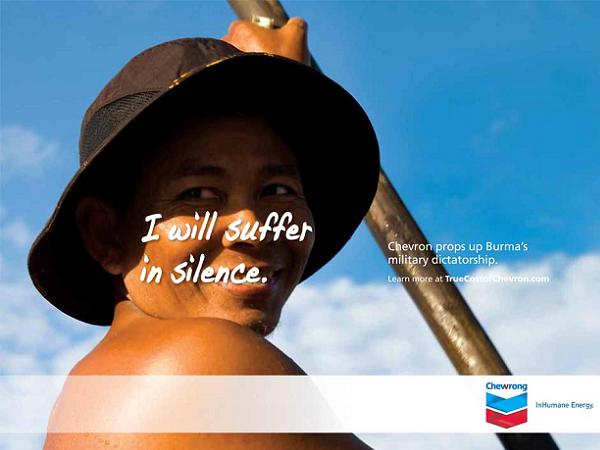 Chevron has refused to acknowledge both the widespread human rights abuses caused by its Yadana project and the destructive effects that revenue from the project has had in Burma. 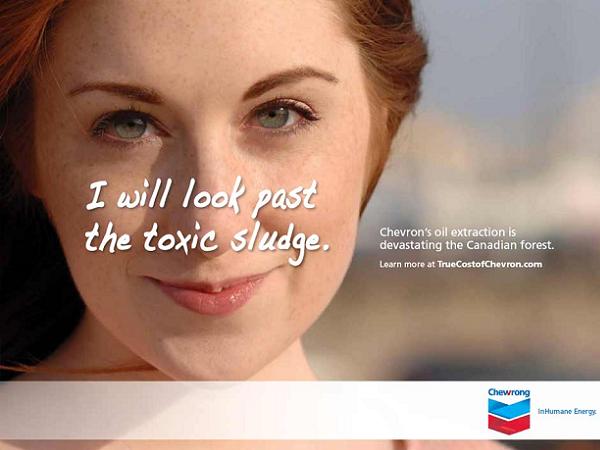 In Canada, the toxic burden on communities near the tar sands is already enormous. In addition to direct human exposure, oil contamination in the local watershed has led to arsenic in moose meat – a dietary staple for First Nations peoples – up to 33 times acceptable levels. Drinking water has also been contaminated. 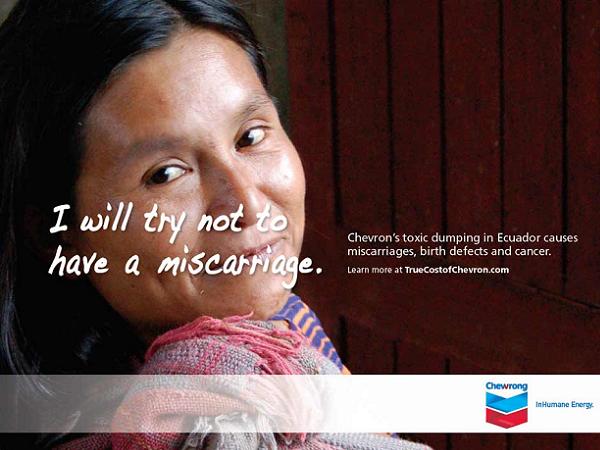 While drilling in the Ecuadorian Amazon from 1964 to 1990, Texaco – which merged with Chevron in 2001 – deliberately dumped more than 18 billion gallons of toxic wastewater, spilled roughly 17 million gallons of crude oil, and left hazardous waste in hundreds of open pits dug out of the forest floor. 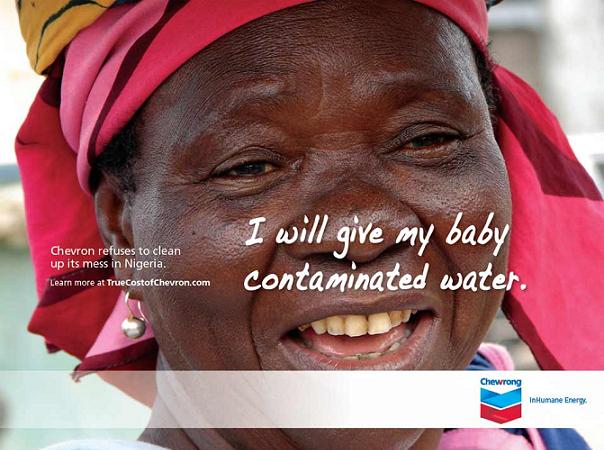 Chevron continues to employ and pay the notoriously brutal Nigerian military to provide it with security services. 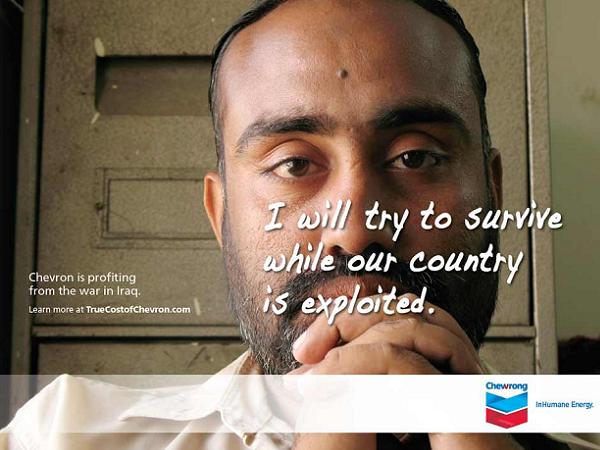 In 2007, Chevron paid $30 million to settle charges brought by the U.S. Securities and Exchange Commission that it had paid illegal kickbacks to the Hussein regime to win its Iraqi marketing contracts, after it was revealed that Hussein had established a worldwide network of oil companies and countries that secretly helped Iraq generate about $11 billion in illegal income from oil sales. 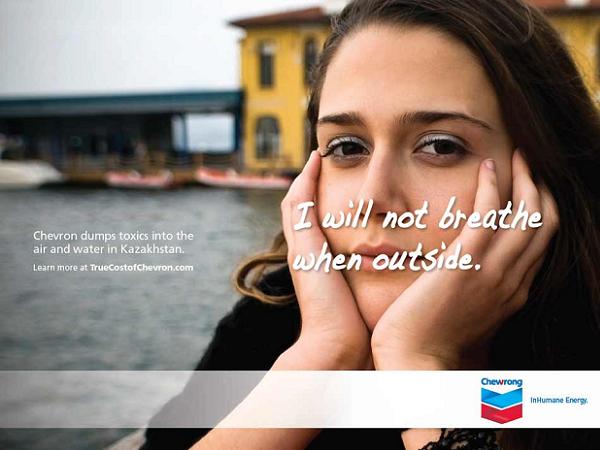 The surrounding populations began to suffer greatly from an unprecedented variety of illnesses upon development of the [oil] fields, including respiratory illnesses, blood illnesses, cardiovascular illnesses, and high levels of stillborn babies, all of which medical specialists have determined to be directly related to the oil industry.

Amazon Watch, one of the organizations in the coalition behind True Cost of Chevron, tried to sell the ads to CBS, which rejected the offer. Within 24 hours, visitors to the True Cost of Chevron site had downloaded the ads and pasted them around San Francisco.

Want to make sure your money is supporting truly green companies? Check out “10 Brands That Don’t Deserve to Declare Themselves Green” and “10 Tested and True Green Companies.”

Tagged
Sustainability United States
What did you think of this story?
Meh
Good
Awesome