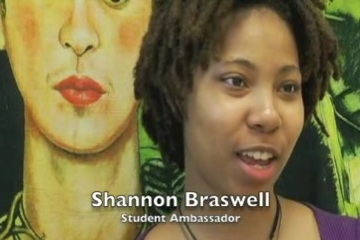 I learned about Ambassadors for a United Lawndale after reading a post on the blog of MatadorU student and contributor Linda Golden. Lawndale is a Chicago neighborhood, and Chicago, if you’re not familiar, has long been plagued by interracial misunderstanding and violence, especially between African American and Latino communities.

I’ve never been to Chicago myself (yet… Katie Hammel’s Chicago on a Budget has had me stoked about getting to middle America for a while now and Matador’s resident social entrepreneur, Allen Burt, lives there), but I first read about some of the city’s racial tensions in sociologist Sudhir Venkatesh’s Gang Leader for a Day.

I’ve also learned about the effects of those tensions by keeping up with Michael Skolnik of Russell Simmons’ Global Grind; among his many projects, Mike’s working to bring national attention to Chicago’s problems and its potential.

And it’s the potential that interests me as much–no, more, way more–than Chicago’s problems.

That’s why I was really interested in Linda’s blog post about Ambassadors for a United Lawndale, a group of Blacks and Latinos coming together to learn about one another and their cultures. You can learn more about them in the video below.

And once you’ve watched the video, please consider voting for the video, which has been entered into the One Nation One Chicago Film Contest. Yes, you have to register. Yes, it’s a pain in the ass. But 2 minutes of your time might result in $20,000 for the Ambassadors for a United Lawndale, which they’ll use to continue their good work.

All of Matador’s articles about Chicago can be found on our Chicago Focus Page.